This is an important movie. It’s a movie that tackles a difficult and somewhat controversial subject in the United States and a lot of other countries. Here we have a harrowing, yet beautiful story about a teenager coming to terms with being different from the rest, a teenager that has to find his place in society and accept with what sets him apart from the rest: his homosexuality. Though officially titled “A Nightmare on Elm Street Part 2: Freddy’s Revenge” I think this movie should have been called: “A Nightmare on Brokeback Mountain”. 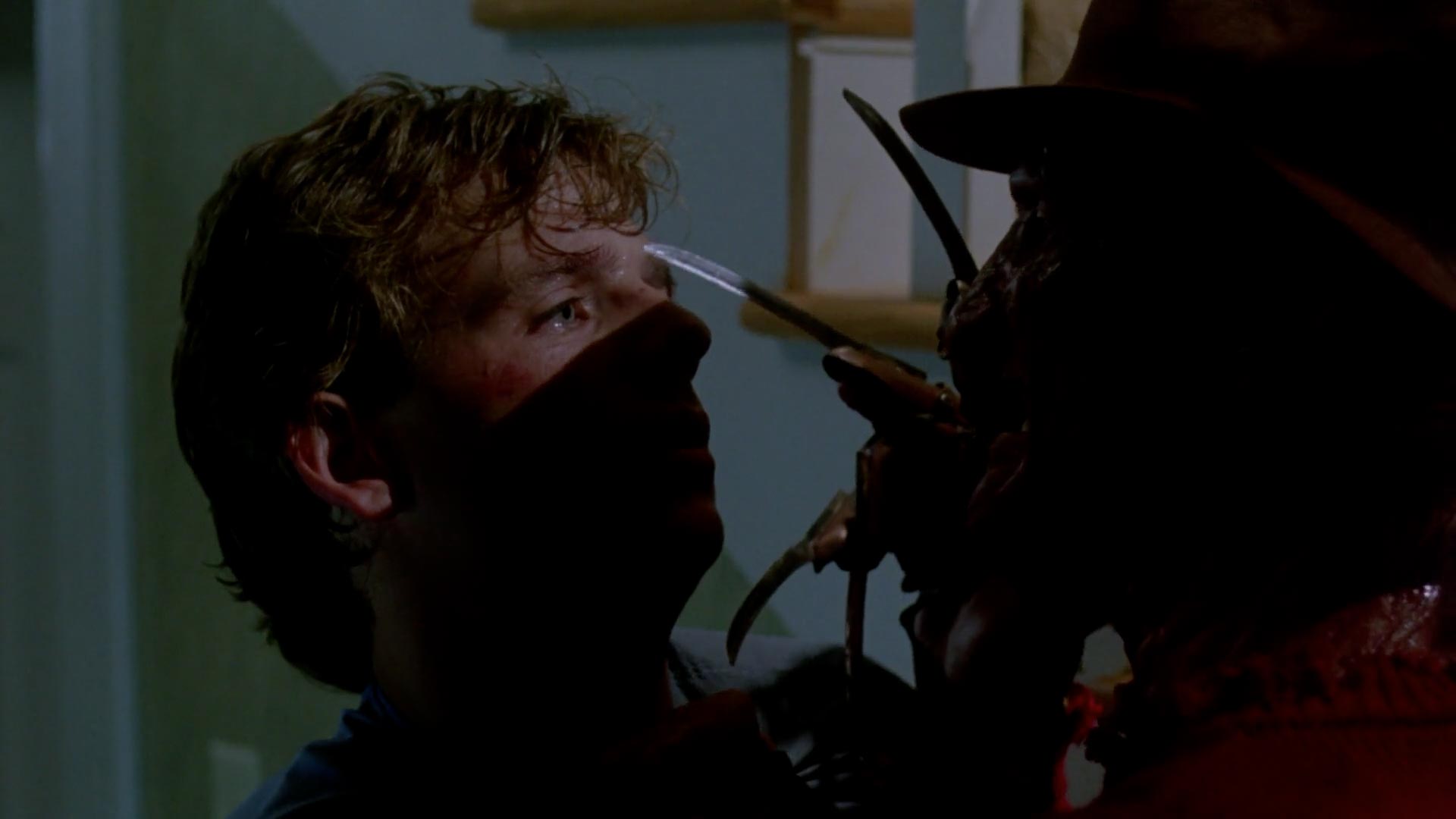 Not quite the description one would expect from the sequel to A Nightmare On Elm Street, but it’s a fitting description as this movie takes a different direction in terms of style, story and tone compared to the original. Nobody of the previous movie returns though they are mentioned multiple times and Nancy’s diary, of which we never saw her keeping one, provides the lead character of Jesse (Mark Patton) with clues to what is going on. On the surface this movie is about Freddy Krueger who’s trying to get into the real world through the body of Jesse; a teenager whose body he controls throughout the movie to kill people in real life. He’s also able to use telekinesis in the real world and have a parakeet perform a spontaneous combustion. Beneath the surface it all seems to be a symbol of the repressed homosexuality of the lead character.

Released within a year after the original surprise hit movie this sequel was a rush job, which shows throughout the movie. The writer probably had some trouble deciding where to pick up and sets the movie 5 years into the future and has Freddy being stuck inside of the Elm Street house Nancy lived in. Instead of haunting teenagers in their dreams and killing them he haunts only the dreams of Jesse and seemingly takes over his body at night. This creates a strange atmosphere in the movie where it’s never quite clear if something is a dream or not. One of the most infamous moments in the movie, the gay bar scene and the subsequent murder of the sadistic gym teacher, seemingly are set in real life while Jesse is sleepwalking. 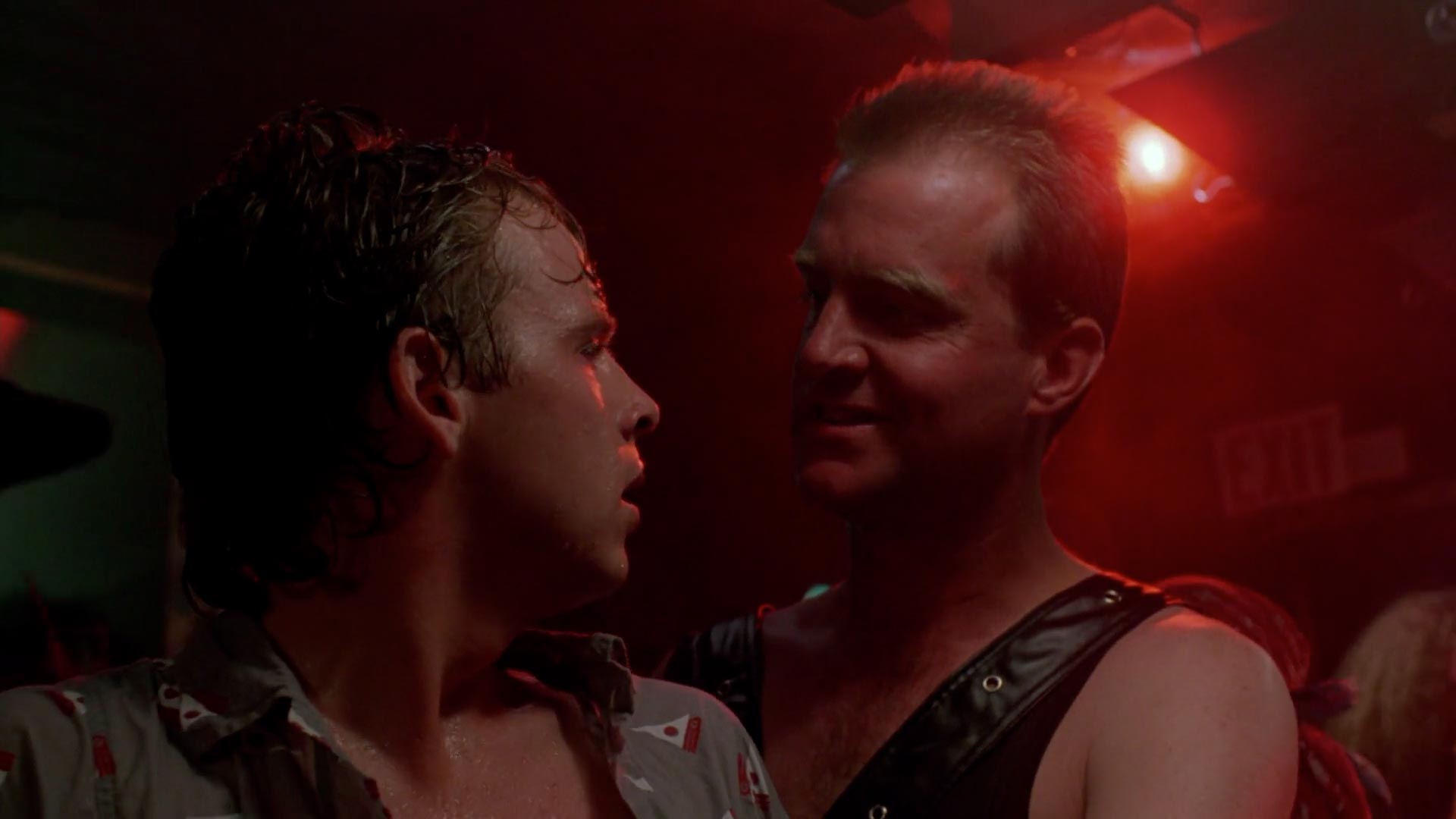 Krueger is still the serious killer, who doesn’t talk much, but still has some memorable quotes. Somehow he’s more of a supporting character and actually has only a handful of scenes. There are some impressive scenes featuring him, like the opening scene with the school bus. One of the few times this movie actually does something good.

The choice for a male lead instead of a female one doesn’t work, especially since this is a rather feminine male. Jesse is slowly going crazy and it’s accompanied by lots of whining and crying. And even when he’s acting “normal” you just have to frown, like when he cleans up his room and dances to an 80s tune with Elton John sunglasses on. 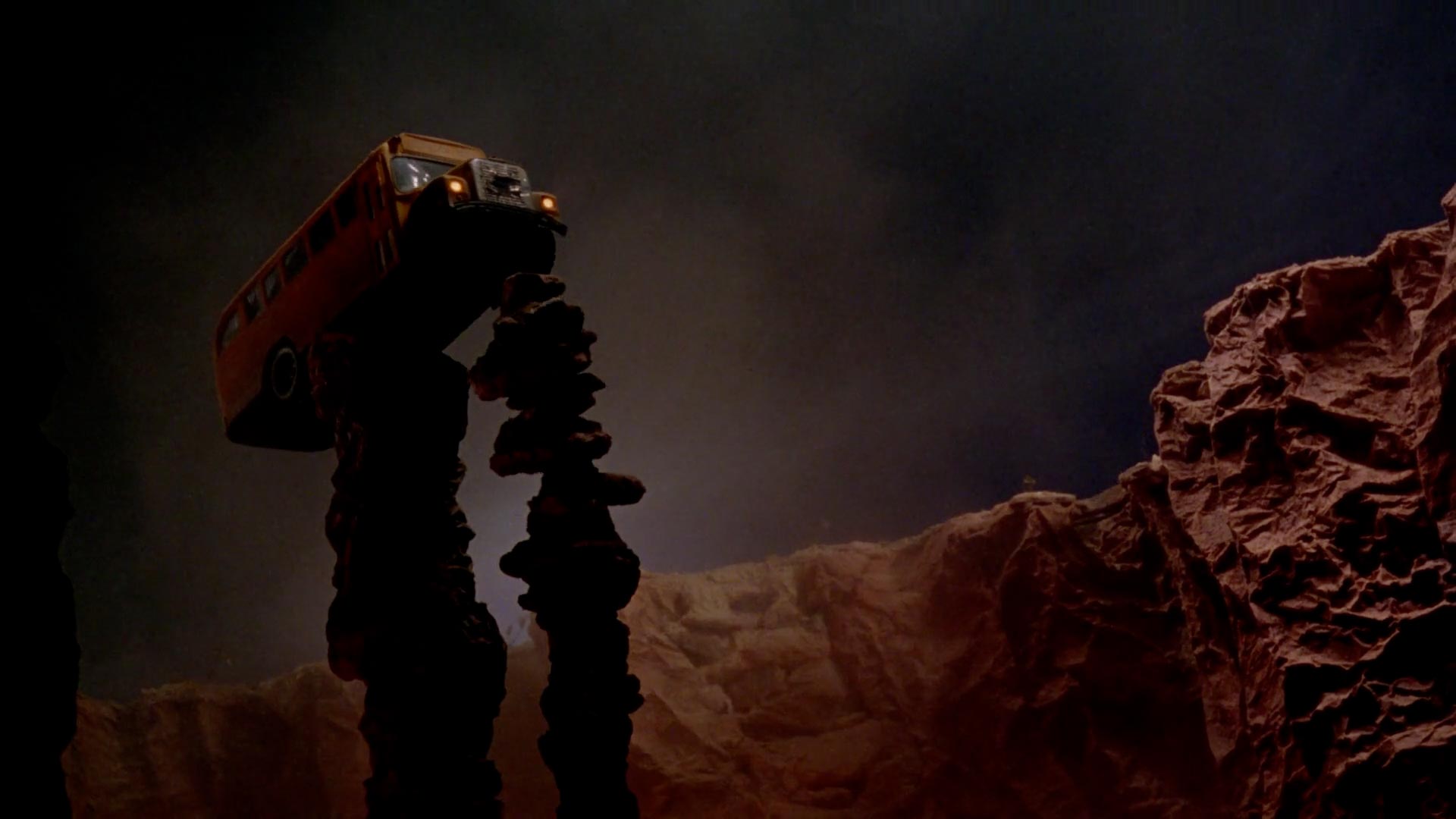 Then again it’s these things that actually make the movie watchable and funny after all these years. When you keep in mind that this is a movie about a gay guy it’s the ideal subject for a drinking game: drink whenever you spot a reference to his sexuality, whether it’s a quote like “Something is trying to get inside my body.”, random shots of Jesse in his underwear, props like a sign that reads “No chicks allowed” at first glance or just your average scene in a gay bar followed by some towel whipping of a male butt. You’re sure to end up wasted.

A Nightmare on Elm Street Part 2 is the “different” Elm Street movie, it follows different rules and applies different boundaries to the character of Freddy. The choices they made failed and render this one of the weaker movies of the series.