2010 starts off with a new Steven Seagal movie. And we’re only two weeks into the new year! Last two weeks have been rather Seagal-filled as I’ve been keeping up with his new reality show “Lawman”. So we have a TV-show that seems to get good ratings, an upcoming theatrical release with Machete where he plays a villain and a straight-to-DVD release that might actually be his best one yet. Yep, that’s right… after years of watching badly directed and choreographed movies with an exception here and there I found A Dangerous Man to be very enjoyable, with lots of good fights and a simple, but not too simple plot to keep things going. Not once did I look at my clock while watching this and from time to time I actually sat up in my chair with excitement and a smile on my face.

So the movie starts off with some punk trying to rob a woman. It turns out this woman is Seagal’s wife and so he pops up and gives him an ass-whooping. He manages to run off with Seagal chasing him and yelling “I’m gonna kill you…” Cut to a scene of said robber dead and Seagal, here playing a character named Shane Daniels, being the sole suspect. So he takes the blame because, as we learn during his questioning by the police, he’s a trained killer and all. Classic Seagal moment: the guy was Special Forces. After six years he’s being released from prison (where he wears a same kind of bandana as he did in prison in Half Past Dead) as a judge ruled that he was wrongfully convicted, but at that time his wife already left him which makes him bitter as hell. We don’t get to see much of his wife though so I’m not sure how their relationship was, but I’m guessing it was pretty good as we see her stripping down and giving him some sort of a lap dance during multiple flashbacks. Oh and over the opening credits, and any movie that has titties over the opening credits can’t be that bad right?

The reason I’m not sure about their relationship is because she breaks up with him while he’s in prison by letter. And not just a letter, a letter that’s supposed to look look like it’s handwritten but if you look closely you’ll see that it’s a handwriting-typeface. She could have just written the letter in the Comic Sans, the stone cold bitch. The letter does inform us that her name is Holly. The woman who ditched Seagal and made him feel this bad is only mentioned as his wife, even in the end-credits she’s credited as “Shane’s wife”

So he gets released from prison but has no where to go other than a liquor store at night. You’ll probably guess what he runs into here. A brutal classic Seagal moment #2 ensues here, and we’re only 10 minutes into the movie. 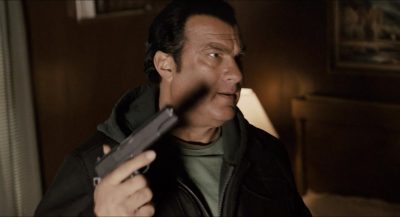 To cut things short he becomes a witness to some Chinese gangsters killing a police officer as well as trying to kill some young male witnesses. He steps in, saves one of the two guys and kills one of the Chinese guys while beating up the other pretty bad. They find a bag full of money and a girl drugged in the trunk of the car and flee the scene together. Seagal keeps the girl and the money and tries to figure out what to do with them. It turns out the girl was a hostage to make sure her Uncle (I’m not sure if that was his name or his relationship to her as he’s called uncle by pretty much everybody), who’s very important, does what the Chinese gangsters want from him. So Seagal now has Chinese gangsters wanting to kill him after him while the local police also can’t be trusted since they’re on the pay-roll of the Chinese. Luckily the guy he saved was Russian mob-related…

You probably know where it’s going to at this point; gunfights, hand-fights and buildings blowing up and more. Seagal uses little body doubles and as far as I could tell did all of his own voicing. At this point I’m very suspicious whenever he opens his mouth in his movies but it seemed that he did all of his own voice-work. There where moments where I thought his voice sounded off but then again he was throwing around an accent from time to time. Maybe they found a very good Seagal impersonator who knows, but if that is the case, he has me fooled.

The movie felt like a solid action movie like he did back in the day. Lots of action, a plot that’s easy to follow and a local setting. If there’s one thing director Keoni Waxman understands it’s that the setting is always a character in the movie too. So going to an eastern European country and placing some American cars in the frame isn’t going to fool anybody. And so, like in the last movie by him, The Keeper, he uses a real American location (or Canadian I think as both the girl playing Seagal’s wife as well as the female lead are from Vancouver. Other actors are also from Canada). The town where this takes place has that Twin Peaks atmosphere. High up north, mountains in the background, a bit damp. I thought that any minute John Rambo could be coming into town looking for a place to eat. 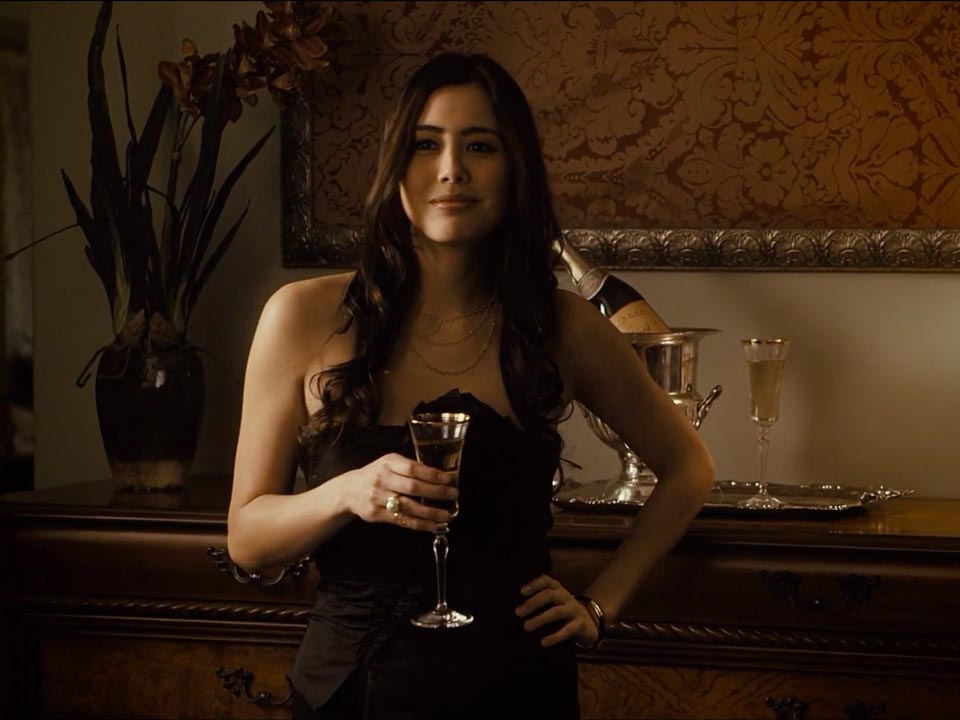 Seagal’s character is a bit different this time. More relentless as he doesn’t seem to care about anything and actually is operating on the wrong side of the law. He goes from simple self-defense to mutilation of his victims and at one point even removes the security tape of a store as he knows he’s releasing his frustration on his hapless victims and is breaking the law while doing so. But as always his heart is in the right place as he goes to great lengths to keep the girl in safety. Not to spoil anything but of course she makes it out of the story in one piece and actually end up being Seagal’s lover which kinda bothered me. During the movie I really thought that the girl would at least end up with the young Russian guy who’s more her age. But she ends up with Seagal who’s at least double her age. Now I couldn’t retrieve any birth dates on both Aidan Dee (Seagal’s wife) and Marlaina Mah (Tia, the girl ending up with Seagal and pictured here) but both have model backgrounds, only one or two movie-titles on their resume and look like their in their mid-twenties max. Now I don’t want to take away the man’s pleasure but I don’t think that Seagal, 58, should really have women who’ve just reached a legal age. It feels kind of forced, and unreal. To those women he should be more like an “uncle Casey”. 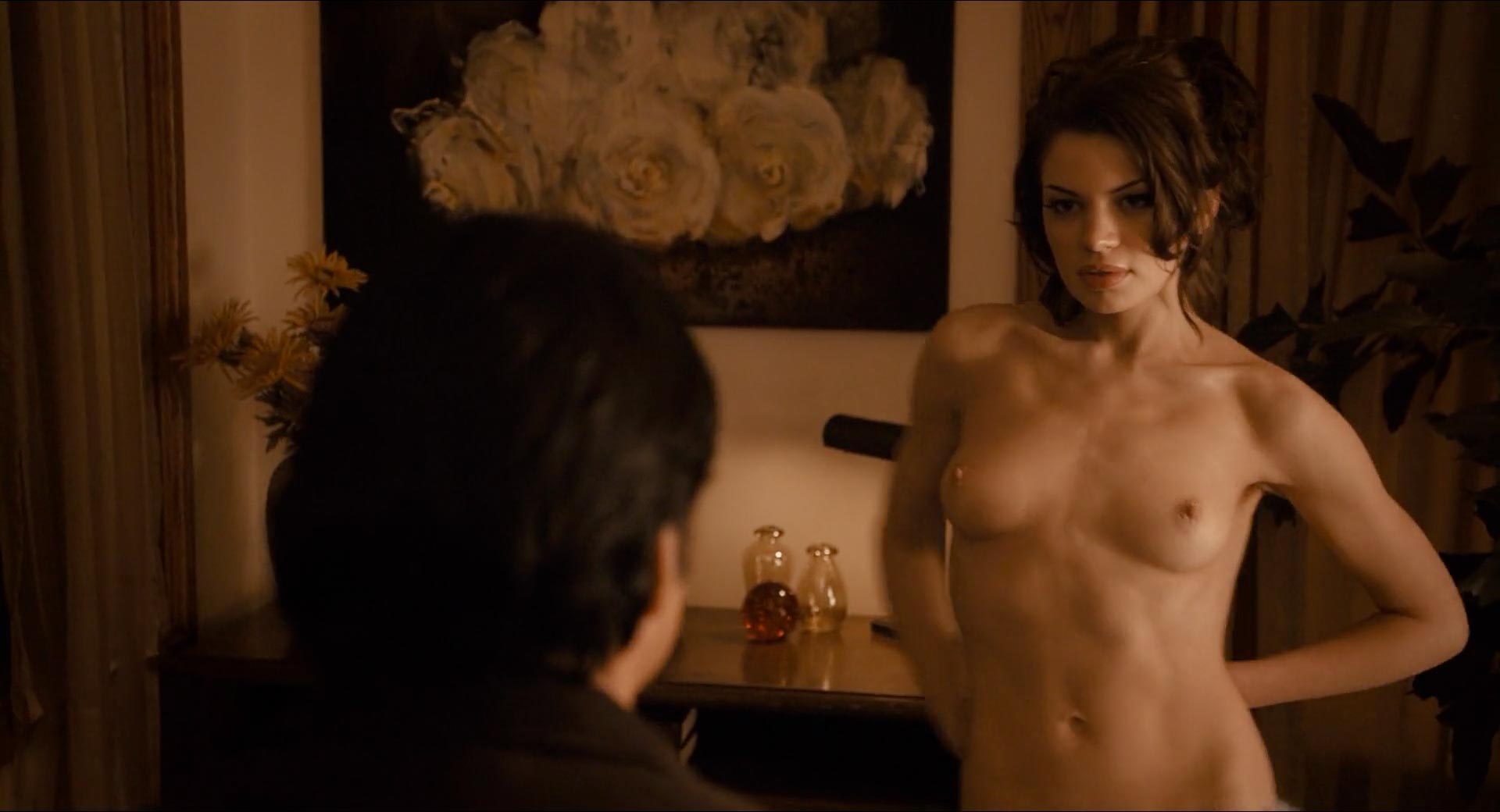 Seriously, this is Seagal’s wife. He could be her dad, maybe even her grandpa.

Now I might be a little too lyrical about this movie so don’t get me wrong: A Dangerous Man is still a B-actioner with Steven Seagal, but it’s a notch above what we’ve seen from him over the last couple of years. It might be the start of somewhat of a comeback. Who knows, if the show Lawman keeps on getting good ratings, Machete turns out to be good and his DTV efforts keep on to be this good Seagal’s career could get back on track and we don’t have to worry that something with the likes of Flight Of Fury will be the last movie we get before he retires.

Do I hear someone mentioning Under Siege 3?