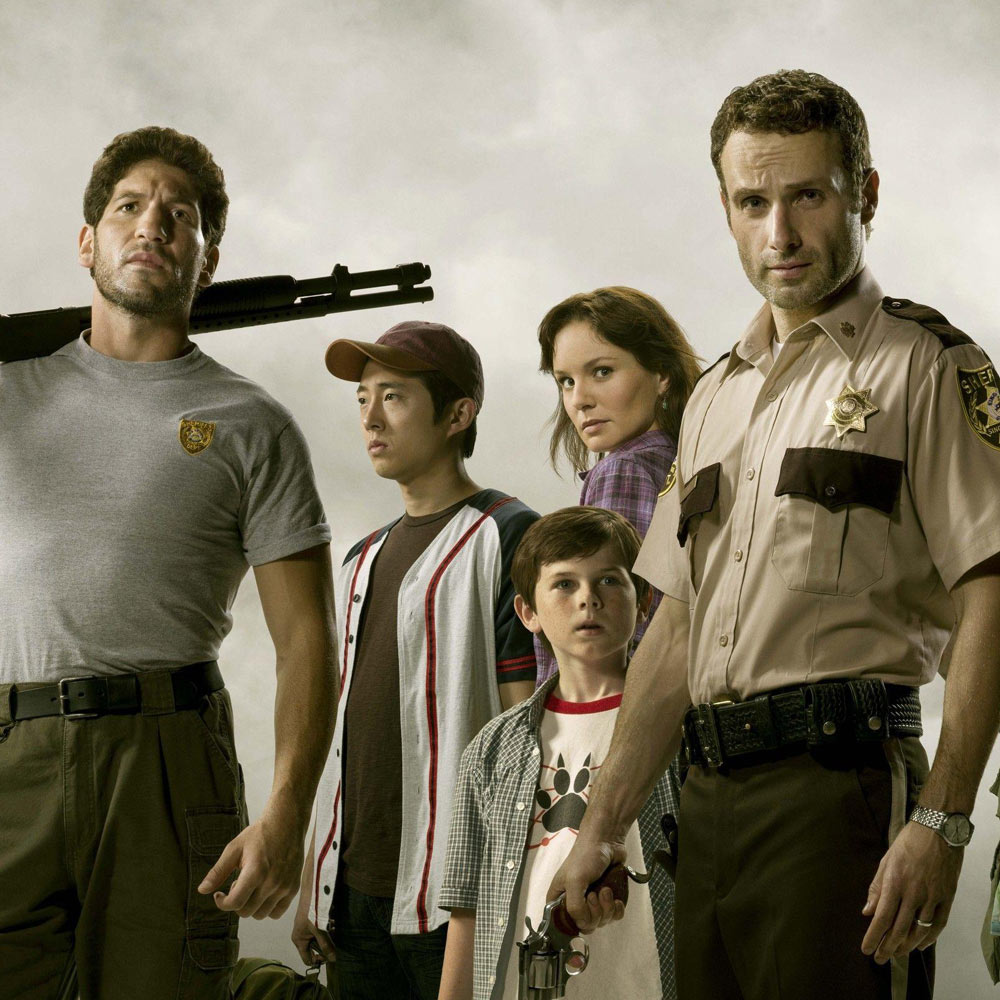 Picking a TV show to watch is something I take seriously. You’re often committing yourself to many hours of watching something that often lasts years. I approach TV shows almost the same way I do movies: no matter how bad a movie is, once I started watching it I’m going to sit through it. Only when a TV show works with (somewhat) standalone seasons I find it easier to stop watching. The superhero show Arrow is a fine example of a show I stopped watching this year after season four failed to improve over the already weak second and third season. Earlier I bailed out on Agents Of S.H.I.E.L.D. halfway through its second season because I just lost interest, though I hear it’s increased in quality over the last two seasons.

One of the reasons I have become so careful in picking a show to watch is Lost. Lost was a great show during its first season. The mystery was great, but season after season it became this monster they couldn’t contain. By the time the sixth season came along the island and it inhabitants had been confronted by smoke monsters, polar bears and even time travel. During its final season I was just watching the show because I had invested so much time in it, I just couldn’t walk away without seeing it through to the end. Not helping was the fact that the show had 24-episode seasons which is often the reason story lines feel so stretched out.

Aware of this problem with TV shows my solution was simple: pick shows that have already been aired completely, have self-contained seasons or are well into season 5 or something and have a positive word of mouth. This way I came upon great shows like The Sopranos, The Wire, The Shield, Breaking Bad, Firefly, The Americans, Orange Is The New Black, Jessica Jones and so on and so on. Occasionally I still fall into the trap I’m so carefully trying to avoid. Boardwalk Empire could have been better that I thought it was and the same goes for the show that is currently the most popular one on TV: The Walking Dead.

When The Walking Dead came along I was in between TV-shows so to speak. They aired a marathon of the first season before the start of the second season and with only seven episodes and a very positive word of mouth I decided to give it a try.

The first season of The walking Dead moved with a swift pace. Each episode stood on its own presenting the main character Rick with a task or an obstacle to overcome, often situated in the big city. They even created an objective: find a save haven from the zombies (or Walkers as the characters call them). By the time the seventh episode came along the characters ended up at the C.D.C. (Centers for Disease Control and Prevention) and the show even became about a cure for the zombie outbreak. Sadly Walkers took over the C.D.C., the whole building went up in flames and our characters ended up on a farm far way from the big city. This brings us to season two and the moment it all went downhill.

Having a success on their hands AMC wanted a full season instead of a mere 7 episodes. So season two of The Walking Dead consisted of 16 episodes. More than twice as much as the first season. One thing that remained the same was the budget. So now they had to shoot twice as much episodes at more than half the cost. This is why the show went from being set in the big city to being set in the countryside of Georgia. The change of location wasn’t the only problem. Because they had to fill twice as much episodes the majority of the episodes became filler. Season two is notorious for having a little girl go missing in the first episode and the cast looking for her for six episodes. When they actually do find her it turned out she was always right around the corner in a barn. This really pissed a lot of people off, and for good reason.

The second season also crafted The Walking Dead template which would be used in every season following. The main cast comes across a place that seems the perfect safe haven against the Walkers. They set up camp and occasionally have some arguments with the current residents and each other. They would also come across another group of people who they would get in a clinch with. At the end of the season the safe haven has become inhabitable and the central cast has to go find a new place.

First they find a farm, then an almost deserted prison. After the prison is destroyed during a small scale war with “the governor” everybody ends up at Terminus. This location turned out to be run by cannibals, so that was a no go. After they escape from Terminus, they end up in Alexandria: a gated community that has big enough walls to keep out the Walkers. At the time of writing they’re still living in Alexandria, but with the current threat called Negan walking around it’s probably safe to say that Alexandria’s demise is just a matter of time.

A show like the Walking Dead makes one wonder how we got civilized at all. Throw a few zombies in the mix and the whole world turns into some Mad Max inspired shit-hole.

At this point season 7 is halfway through and audiences are not too happy with the show. It keeps on using the same story over and over. The writers do their best to inject some fresh ideas. Mostly by splitting up the main cast of characters. This way the last week’s cliffhanger won’t be resolved the next week, because this week we’re catching up with a totally different character who you probably had forgotten all about. The problem is that by splitting up the characters it has become even more evident that the writers have no idea where to go from here. Basically all the characters end up in small communities until shit hits the fan. The same thing we have seen the entire cast do together in the previous seasons.

By now The Walking Dead feels like a soap-opera; New day, same shit. It doesn’t seem to go anywhere. Once Negan is out of the way another new bad guy will eventually pop up, starting the whole cycle all over again. There seems to be no endgame and this show is desperately in need of one.

At this point it seems as if the whole country has reverted back to medieval times. But how logical is it that the whole country, or world even, has been infested with Walkers? Surely there must be some location where people are still living normally and maybe working on a solution. Any Walker stumbling around through Australia is sure to be taken out by apex predators like the Crocodile. That’s just basic predatory behavior. Even if the entire world has been taken over by Walkers, there must be groups of people that are able to create some sort of civilization. I would like to see The Walking Dead move past the whole “Eat, sleep, fight walkers, repeat” plot the have been stretching for seven seasons now. I get it: civilization is like a delicate flower. That point has been made. Now it’s time to focus on something new. Either let them actually succeed in creating something of a large community or have them wiped out. Whether it’s by a horde of Walkers or humans, I don’t really care.

I might sound frustrated, but that because I fell into a trap I so carefully try to avoid when it comes to TV shows. This show makes me feel like I’m a brain-dead corpse who just so happen to stumble upon this show. When it comes to The Walking Dead: You are what you watch.