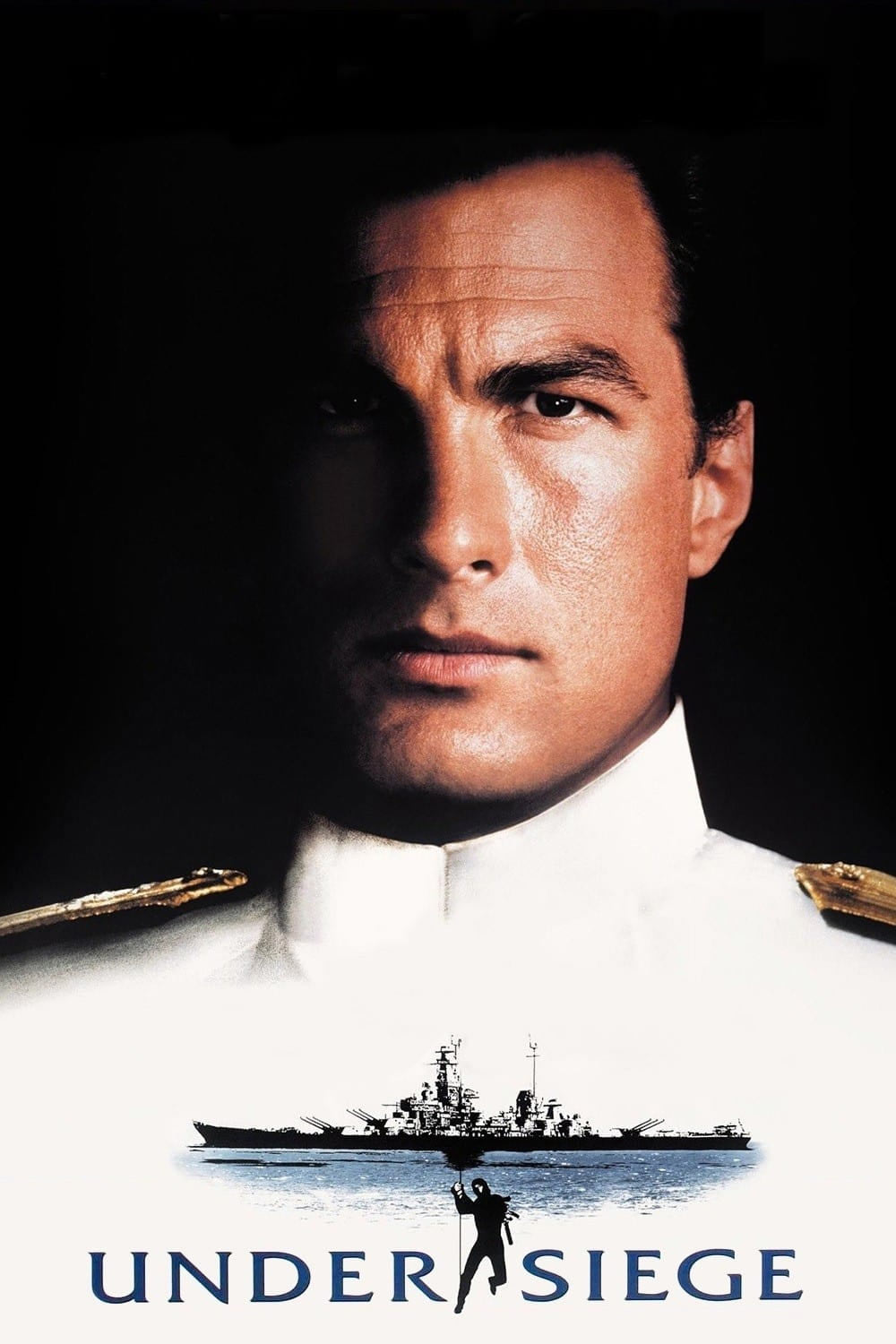 Is the main character an average Joe?
No, but he poses as one. Casey Ryback is a cook but just so happens to have a background as a highly trained Navy Seal (are there any other kind?)

Sidekick?
Yeah, Miss July 1989 in the form of Erika Eleniak as Jordan Tate. Later on a group of rescued marines tag along.

Any personal problems?
He has striked an officer who had gotten his men killed in a botched commando mission during the invasion of Panama. He lost his security clearance and was only able to serve as a yeoman or a cook. He chose to be a cook

Is the lead character there by coincidence?
Nope, he’s just doing his job. He does evade capture by coincidence because at the time of the takeover he was in the meat locker.

Are there any friends or family in danger?
His co-workers, they are, at the time, the closest to friends he has.

What’s at stake and why aren’t the authorities doing anything?
The USS Missouri, but more importantly some nuclear tipped warheads. The only thing the authorities can do is blow the ship out of the water but due to the work of Casey Ryback they’re holding off the attack.

Any charismatic villains?
Tommy Lee Jones as an Ex-CIA-agent and Gary Busey as the traitorous commander Krill.

Is it any good?
It’s widely regarded as Seagal’s best movie to date and one of the best copies of the formula. You can read my review here 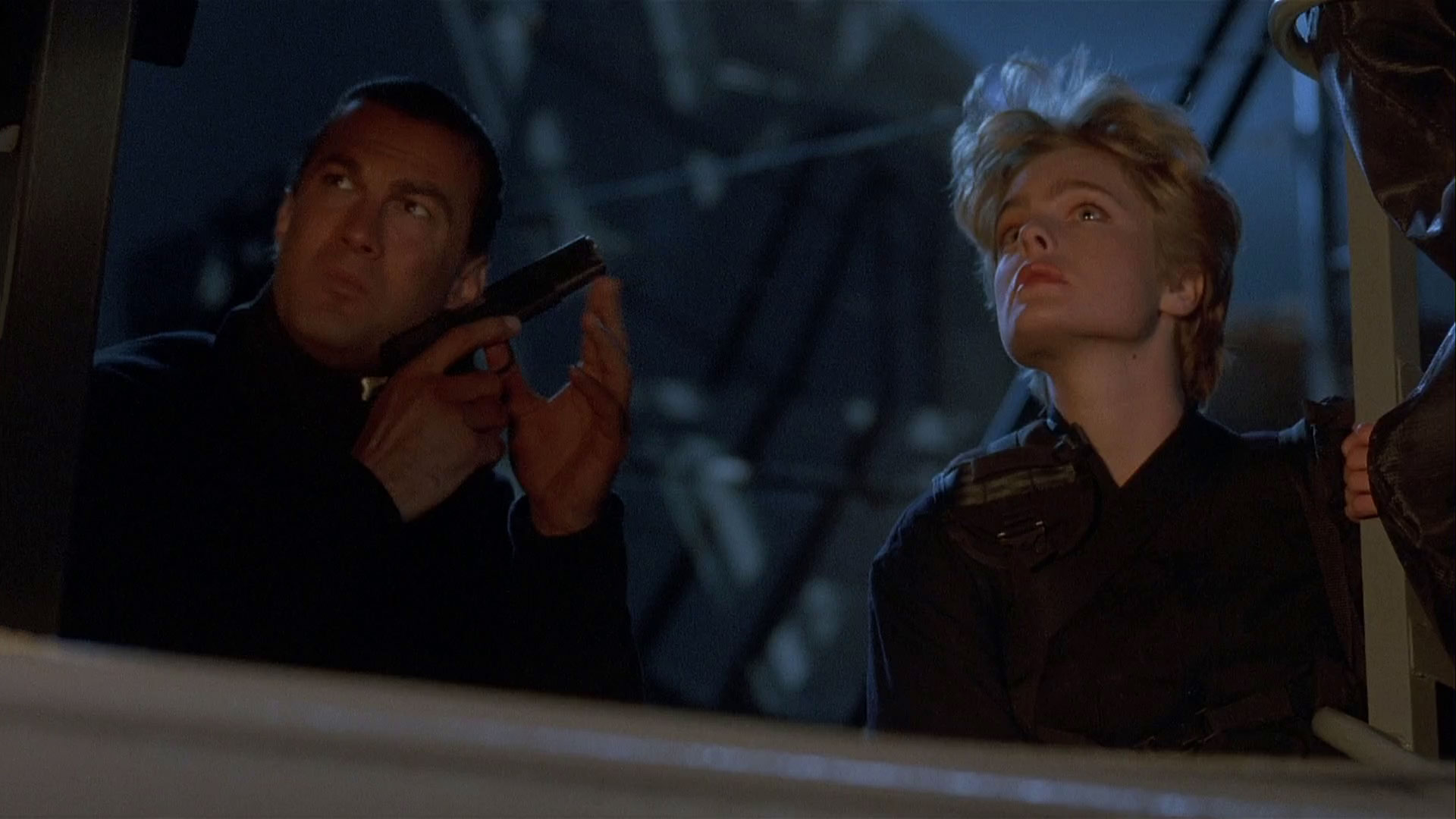