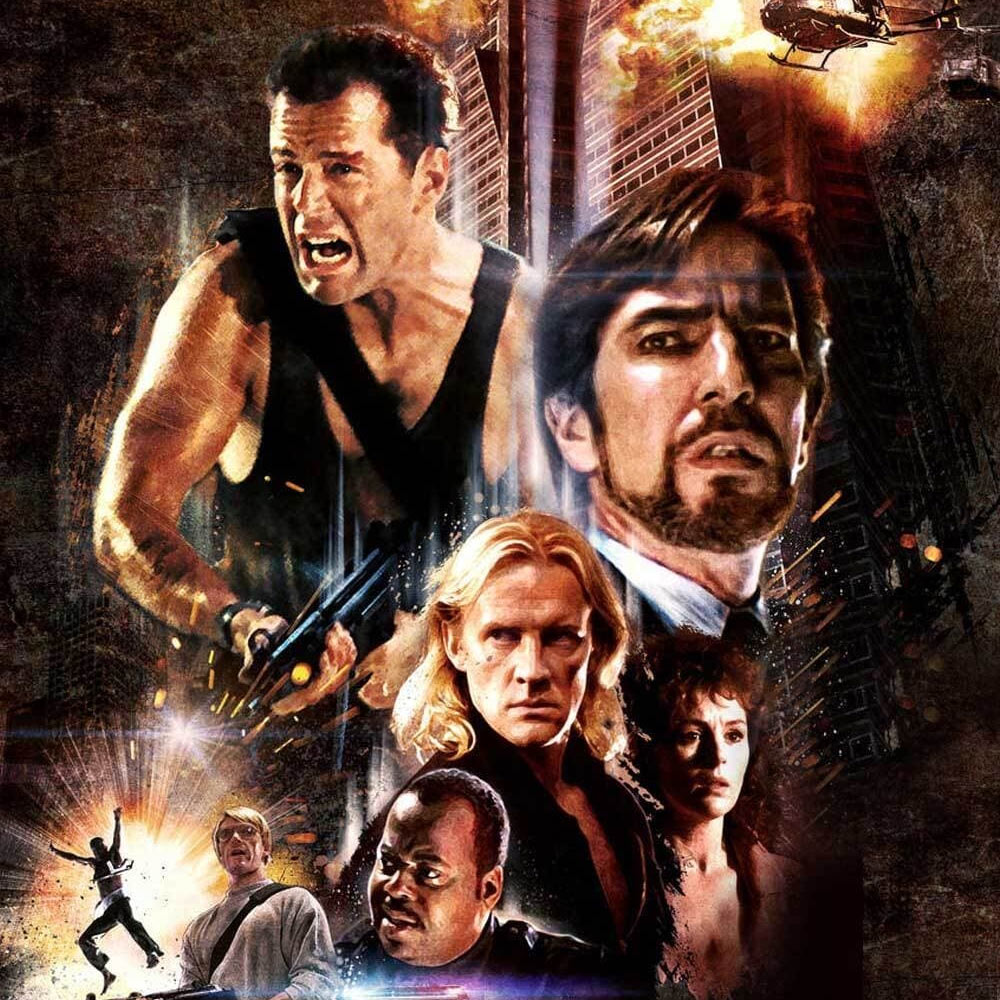 When Die Hard was released in 1988 it changed the way action movies were made. Normally the star of the movie was either a muscled guy (Arnie, Sly), skilled in Martial Arts (Seagal, Norris) or both (Van Damme, Lundgren). Then Bruce Willis came, fresh of the TV-show Moonlighting in a movie depicting an everyday cop who gets caught in a terrorist takeover of an office building. He alone must try to stop the terrorists and save his wife. The result was a blockbuster movie that redefined the face of action. No longer action films would require guys who have been working out 24/7, killing tons of 1-dimensional villains played by b-actors, while spouting one liners and not getting a scratch themselves. No, now every Joe the Plumber out there could stand up against mercenaries and save the day. This movie was called Die Hard and nowadays it’s an action classic.

The Die Hard formula has been copied so much since Die Hard 2 also proved to be a box office smash, that this year, 21 years after the release of the original, it saw its own spoof: Paul Blart: Mall Cop. In that movie an overweight mall cop must fight thieves who have taken over the mall and hold a couple of people hostage including his daughter and the woman he fancies. As you can read the plot is similar to that of Die Hard and uses elements that define Die Hard and all the movies that copied its formula. These elements are:

A lot of movies used this template but none of them ever reached the quality of the original Die Hard. Not even the direct sequels although they are all good action films. Ironically enough the sequels stray further from the formula than most of the clones that have been released over the course of the last 21 years. Let’s take a chronological look at the heritage of Die Hard: