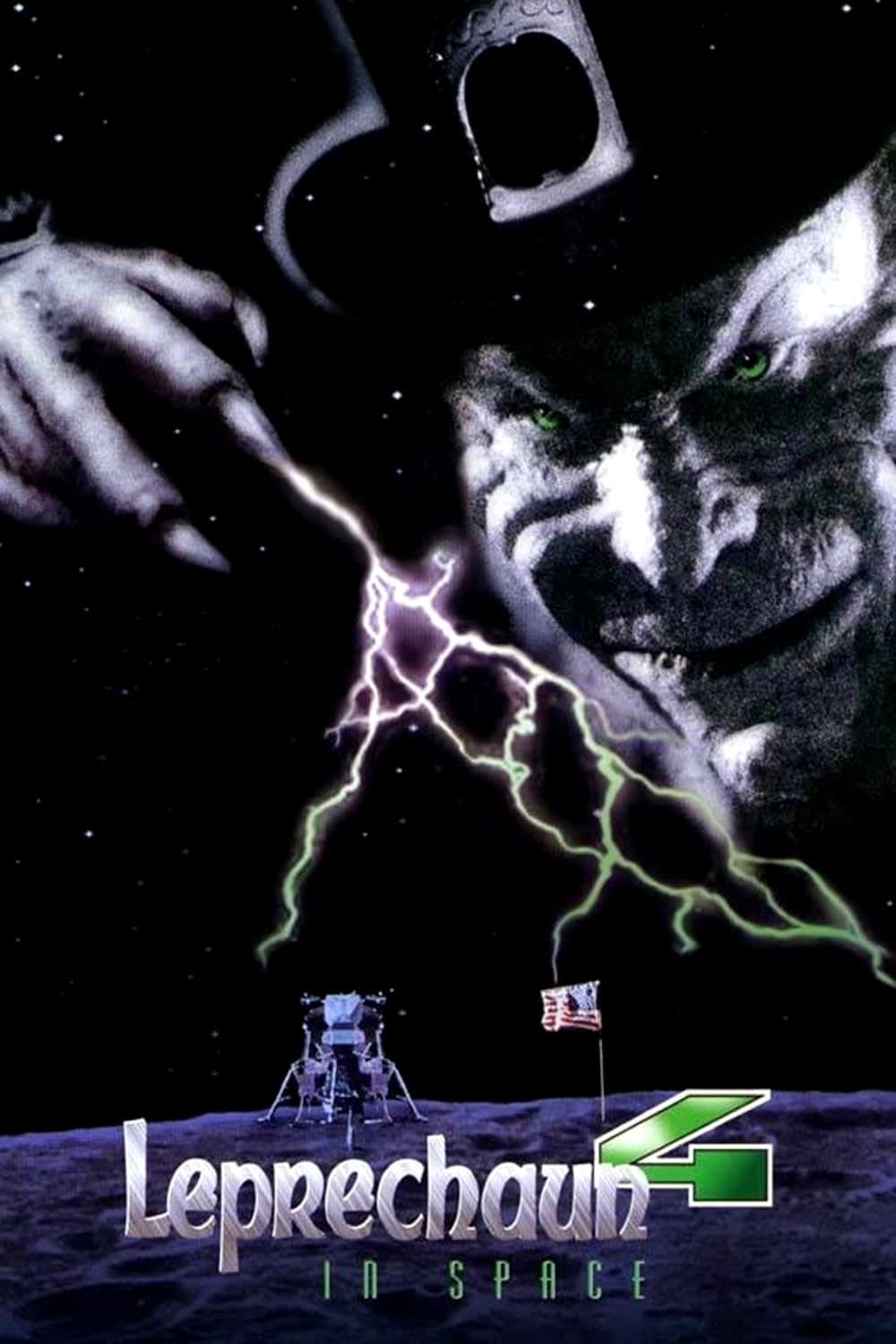 No one will ever mistake the Leprechaun series for a good franchise. Basically all installments are considered bad and none of them has a positive rating on the IMDb. The worst one however is part 4. Compared to that one all the other installments look like Citizen Kane. This one takes the Leprechaun up to a place where more horror-characters eventually end up: in space. Now this movie is a terrible mess with Lt. Gruber from “Allo, Allo” as a half robot half human character. He at one point has a gag-ball in his mouth. Now the whole movie is about the Leprechaun taking it up against the crew of a space ship because they have his princess. Basically your Alien Rip-off. The only horror character that ended up stalking his victims in space and managing to actually make a fairly interesting movie is Jason Voorhees in Jason X. Now the next movie in the franchise was “Leprechaun in the Hood” which starred Ice-T and was about a magic flute. It also had the Leprechaun rapping. Sounds like a pretty bad movie right? Well it was, but part 4 was even worse. That’s how bad it is.

Indiana Jones and the Kingdom of the Crystal Skull 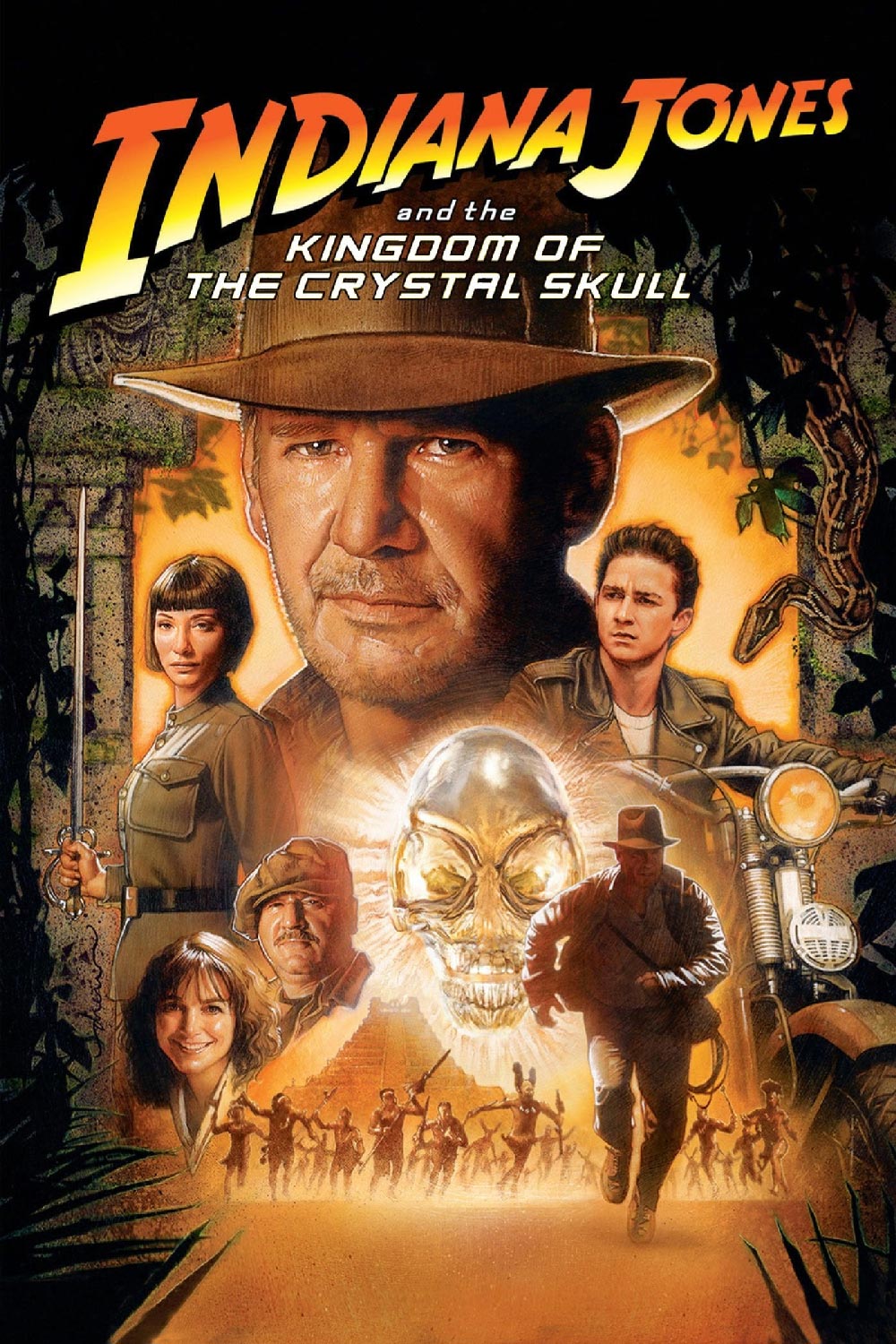 Indy returned after being absent from the big screen for almost 20 years. The first 3 movies have become classics and are loved world wide, especially “Raiders of the lost ark” and “The last crusade”. Of the trilogy “The Temple of Doom” was considered the weakest with it’s rather dark theme. Spielberg and Lucas did everything to bring back that old magic: Harrison dons the fedora, Spielberg directs, Lucas writes, Drew Struzan paints the posters. We get a MacGuffin, Marion showing up and a nostalgic feeling with the 50’s setting. How and where could they go wrong? Well, right from the start actually when a CGI gopher turns up and Indy survives a nuclear blast by hiding in a fridge. Flying The Fridge is the new Jumping The Shark I guess. At the end the movie manages to piss a lot of people off by giving us aliens and a UFO; Indian Jones and The Extra-Terrestrial. The movie is solid entertainment and not an absolute piece of trash like some of the other films mentioned but it’s not a worthy addition to what was once a solid classic trilogy. 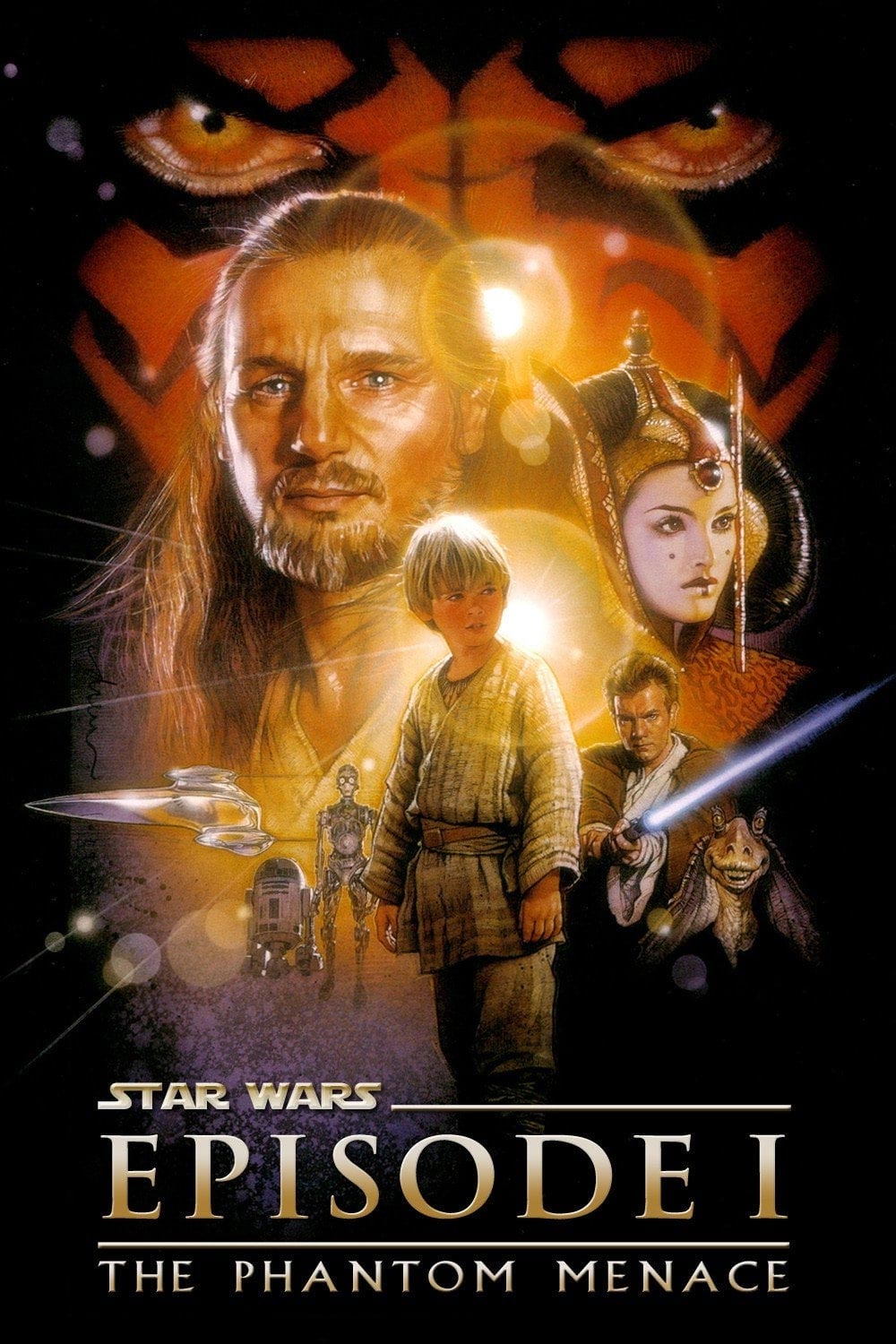 Probably the most anticipated movie of 1999. The whole world was waiting for a new Star Wars release especially after seeing the original trilogy having been released with newly added CGI-effects. How could this movie go wrong? There where no signs of any Ewoks being around so there’s nothing to be afraid of everybody thought. Episode I turned out to be the biggest disappointment of that year, next to Wild Wild West. 1999 became the year of The Matrix and The Blair Witch Project, two movies nobody saw coming. Episode I has it’s moments, like the pod-race, but other than that there really is a lot to complain about: The movie is too long, Jar Jar Binks is more annoying than all of the Ewoks together, Jake Lloyd as little Anakin irritates almost everybody who sees the film, with his constant “Jippies”. Visually it’s a stunning movie but it doesn’t have more to offer than pretty picture. Episode II and III were better but not much. At least they were met with slightly lesser anticipation than Episode I. People expected so much of it and it didn’t even deliver half. The Force was not strong with this movie and that makes The Phantom Menace the black asteroid in the Star Wars universe. 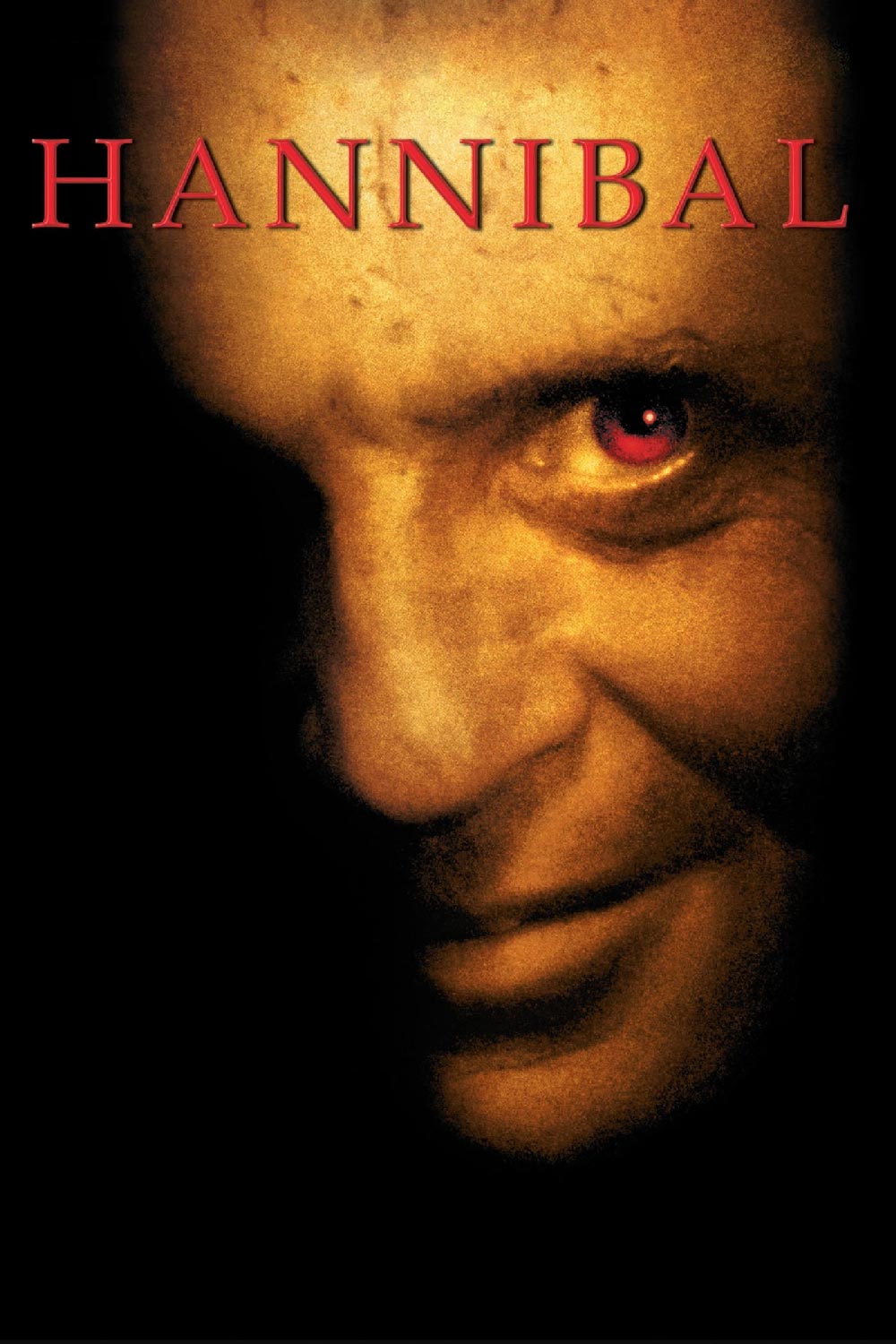 Ten years after “The Silence Of The Lambs” came this direct sequel. Most of the buzz around the film was about the gore and not about the quality of the movie. While beautifully shot and with great acting talent aboard the movie never even comes close to the quality of “The Silence Of The Lambs”. Somehow a free Hannibal Lecter is less scary than one behind bars. Reviews were negative but due to the news articles about people fainting during this movie it became a hit. It was followed by Red Dragon. A remake of the first movie Manhunter (with Brian Cox in the Hannibal role). That movie, while not great, is generally received to be better than Hannibal. The franchise was, for now, concluded with the prequel Hannibal Rising. An utterly forgettable movie and maybe even worse than Hannibal but like Manhunter it isn’t really considered a part of the franchise, even though in strict terms it is. People see the movies starring Anthony Hopkins as a trilogy, and from that trilogy Hannibal is the black sheep.

Superman IV: The Quest for Peace 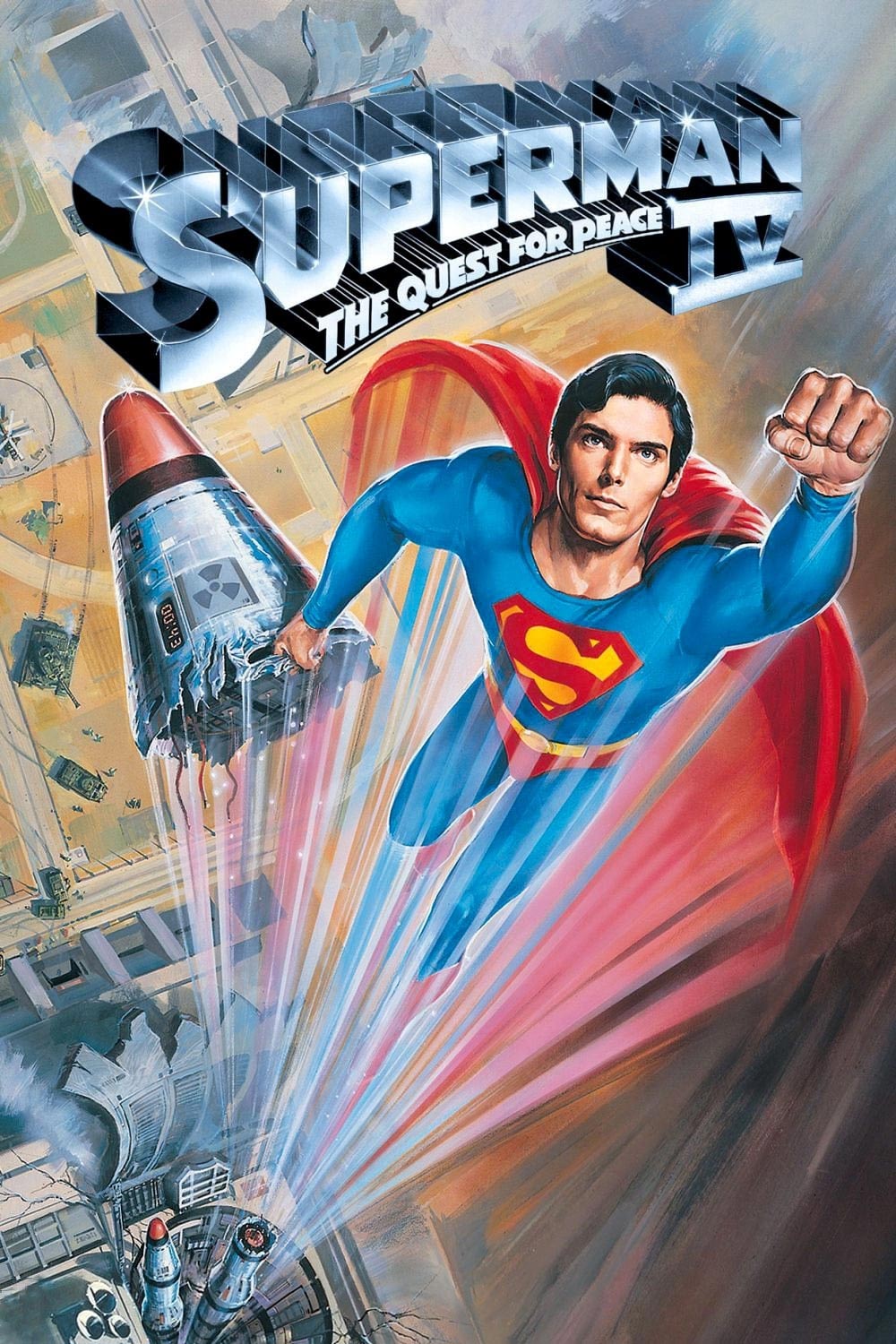 Superman IV was the last of the movies starring Christopher Reeve as the titular character in which Superman has to battle a solar-powered evil clone of Superman called Nuclear Man who was created by his arch-nemesis Lex Luthor (once again played by a paycheck collecting Gene Hackman, who probably doesn’t have this movie on his resume). This movie follows the mediocre Superman III and was produced after the producers of the first 3 Superman movies sold the rights to Cannon films. Due to budget restraints there were cut-backs on basically every aspect of the film which naturally resulted in a movie with a very low budget feeling. Something that should not be the case when dealing with a high potential franchise like this. Just compare the title sequence of the first film with the one of Superman IV and it’s quite clear how the movie has declined in quality. It doesn’t help that the movie has a very weak script also and Nuclear Man is, simply put, an awful villain. The movie tanked at the box office and got a negative reception by critics and audiences world wide which put the franchise into a dormant state. It would be 19 years until Warner Brothers produced a new installment called Superman Returns. The movie, directed by Bryan Singer, starts of where part 2 ended, completely ignoring parts 3 and 4. Sadly the movie didn’t capture the magic of the first two movies and performed below expectations. The franchise is now dormant again although there are constant rumors about a new reboot. 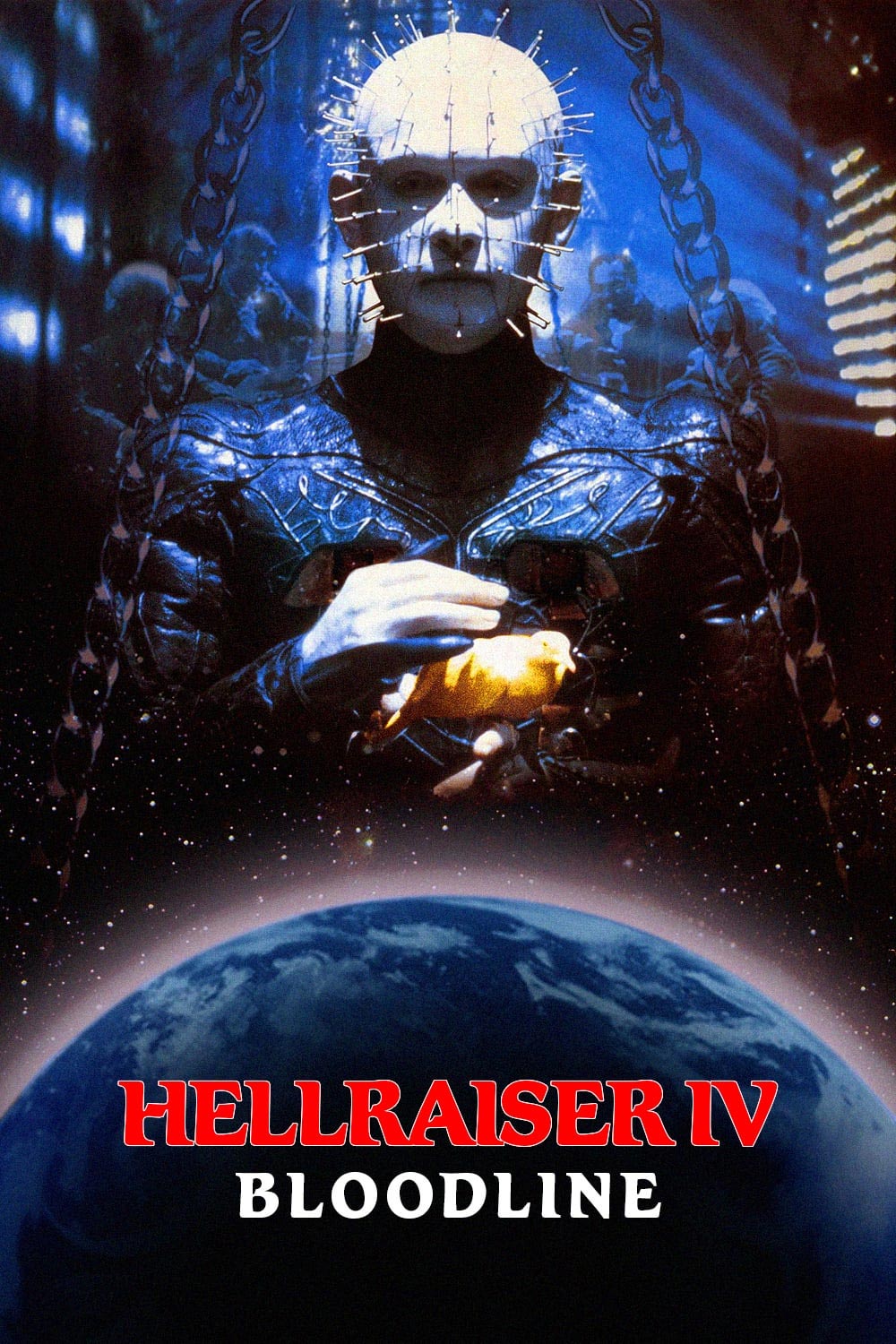 Hellraiser has become one of the bigger horror franchises and the “lead-character” Pinhead is as famous as Jason Voorhees and Freddy Krueger. I’ve put “lead-character” between quotes because originally Pinhead is just a supporting character with a minimum of screen time in the first two movies. That changed when Hellraiser III: Hell on Earth was released and Pinhead became the star of show spouting of one snappy monologue after another. Even though I personally loved it there have been many criticisms of this movie making Pinhead a standard slasher character. But things were about to get worse: in 1996 Hellraiser: Bloodline was released on a high profile. This was the most ambitious Hellraiser movie of them all and was even released theatrically in The Netherlands (all previous films went straight to video, most hardcore horror movies don’t grace the big screen here). Hellraiser: Bloodline covers the birth of the box, the events after part 3 and the death of Pinhead in the future in space. Yes, this horror icon also got his feet aboard a space ship. The movie just wants too much in too little running time. Just before the release the movie studio, Miramax, had some scenes reshot and some deleted which resulted in the original director disowning the movie. The quality and the negative reception of the movie put the franchise in a coma. In 2000 it was revived by the DTV-sequel Hellraiser: Inferno. This movie went back to the roots of Pinhead being a supporting character much to disappointment by fans who’ve gotten used to the movies revolving around Pinhead. After this there were another 3 sequels all of them with scripts in which Pinhead is a supporting character. In most cases they were scripts for other movies which had the Hellraiser-elements quickly written in at the last minute. One even puts Pinhead in a video game. These movies are all not very good, but never had the negative impact Bloodline did. At this point a reboot is being talked about.