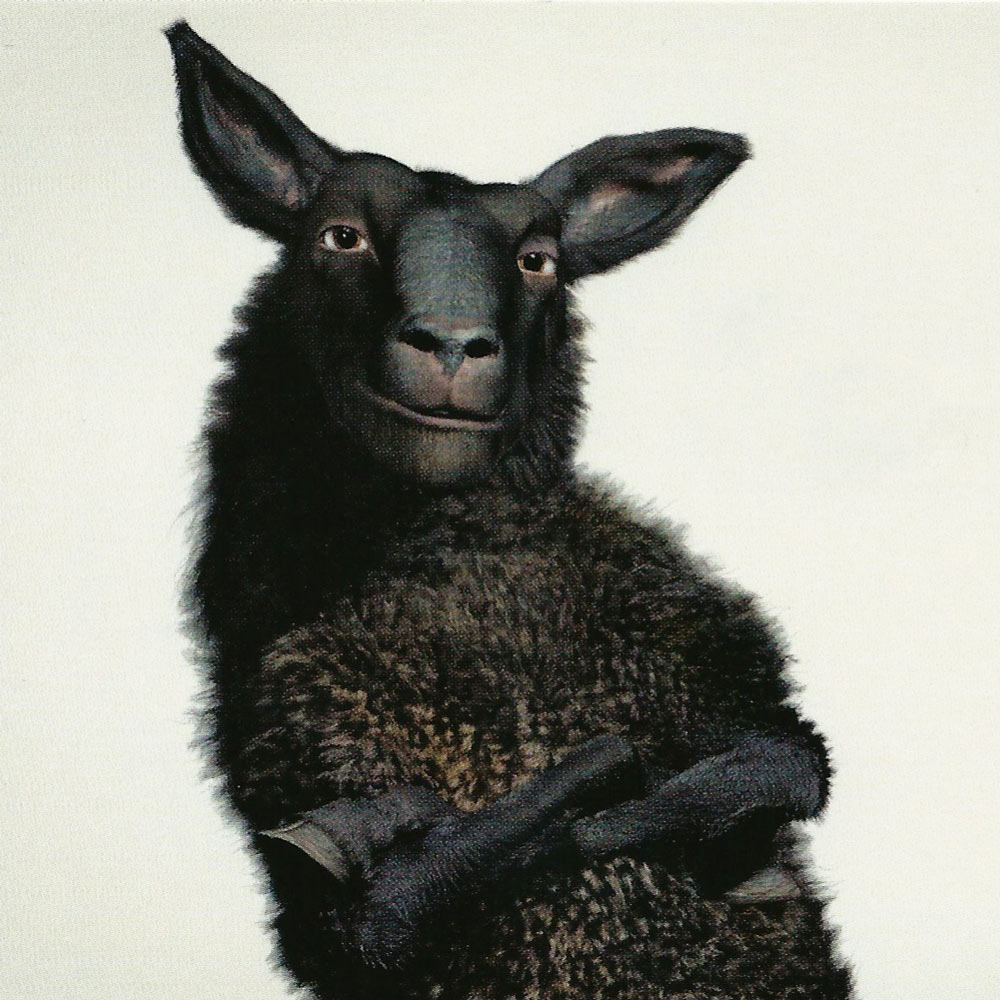 When a movie makes a lot of money it’s an easy call to order a sequel. The work has almost been done for you as the groundwork is already there. When the sequel is also successful you might have a possible franchise on your hand; the option to make a string of sequels each cashing in on their predecessors success. Just take a look at the Saw-franchise for a good example. Unfortunately, not every sequel is as good as the original and in some cases can even destroy a franchise. Most franchises have at least one installment that is generally conceived as the worst movie of them all. In a lot of cases it’s because the sequel tries to stray too far from the source material or the sequel generates a hype it can’t live up to. These movies are the black sheep of a franchise. Let’s take a look at some notorious movies hated by critics, fans and the general audience. 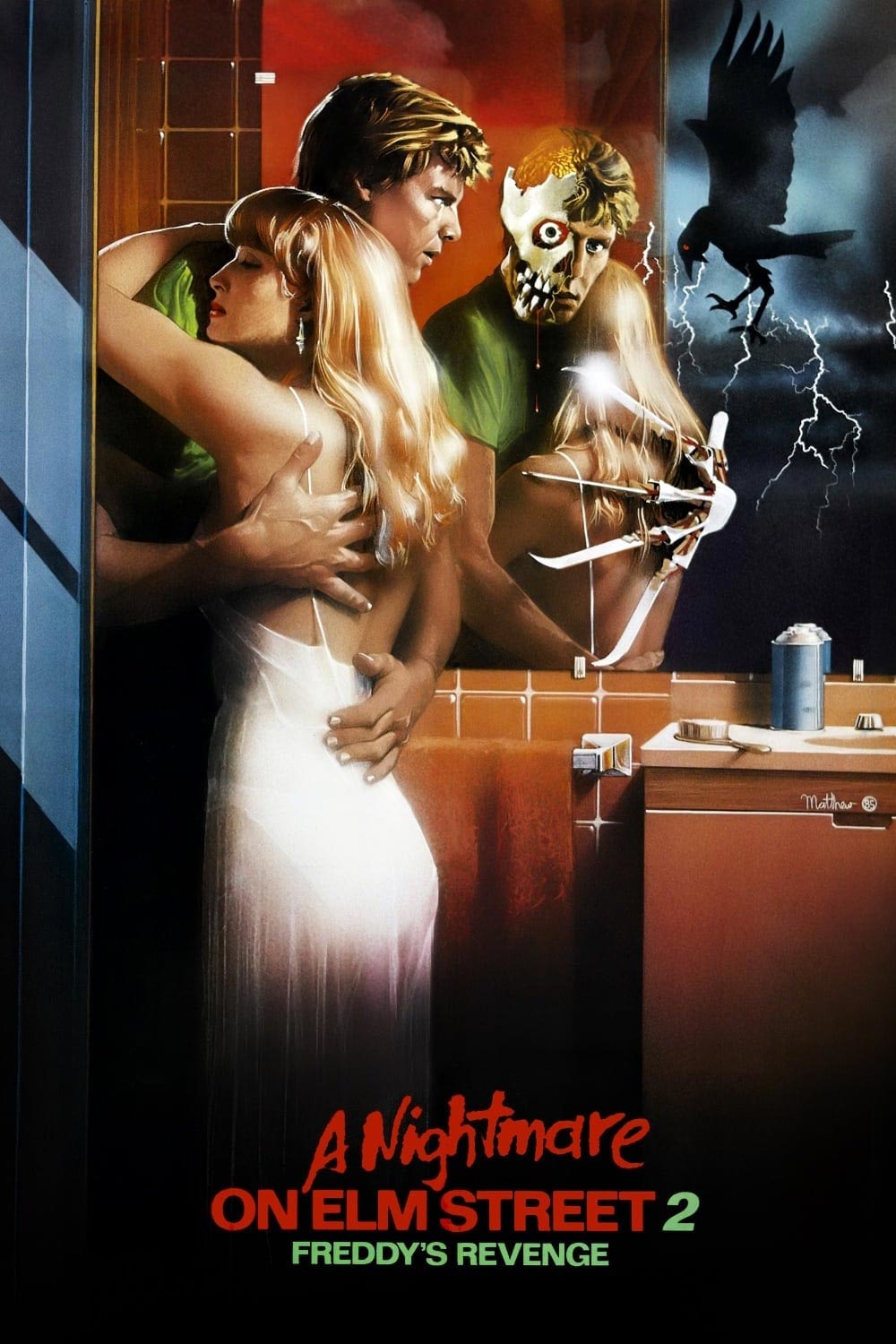 After the success of the original a sequel was quickly put into production. They lost all of the original cast, except Robert Englund, and went with a new angle for the second film. This time Freddy tries to come into the real world by possession of teenage boy Jessy. Freddy only exists in his dreams and people around Jesse start to die.
This movie has everything against it. The plot is uninvolving and didn’t quite work with what the original Elm Street laid out. The main character is a whiny douche you have absolutely zero sympathy for. Unfortunately he’s the main character so he lives in the end. Not helping the film are all sorts of gay-references spread throughout it including a scene in a gay S&M club in which the clearly closeted Jessy meets his bully gym teacher in S&M outfit and is taken back to the gym class for some midnight work out. For a fairly detailed description of all the gay references in Elm Street 2 I suggest this quite amusing article.
One of the other problems is that most of the dream sequences are fairly bland and they all are dreamed by the main character because he’s possessed. This movie could have been a sequel to The Exorcist instead of A Nightmare On Elm Street. Fortunately it was clear to the production company what was wrong with this film and with the aid of Wes Craven and some familiar characters from part 1 they gave Freddy a fresh and exciting return in A Nightmare on Elm Street 3: Dream Warriors in which he first started delivering one liners to accompany the creative deaths and it was this movie that became the template of 3 more sequels after it. 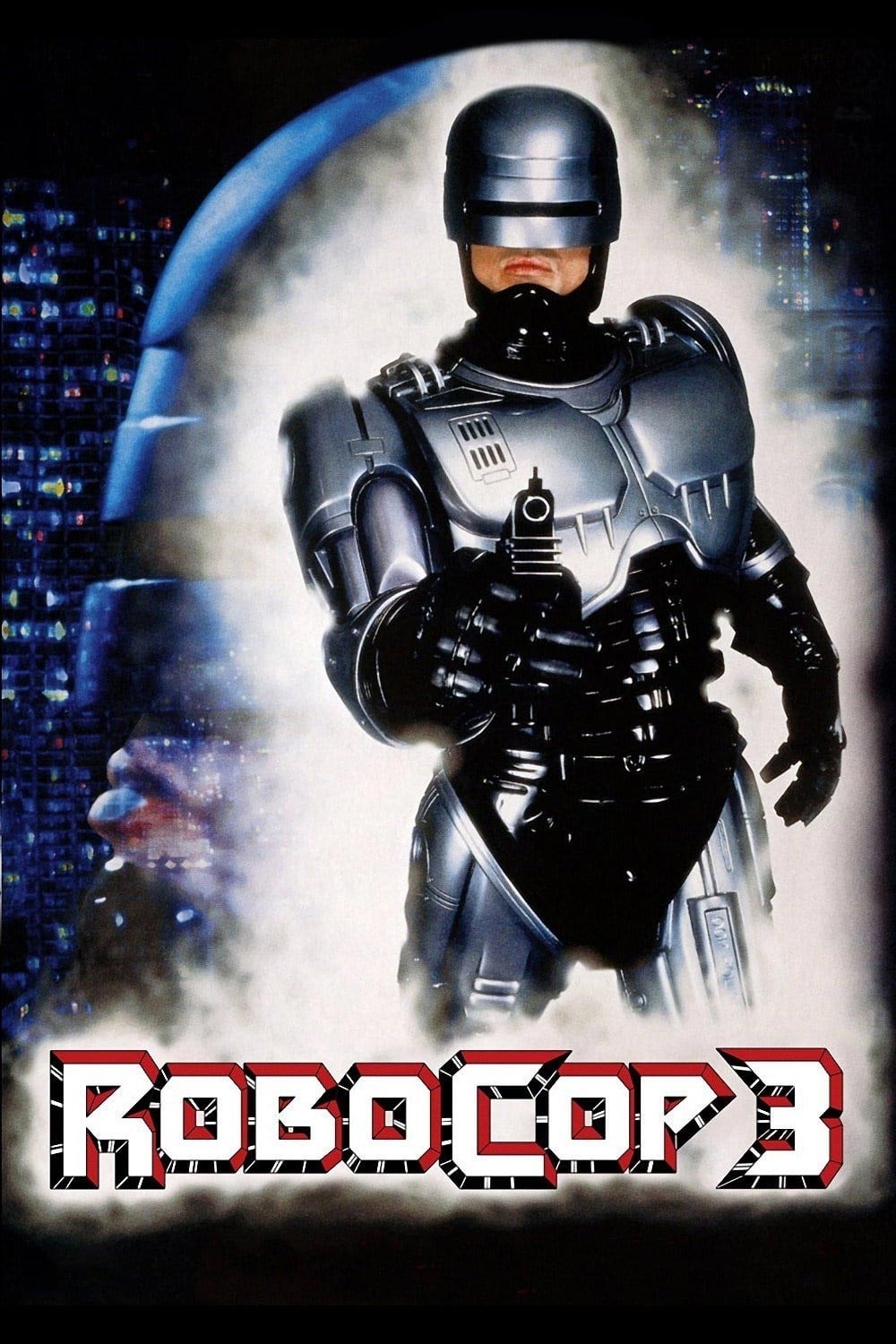 RoboCop was a surprise hit. What on paper sounds like a cheesy 80’s low budget sci-fi flick became a classic action movie and the Hollywood breakthrough of Dutch director Paul Verhoeven who’s direction elevated the movie and gave it a heart. Now with the first sequel RoboCop started showing signs of reaching it’s expiration date but it was still a fun movie. It was RoboCop 3 however that destroyed the franchise.
RoboCop 1 and 2 both excelled in over the top violence. Limbs were shot off, people were thrown out of cars, bodies were shot into pieces by heavy artillery and more. The themes were also more adult material like corporate greed and the loss of one’s family. RoboCop 3 tried to make the franchise kid friendly, a franchise that was originally aimed at adults. It’s probably a decision made due to the fact that there was a somewhat successful cartoon on TV at the time and the plans to make a live action TV-series following this movie. So a movie series defined by classic scenes full of violence, like when RoboCop shoots of a rapist testicles in part 1, is now reduced to a movie in which RoboCop shoots chandeliers to disable his enemies. To make thing even worse they also throw in a ninja (yes, a ninja) and kill off a beloved character.
After this movie there was a short-lived tv-series and a mini series in 2000. Both left no impression. A reboot is rumored for quite some time now. 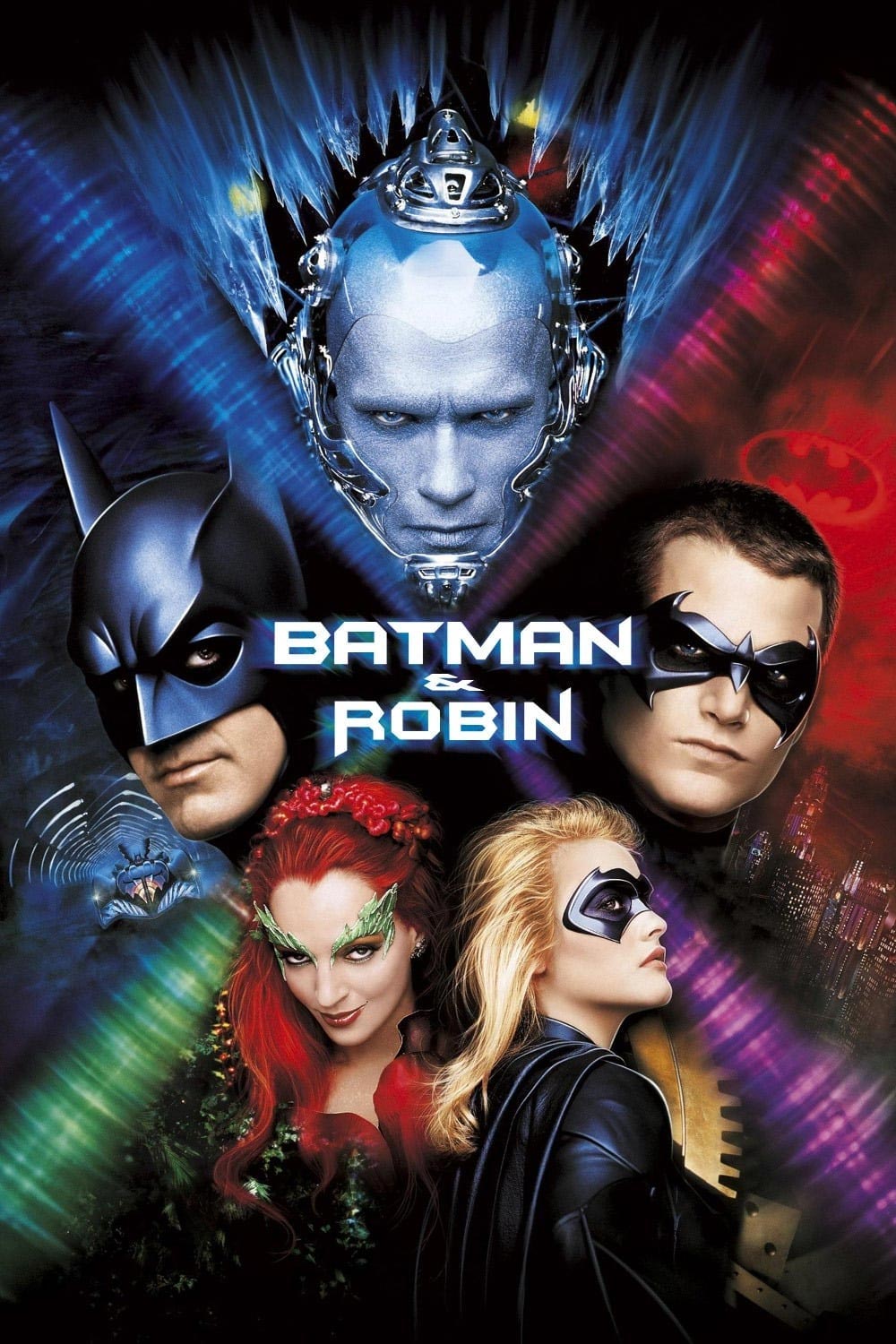 Before Christopher Nolan brought us Batman Begins and The Dark Knight and actually made the best Batman movies ever there was Tim Burton. He directed Batman and Batman Returns. Both two very dark gothic movies which were enormous blockbusters and got fairly positive reviews. Batman Returns was deemed a tad too dark and for the 3rd chapter in the Batman Saga (Batman Forever) Joel Schumacher took over directorial duties. His really gave Batman Forever a touch of his own. Like in Elm Street 2 there are gay overtones everywhere. We get close-up shots of Batman ass all the time, he takes more interest in Dick “Robin” Grayson than in women and the suits are equipped with the now infamous nipples. This could all be forgiven were is not for the fact that they stepped away from the dark gothic look. Gotham City is now a place full of neon. Even street thugs are wearing glow-in-the-dark face paint and the Batmobile has neon years before The Fast And The Furious came along. The only thing saving Batman Forever from the “black sheep” label is it’s successor: Batman & Robin.

This is the movie that actually destroyed the franchise for years until somebody gave Nolan a shot. Everything that made Batman Forever a weak film is back in Batman & Robin. A new even worse Batmobile, even tighter crotches and stiff nipples on the suits, except for Batgirls costume because that would be inappropriate of course… Batman and Robin are constantly quarreling like your average married couple. Schwarzenegger’s Mr Freeze never once convinces of being an actual scientist and all his one-liners should have been put on ice (ha ha). Poison Ivy, who controls plants (now that’s scary), was really boring and her strong hand Bane was really over the top. Of course everything’s still brightly neon and this movie tanked so hard at the box office that it destroyed a couple of careers and a perfectly good franchise.

Halloween III: Season of the Witch 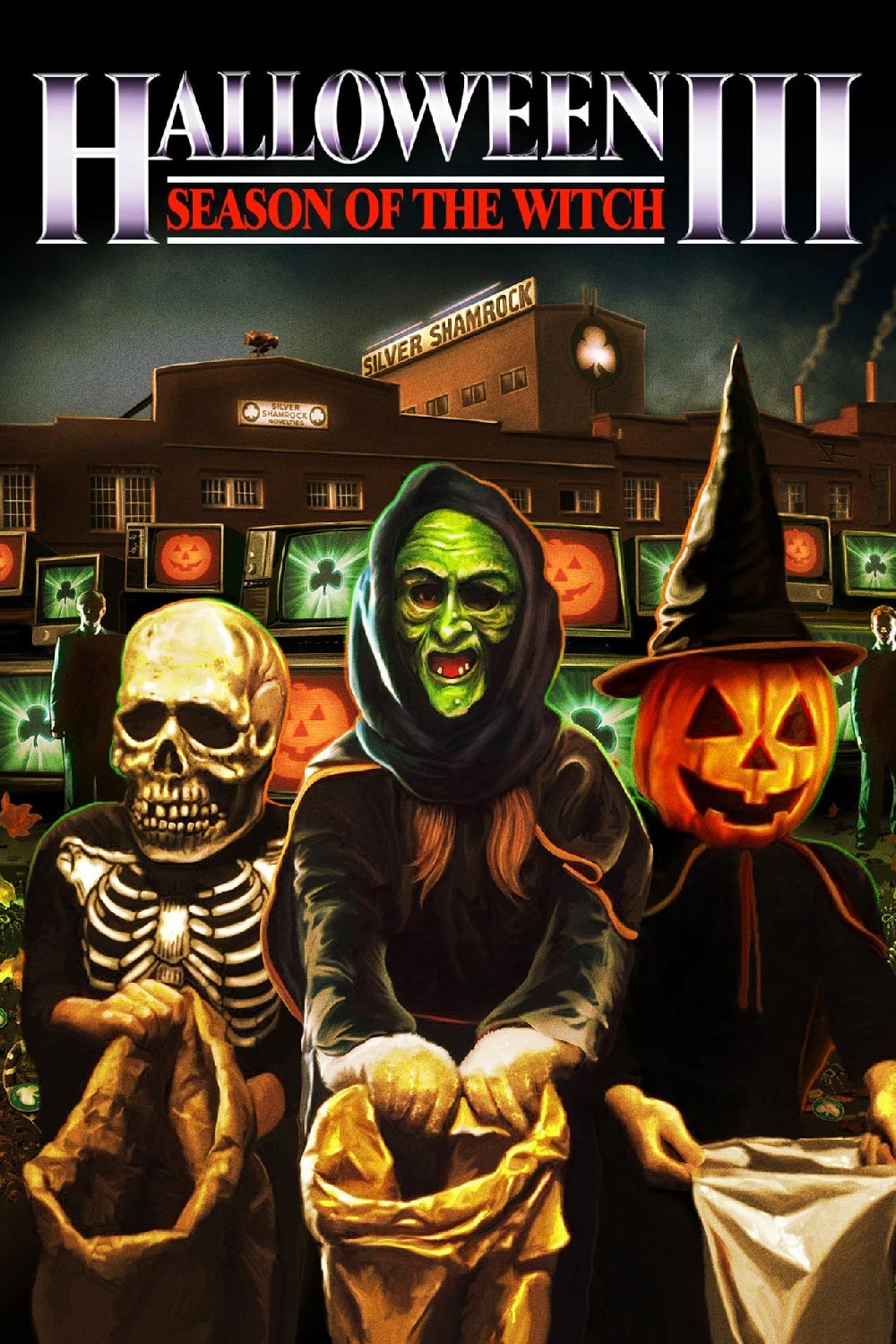 Halloween was never intended to revolve around Michael Meyers. John Carpenter had the idea of releasing a stand-alone Halloween movie every year. And he tried.

After two movies starring Michael Meyers Halloween III was an entirely different movie. It’s about an evil Mask company who produces Halloween masks with computer chips containing a piece of Stone Henge. When a certain jingle is played the people carrying such a mask will die horrifically. To add some more spice there are also cyborgs in this movie.
Now if it was a really good movie John Carpenter’s idea might have even worked, but this was such a bad movie that it practically killed the franchise until in 1988 someone decided to ignore part 3 and bring back Michael Meyers in the aptly titled Halloween 4: The Return of Michael Myers.

Now to be honest, this is is the black sheep of the series and widely regarded as the worst entry in the franchise, but it has a couple of other contenders for this title: Halloween: The Curse of Michael Myers which is about Michael Meyers and some evil druids and Halloween: Resurrection which is about “Michael Meyers meets Big Brother”. The last one actually had Busta Rhymes in one of the lead-roles. The original Halloween has been remade and a remake of part 2 is coming later this year. Let’s hope they don’t remake part 3.

Friday the 13th: A New Beginning 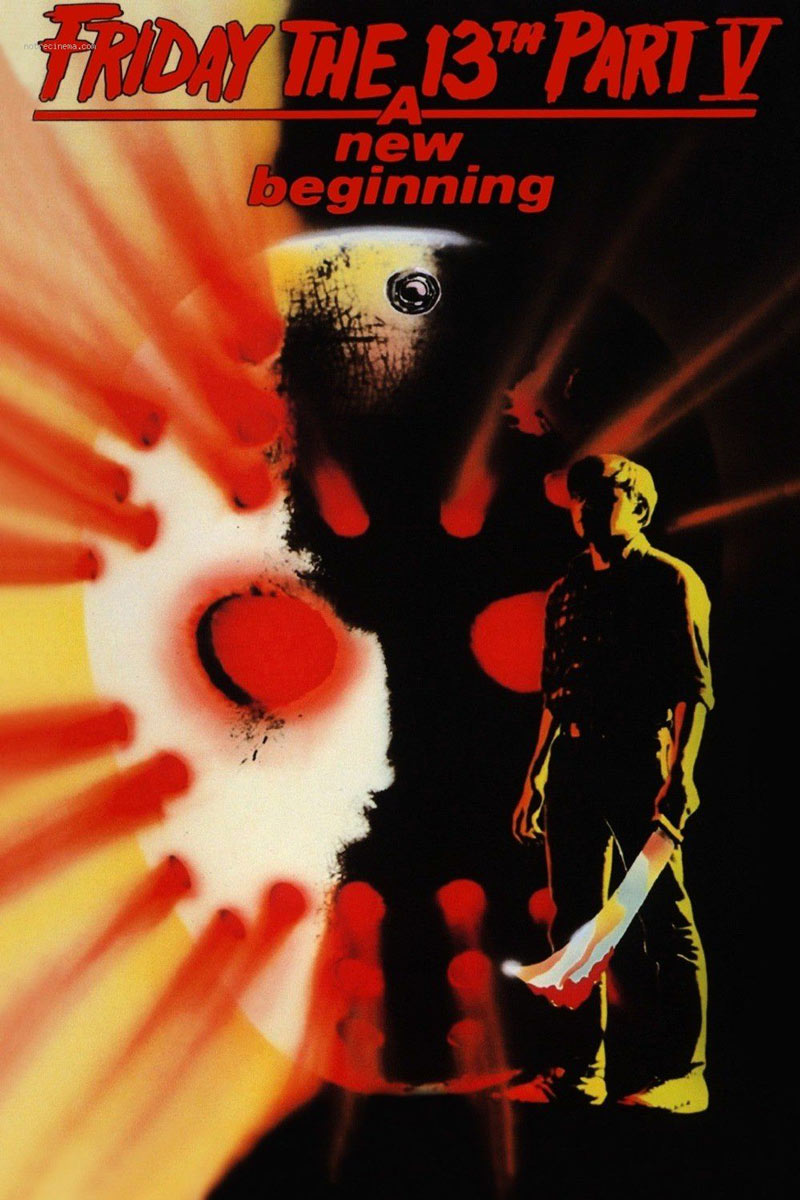 Friday the 13th: The Final Chapter was supposed to be the… well final chapter of course, but why put a good cash cow to waste? So they needed a way to bring Jason back. Well they actually don’t do that in this movie because what infuriated the viewers is that Jason isn’t Jason in this movie. No, it’s just some schmuck taking over his M.O. to avenge the brutal slaying of his son who was in a sort of open institution. Basically a male Pamela Voorhees. Now I personally have no real problems with this installment. They actually try to do something different without straying to far from the original concept. You have your hockey-masked killer, sadistic kills, a really high body count and some excellent nudity. This movie probably has the best breasts of the entire franchise. Thank you Debi Sue Voorhees!
But people were pissed and generally hate this movie. Because of that Jason returned in full Zombie form in the fan-favorite Jason Lives: Friday the 13th Part VI.

Like the Halloween series the Friday franchise also has more than 1 contender for the “Black sheep” label; Friday the 13th Part VIII: Jason Takes Manhattan is generally hated also because it’s got only a small portion of Jason actually being in New York, has weak bloodless kills and a teleporting Jason. Jason Goes to Hell: The Final Friday was a mediocre mess trying too hard to provide a back-story for Jason and eventually being a movie without almost any Jason. In my opinion I’d rather have a fake Jason than almost no Jason at all. 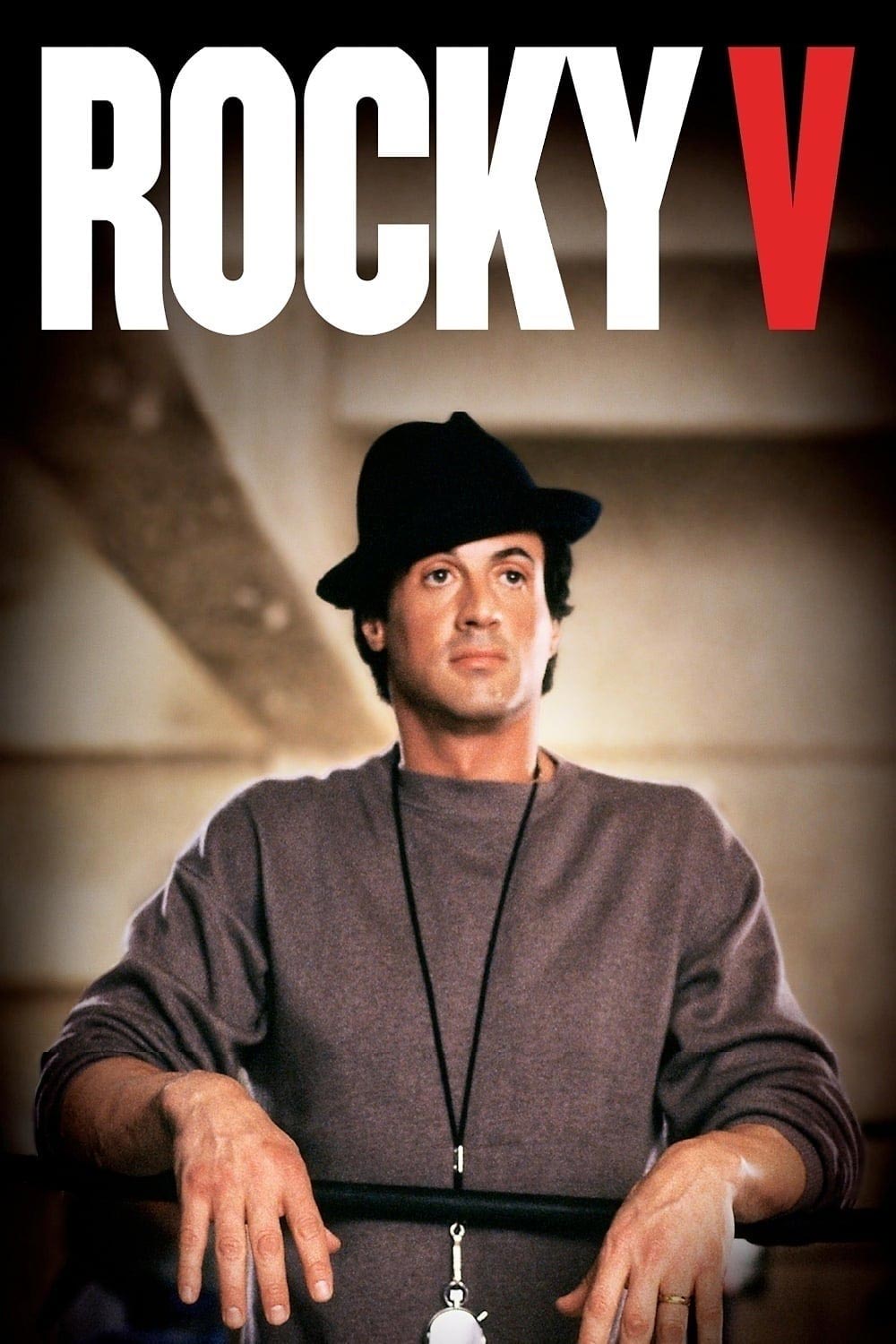 Rocky V was supposed to be the last installment in the successful franchise but instead of going out with a bang it turned out to be a dud and is generally considered to be the worst of the series. It’s not that they didn’t try to make a decent farewell: John G. Avildsen is back in the director’s chair, Rocky returns to his old neighborhood, his stupid jokes are back and even Father O’Malley returns. Oh, and Mickey appears in the shape of a ghost to deliver a speech. The only one missing is Apollo. Everything should’ve come full circle, so what happened?
The movie is really depressing: First Rocky starts showing signs of brain damage and then his fortune vaporizes. It’s back to the streets where he was from, and where his son gets beaten to a pulp on the schoolyard. Things are looking up when Rocky starts training a talented fighter named Tommy Gunn but he turns on Rocky when he is influenced by a Don King-like character. The movie ends on a low-key level with a street fight between Rocky and Tommy. Rocky wins of course but there’s no title or glory coming out of it. The next day he’ll be the same broke guy living in Philadelphia. What a way to say goodbye to such a legendary character. At least in the previous 4 movies we got to cheer for Rocky and see the movies end on a positive note wether he actually won or not. Even Stallone considers this the worst Rocky movie and was so plagued by it that 16 years later he returned as the title character in “Rocky Balboa”, went the distance and gave the guy a real farewell.