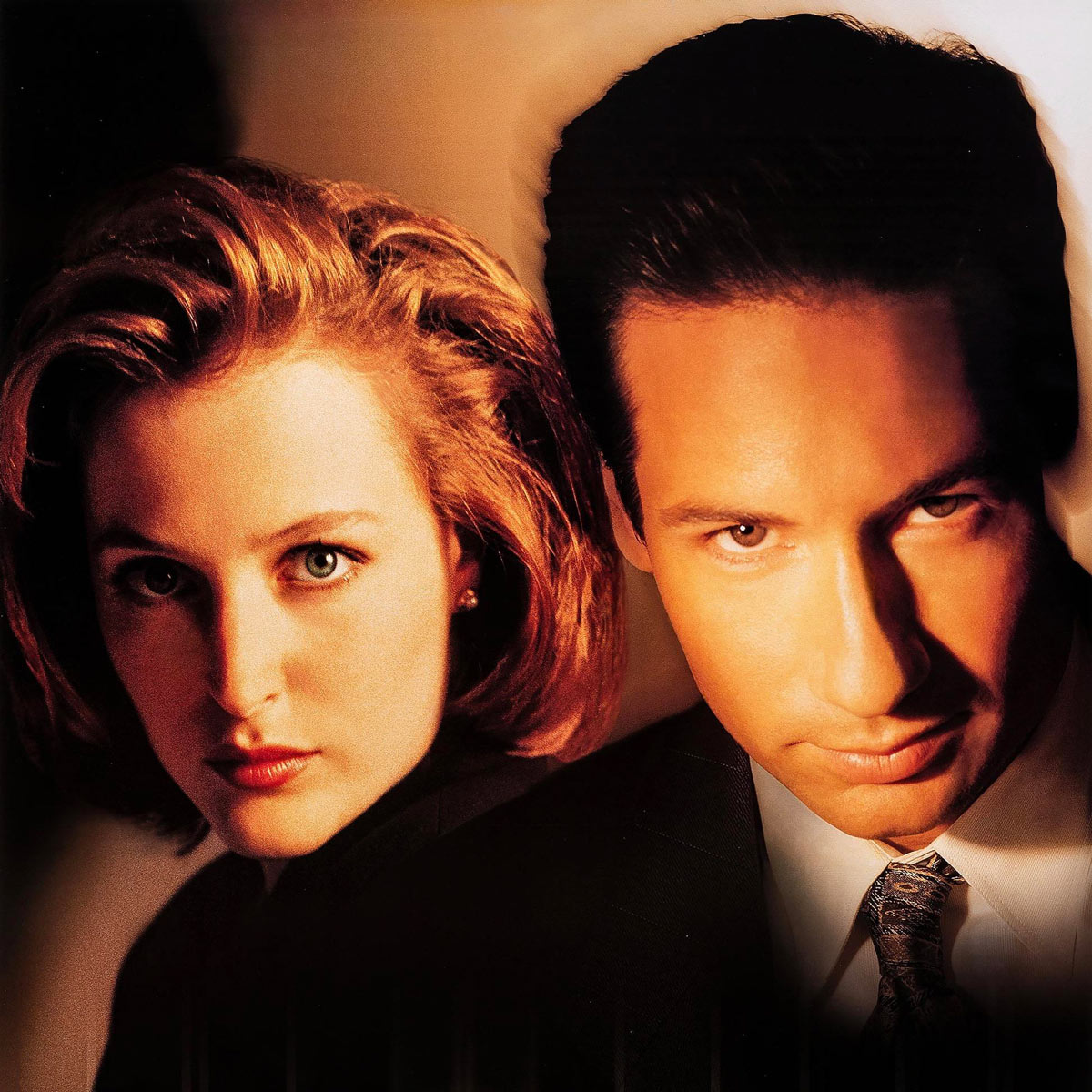 Over the last few months I’ve revisited a classic TV-Series: The X-Files. No small feat mind you, as this show ran for 9 seasons consisting of a total of 202 episodes and two theatrical movies. Every weekday I watched at least two episodes which still resulted in taking at least five months to watch it all. Over these months I finally caught up with what I missed back in the 90s when this show was on TV and heard enough about it, but never watched it.

For those last few people on this planet who don’t know what this series was about here’s a quick summary: Special Agent Fox Mulder is part of a department of the FBI called the X-Files. X-Files are cases that are deemed unsolvable and as the series showed us this is mostly due to paranormal causes. Mulder is a true believer in the paranormal and hated by most of his fellow co-workers who call him Spooky Mulder. To debunk his work on these files The Bureau assigns him a partner: Medical Doctor and Special Agent Dana Scully, a skeptic who never believes Mulder’s theories when it comes to the weird cases they come upon and always seems to be looking the other way just when ghosts, aliens and monsters present themselves to Mulder, making it standard for her to exclaim “Mulder, you don’t really believe that <insert paranormal activity> is responsible for killing all these people?”. Eventually she does become a believer, but that would take at least 7 seasons and quickly after that a new skeptic agent is introduced just the keep the dynamic the same. 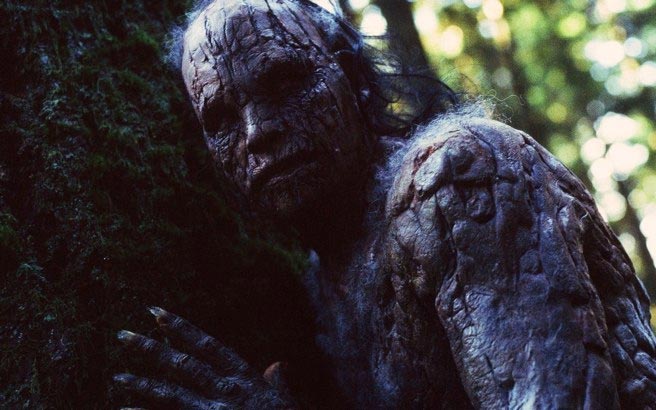 There are two types of X-Files episodes: the general Monster-of-the-week episodes and the Myth-arc episodes. The first are basic standalone episodes which tackle a different case every week, the second are connected episodes about a government conspiracy to cover up the existence of extraterrestrial life and the abduction of Mulder’s sister Samantha, the latter is his motivation to uncover the conspiracy throughout the entire series. The myth-arc episodes were generally the episodes which would have major events happen to the main characters, like the abduction of Dana in season 2, her cancer, her pregnancy in Season 8 and Mulder’s loss of his believes in season 5. These myth-arc episodes would eventually even create a soap-opera-like storyline around Fox Mulder’s family as his entire family was part of the government conspiracy and he found out his real father was the man behind it all; the Cigarette Smoking Man or Cancer Man as he was nicknamed.

Personally I preferred the standalone episodes over the myth-arc episodes, mostly because it becomes quickly clear that most myth-arc episodes will never give any answers and at the end of an episode all the evidence Mulder has just gathered will be taken from him over and over again. Only in the later seasons will the myth-arc episodes actually receive some conclusion, though when the conspiracy is finally stopped in season 6 a new one pops up a few episodes later.

The monster of the week episodes are mostly self-contained stories and present Mulder and Scully every week with a new lethal threat of which the origins are unknown. The only time I can remember they didn’t wind up chasing after some guy with special powers was in season 2 where they went after Donnie Pfaster who was a “death fetishist” and serial killer who first desecrated corpses and then started murdering prostitutes. Most of the times Mulder and Scully where up against ‘people’ with supernatural powers, mysterious diseases, ghosts, psychics and a lot of mutants. In one episode even the devil shows up…

The first two seasons consisted of mainly episodes that played it straight and took themselves serious despite some really preposterous stories, both seasons have their share of memorable episodes, like season 2’s “Humbug”, but in retrospect I found that it never had a sense of must-see TV. That changed with season 3 which had episodes that had a more lighter approach and some of them which were even very funny. This season had some great episodes like “Clyde Bruckman’s Final Repose”, “Pusher” and “Jose Chung’s From Outer Space”. The 3rd season carefully balanced serious episodes with funny ones and the obligatory myth-arcs. This would go on with season 4 and 5, both which were regarded as possibly the best of the series. Season 6 felt drastically different as the production went from Vancouver, Canada to Los Angeles, California. The episodes shot in Canada had a colder feel to them even when they were mimicking being close to the Mexican border. From season 6 on this changed and a lot of episodes were set in the sun. This took away part of the creepy atmosphere but paved the way for an even lighter approach to The X-Files than just the occasional humorous episode. Though season 6 is generally regarded as the season the started alienating the fans, I found this season to have its fair share of good episodes like “Drive”, “Triangle”, “Dreamland”, “Arcadia” and “The Rain King” amongst other. Season 7 would be the last season to feature Duchnovny as he would be abducted in the final episode of the season and had Scully become a believer as she no longer could deny the existence of alien life as well as the paranormal since she had to perform an autopsy on an invisible corpse in one episode. 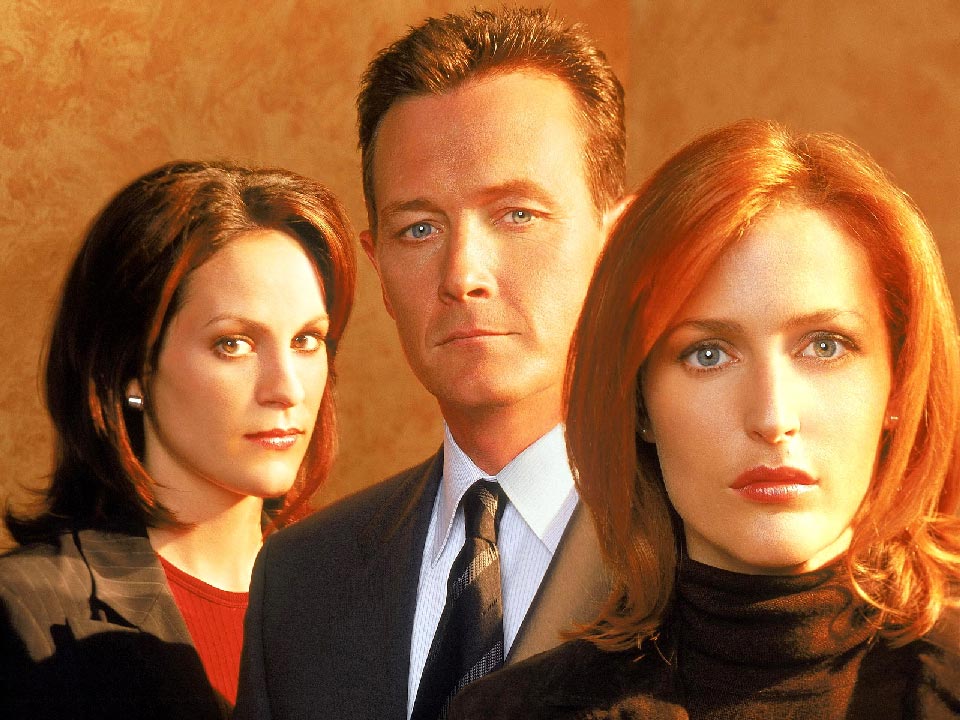 Seasons 8 and 9 saw Duchnovny being replaced by Terminator 2’s T-1000 Robert Patrick who played the role of John Doggett. He was introduced in a plot line where he is saddled with the task to find the abducted Mulder but ends up getting assigned to the X-Files and as a new partner to Dana Scully. His job is to do what she did before to Mulder: doubt every crazy explanation she comes up with to which she would generally respond something like “I’ve seen things you can’t imagine…” This is the same woman who was conveniently unconscious when a giant UFO came up out of the ice, flew over her head an disappeared in the ’98 movie. Mulder did have a reoccurring role in the second half of season 8 but would disappear entirely throughout season 9 sans the series finale. The last season also put Scully in a more supporting character position as Agent Monica Reyes would become Doggett’s new partner.

Despite the negativity surrounding the last seasons I still found X-Files to be very watchable up until the very end. The last Monster-of-the-week story featuring Ben from Lost who is able to use telekinesis and to transform his house into that of The Brady Bunch is one I won’t quickly forget. Now matter how weak a season is generally regarded there are gems to be found in every one of them. 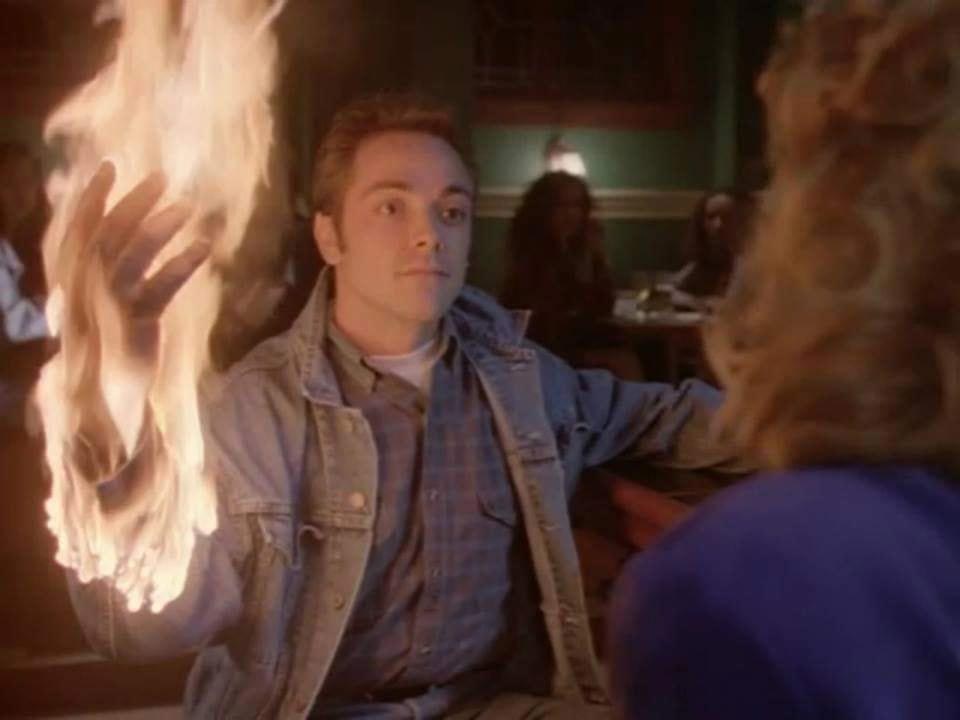 Sadly the X-Files also had it’s fair share of flaws. First and foremost is Dana Scully’s character. Now this might offend a lot of fans but this series had her character either conveniently missing out on all the paranormal stuff going on around or had her ignore the events she did witness only to make up some possible-plausible scientific explanation. Episode after episode miraculous stuff happened around her or even to her, and every time Mulder came up with a really out-there explanation which would eventually prove correct she would mock him. After she’s abducted by aliens in season 2 she conveniently doesn’t remember anything when she returns. I would start believing Mulder in season 1 already if I was his partner.

Then there’s the myth-arc that pops up every season opening, finale and occasional mid-season episode. As I stated earlier these episodes generally have no real progress or give little to no insight into the whole conspiracy. Especially in the earlier seasons these mostly revolved around Mulder having a lead on some proof that aliens exist, going after it, eventually finding only to see things like a wagon full of aliens corpses being blown up. At the end of the day Mulder had nothing and was back to zero. These episodes also feature recurring characters like Alex Krycek and The Cigarette Smoking Man who basically seem to be unable to die despite the producers of the show having us believe so on multiple occasions. In the beginning these characters are mysterious and intriguing but eventually they become caricatures of themselves and there are multiple times both Mulder and Scully can put an end to these people who do pose a threat to them but they just never pull the trigger. The myth-arc is also never engaging because there’s a lot time between the episodes and the never really end on cliffhangers and such aside from the two-parters. In one episode Mulder is infested with the black oil that takes over a person’s body, but it’s basically never mentioned again and as far as I can tell he didn’t get an antidote or something. They could’ve better taken an entire season and make it all about the conspiracy having each episode end with a cliffhanger. Now they just feel like obligatory filler most of the time. Whenever I watched episodes with the black oil, alien bounty hunters or super soldiers I was glad when the next one had just Burt Reynolds as God or something like that.

One of the aspect I hated the most of the last two seasons was how Mulder was such an important character while he was nowhere to found. His ghost was always there as characters constantly referred to him. It became quickly annoying and Robert Patricks way of saying of “Mulder” is almost as annoying as Duchovny’s way of saying the word “Truth”. 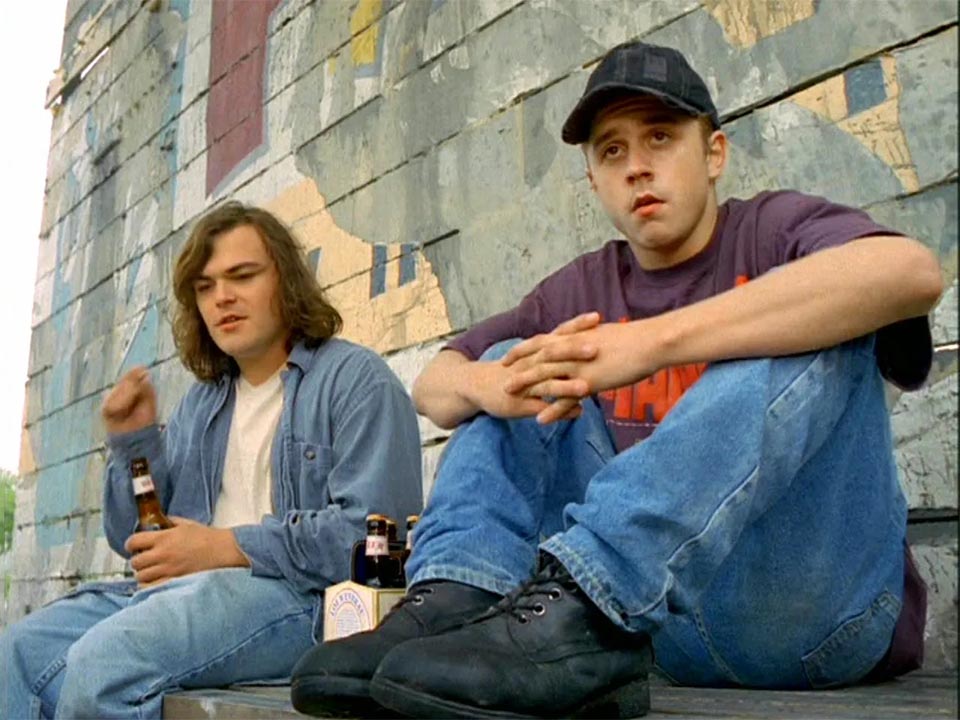 For anyone with a lot of time left on their hands The X-Files is still an entertaining series that holds up fairly well. The only thing I really kept running into was that the episodes never begged me to immediately watch the next one, something which The Shield or Dexter did, but those series tell season wide stories whereas the X-Files is more self contained. It’s not the best series out there, but I do regard it as a classic show with some brilliant episodes.