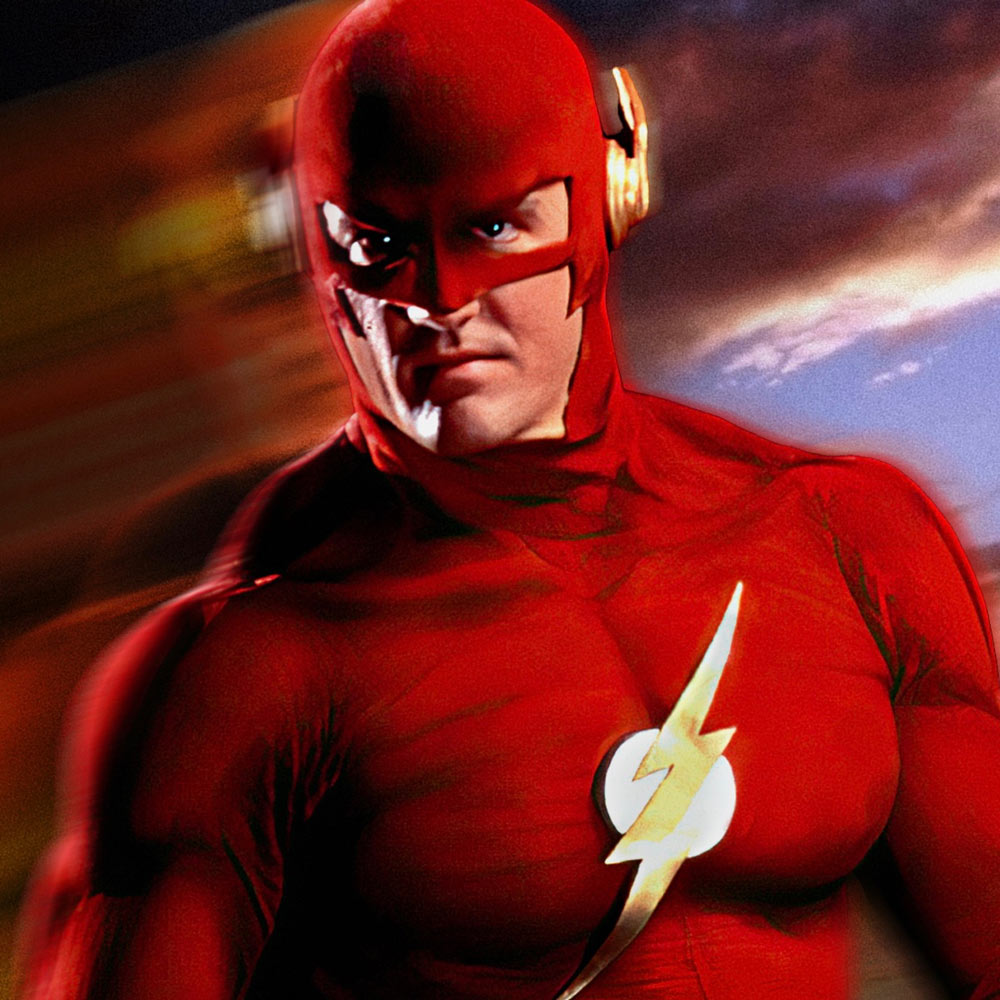 When you were comic book fan before 1998 you had it really bad in terms of movie adaptations. Sure you had Superman and Batman in 2 good motion pictures but for every good comic book adaptation you had at least a dozen failed ones, most of them even terrible. I became infatuated with the Spider-man comic at the age of 10 in 1988, partially due to the short-lived live action series, which is pretty terrible when you look at it nowadays, but at that age special effects fooled me easier. The first ever movie I got to see in cinemas was Batman (1989) and it was great. Over the years a lot of comic book movies were released and I saw a lot of them but one after another failed miserably in bringing a superhero to the screen and doing it justice.

Some were decent but strayed too far from the comic book (The Punisher with Dolph Lundgren), others were faithful enough but were just plain terrible (Captain America, or even worse: the never released 1994 Fantastic Four). In the 80s and 90s the special effects weren’t convincing enough and the people involved didn’t respect the source material enough. They only wanted to make some easy money with a familiar name and cater it to the largest audience possible. Especially Marvel characters got one shitty movie after another. DC Comics on the other hand had a good deal with Warner Brothers which led to a couple of good Superman movies (aside from the atrocious 4th installment which wasn’t even made by Warner Bros) and two good Batman movies until one Joel Schumacher got involved. It wasn’t until Blade got made in 1998 the tide started to change. Blade was a decent movie about a relative unknown Marvel character and was shortly followed by the immense success of X-Men. From that moment a lot of characters from different comic book publishers have reached the screen with various success but most of them never as excruciating as 1992’s Captain America. After the success of Batman in 1989 another DC character was bought to the screen: The Flash

The Flash however was not developed for the big screen but rather for the small screen. It ran for one season after which it was cancelled due to low ratings. Now the main reason I’m comparing The Flash to superhero movies is because of this: 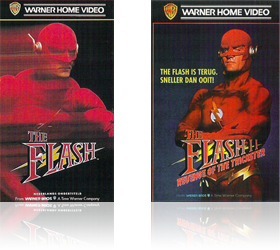 It may have been a one season TV-show in the US, but in other countries like The Netherlands Warner Brothers decided to release it as a couple of straight-to-video movies. Two have been released in my country while there was also a third release. The first VHS consisted of the 90 minute pilot episode while the two other releases consisted of two episodes mashed together;

Revenge of the Trickster and Deadly Nightshade. But thanks to the magical powers of the internet I found out this was a TV-show and decided to watch it for nostalgic and curiosity reasons. The only thing I could remember of The Flash was a scene set at a race-track where the Flash found out how fast he could go and ran with a scientist in his arms.

The Flash is the story about Barry Allen, a police forensics detective, who one day has an accident involving lightning in his lab and acquires super speed because of it. He gets in contact with sexy British widow lab geek Tina McGee who becomes his personal physician and is the first to know of his newly gained powers. She provides him with a red suit that can withstand high speed and like that The Flash is born. Of course these new powers come in handy as the pilot sees the fictional Central City being terrorized by a group of bikers called The Dark Riders. When this gang becomes responsible of the death of Barry’s brother things become personal and the first crime fighting steps are set.

It becomes quickly clear The Flash has been influenced by two major studio movies released around a year earlier: Batman and Dick Tracy. The red-muscle suit is reminiscent of that of Batman, the theme song is done by Danny Elfman who was also responsible for the music of Batman, both are DC characters and Warner Brothers is in both cases responsible for the production. The color palette used is taken from Dick Tracy. Now matter if it’s night or day, there are always bright colors available. It’s quite obvious the series was filmed on a sound stage and the show incorporates color to set a mood as well as steam coming from the manholes and such. I really loved the way the series used these color touches though in real life you will probably never come across alleys that have a red/pink glow. Like Batman they decided to go for a timeless feel. Though it it’s mentioned the series is set in 1990 there are a lot of 50s and 60s cars in the streets. Another recurring element of the show was its use of murals. Whether it’s the office of Juvenile Services, a random wall in the police station or a room in a hospital, there always these giant paintings on the walls.

With only one season made, The Flash consists of a mere 22 episodes. Though the episodes are standalone consisting of a villain-a-week plot the series does have something reminiscent of an ongoing story line. Some villains are reintroduced, characters that are introduced and learn of The Flash’s true identity come back later on and sometimes moments from previous episodes are mentioned. But other than that it’s a show you can watch a random episode of without prior knowledge.

Being a superhero show The Flash obviously needs more powerful villains than just the average drug dealers and bank robbers. The series actually does a good job providing these characters which are a diverse bunch. Only the Trickster is a costumed villain that takes the series in a campy direction that reminded me of the 60’s Batman show. Others are stone cold killers or tragic figures. Since Allen does a bad job at keeping his identity a secret bad guys occasionally died at the end of a show, never due to The Flash, but still people died aplenty. I still remember a talk-show host killed by the Trickster sitting in a chair with a noose around his neck. This show was probably targeted to adults, but I don’t think some guy running around in a tight red suit is the average adult’s cup of tea. The Flash would probably appeal the most to teens.
Among the rogues in this show were: Deadly Nightshade, The Trickster, Captain Cold, The Mirror Master, The Ghost and even a clone of The Flash named Pollux.

The main cast is a varied bunch. You have soap-opera actor John Wesley Shipp playing The Flash. He’s decent though his character is very shallow written. In real-life he’s gay which would probably explain why he has so little chemistry with the women he’s supposed to feel something for. British actress Amanda Pays plays Tina McGee, the sexy scientist who always comes to his aid and is not so secretly interested in being more than just friends, which Barry doesn’t see. Alex Désert plays his lab partner and at times seems to have figured out Barry is The Flash. Richard Belzer of Law & Order fame has a recurring role as a somewhat sleazy reporter.

Since this is a show about a superhero with special powers special effects are a must and tricky because TV doesn’t have the financial resources movies do. One glimpse at the CG polar bear from Lost will tell you that much. Most of the effects in The Flash revolve around sped up movements. They don’t look great, but they are good enough. The show provides Allen with enough non-Flash moments where he has to use his super speed to perform everyday tasks like doing the dishes at his parents’ house within seconds.

With these old shows it’s always fun when now familiar faces pop up in small roles, most of them on the start of their career. In The Flash there’s the late Jonathan Brandis, a young Jeri Ryan and Bryan Cranston.
On the other hand The Flash gave famous actor Mark Hamill a chance to shine in an over-the-top performance as The Trickster. A performance that paved the way for his voice as the Joker in the Batman animated series.

The Flash was a fun show which has some good visuals. I enjoyed it very much even though there isn’t any groundbreaking stuff of keeping you at the edge of year seat stories to be found here. It’s a fun little show, that is just campy enough. It takes itself seriously, but not too seriously. It’s sad this show lasted only one season, but look on the bright side: at least they stopped when they were still going strong.