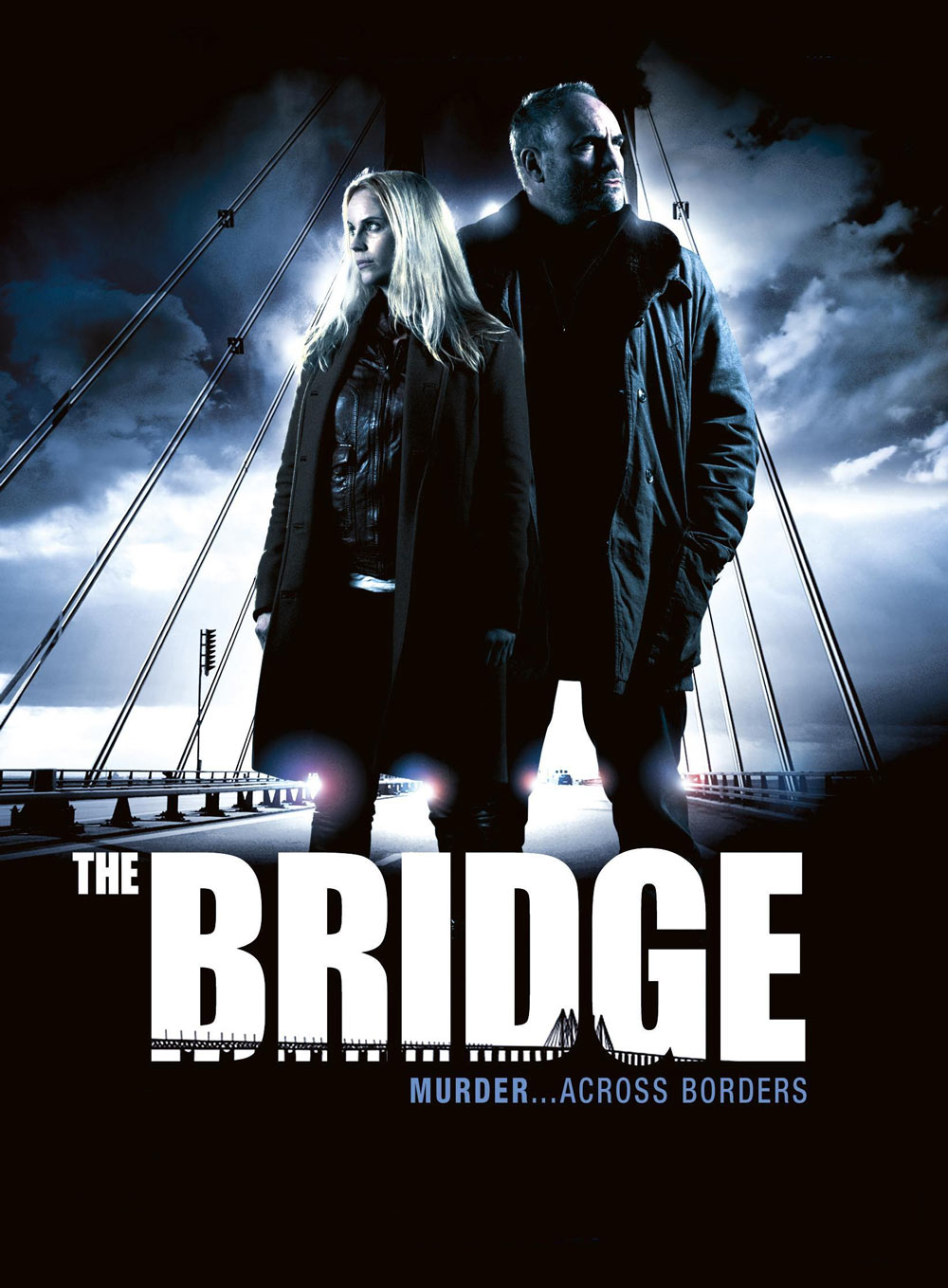 If I was to describe The Bridge in one sentence it be something like “Se7en stretched out over 10 hours”. The similarities are hard to ignore: Two very different police inspectors/detectives investigate a series of murders that have a common theme. In Seven it where the seven deadly sins, in The Bridge it’s inequality for the law. That said, The Bridge easily stands on its own and is a very good TV show.

The 10 episode series starts of with a body placed on the middle of a Bridge that connects Denmark and Sweden. Since the body is technically placed in two countries two inspectors are put on the case. The older Martin Rohde who on occasion bends or ignores the rules when it will help his case, and the younger Saga Norén who follows the rules strictly due to Aspergers syndrome making it also difficult for her to relate to other people. They must share knowledge, experience and jurisdiction to catch a man dubbed the Truth Terrorist. He has created an elaborate plan to punish both countries for their social shortcomings…

The Bridge is one of those few non english spoken shows that break through borders and gets picked up by audiences world wide. It shouldn’t surprise you there are localized remakes underway. This year American and Mexican audiences can watch a version about a bridge between Mexico and The US while the Great Britain and France get a version where The Bridge is replaced by the Channel Tunnel. We’ll have to see how good those remakes are as well as the announced second season of this show, which is totally unnecessary as this mini-series had a closed ending and a sequel sounds like a bad idea. Would you really want to see Seven 2?

The strength of The Bridge lies in two things: the elaborate scheme of the Truth Terrorist and the relationship between Martin and Sara. Her complete inability to deal with human emotions, expectations and such are, especially in the beginning, used for humorous moments. She can hardly lie, has no shame about sex and is so strict by the rules she even fines someone who has a camera in his shop window for protection just because it’s against the rules, even though this camera has captured the Truth Terrorist on video.

What’s also intriguing about The Bridge is how we apparently follow certain people unconnected to the actions of the Truth Terrorist. We follow Stefan Lindberg who’s a social worker and helps women with abusive husbands to escape from their life and Charlotte Söringer who’s waiting for a donor heart for her wealthy husband. Their stories are unconnected at first but eventually become part of the police investigation and the actions of TT. Too bad these side-stories are also the shows weakness.

With 10 hours to fill the show stretches the believability of the villain’s plans to the extreme. Like Prison Break his scheme is too convoluted and hinges on too much coincidental elements that all go in his favor until the final act. At one point somebody escapes from a holding place, at the same moment the villain is in the middle of the street in a police outfit right there to gun the man down. He can’t be there all the time, so how big are the odds that he was just standing there when the guy escaped? There are several of these moments in the show.

A recurring problem with this and similar shows like “The Killing” is that you know it has a certain amount of episodes, so you realize that every person arrested or at least suspected is a red herring until the penultimate episode comes along which reveals the true identity of the villain. It’s fun and sometimes tense to watch these people investigate the crime and curious about what the TT has planned, but in the end you know that every resolution in the show’s episode just brings them a step closer, but doesn’t reveal anything. This isn’t “Murder, She Wrote” where the killer is revealed within 40 minutes.

That said the “mini-quests” in the show, like saving 5 kidnapped children, are exciting and do much to develop the characters the show follows, as do some small subplots even though some of them feel far fetched. The most far fetched being the son of Martin trying to get have sex with Sara, and which he seemingly succeeds at.

The Bridge is a very good show and word is there will be a new series released this year. I will be curious if this new series is as good as this one. Only time will tell.