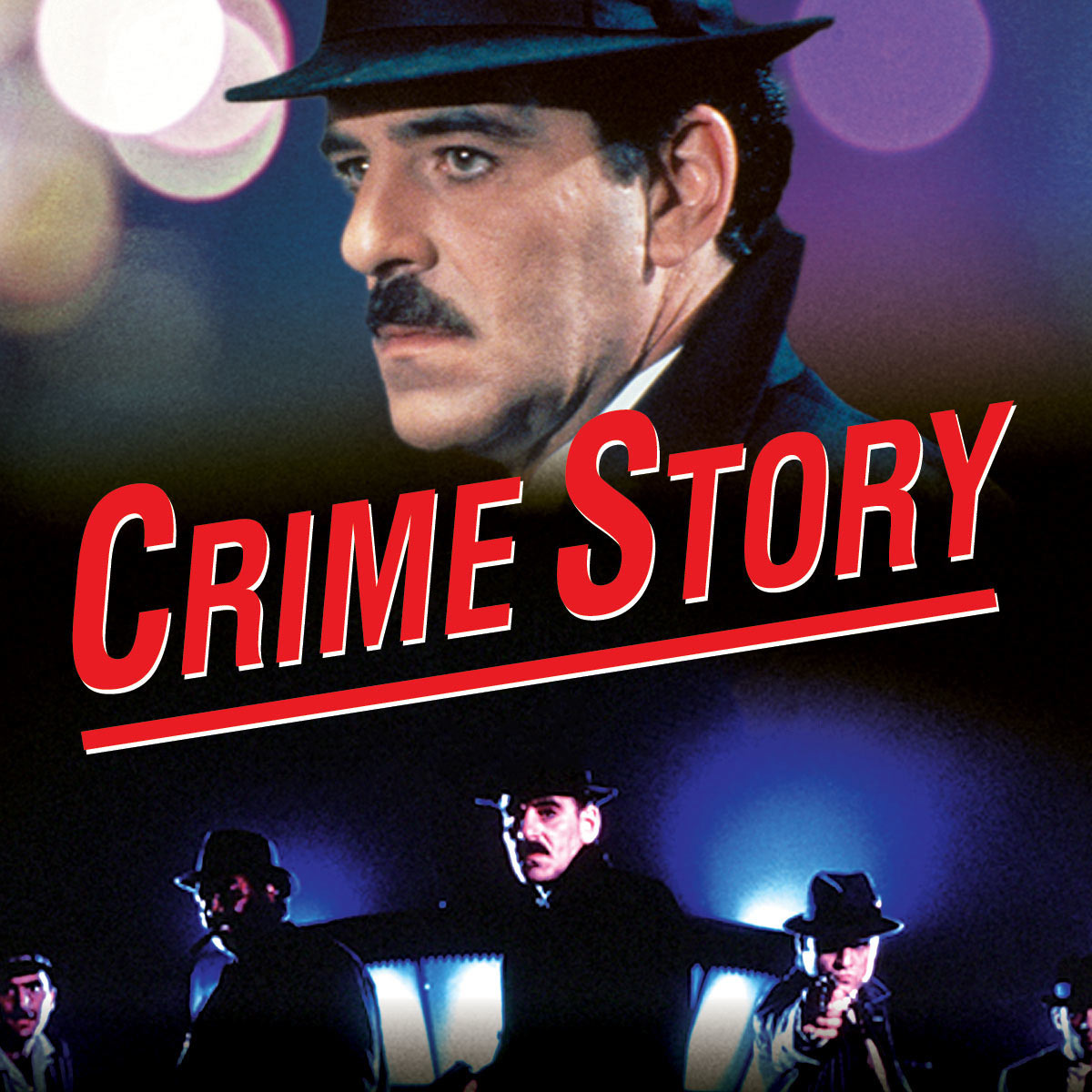 For the last month the song Runaway by Del Shannon has been in my head, the reason for it is Crime Story, a short-lived cop show that ran from 1986 to 1988 and lasted only two seasons. Crime Story became a bit of cult classic of the years, though it never reached the level of cult a series like Twin Peaks had. Partly because Crime Story had a story-line that ran throughout the show so it never had as much reruns like an A-Team or Knight Rider did, but this structure was something original at the time and became something that other series started incorporating as well. The aforementioned Twin peaks is a good example, but also series like 24, The Wire, The Shield and the current hit-series Breaking Bad use an ongoing story-line to capture the attention of the audiences every week. Something only soaps and a couple of drama shows did at the time.

Crime Story deals with a couple of Chicago cops lead by Mike Torello who form an organized crime task unit in 1963 and find a recurring nemesis in up and coming gangster Ray Luca, who in the pilot is still partaking in heists, but throughout the course of the series would become a major crime kingpin climbing the ladders of organized crime and eliminating anyone who stands in his way. The way we spend an equal amount of time with the good guys as well as the bad guys is something The Wire would use also. Both series also deal with cops, drug dealers, politics and corruption. Though The Wire is a better series because it is more focussed.

Since Crime Story was one of the first shows that tried to tell a larger tale the series feels somewhat unfocussed because the writers were probably just finding the story along the way. In the first season the series was really a cop drama telling the tale of both the organized crime and the cops, but as it progressed more and more standalone episodes were written that dealt with a case of the week like most shows do. Part of the problem lies with the fact that an entire season has 22 episodes while with only half those episodes the focus could lay exclusively on the main story instead of moving Luca and his organization to the background to make way for stories about abused hookers, problems of the black community, abused children, kidnapped doctors, guarding a defected Russian pilot, a war between brothels or stopping an armed robbery. These weren’t bad stories, but they didn’t have much to do with the larger story line and only a few actually attributed to it. Due to these loose stories Ray Luca partially became a figure who’s presence was always felt even though he sometimes wasn’t in an episode at all or had just one or two scenes. One notable episode is a double episode which dealt with a small casino run by a black ex-prostitute. Eventually some gangsters take over the casino, but in order to launder their money they turn to Luca who’s become the #1 crime boss in Vegas. Despite the fact that it has an ongoing story line Crime Story suffered from repetition. Every time there was a breakthrough in the case against Luca something happens that makes him get away clean. Every time someone is willing to testify he or she doesn’t make it to the end of the episode. At the end of season one he even opens fire on Torello and his men in the middle of the street, in the second season he manages to get immunity. It makes the man so untouchable he becomes a cartoon villain. Luca is Wile E Coyote; whatever he does, he will always get away with it. Another repeating element is the old friend of Torello that pops op. He (or she) pops ups, shares a few laughs, turns out to have a problem, gets killed. I’m glad I’m not Torello’s friend. So as you can see story-wise Crime Story is a rough diamond compared to later shows that I’ve already compared it with: The Shield, The Wire etc.

I saw this show at a very young age, my guess is I was probably 12 at the time. Though it never gave me any traumas and I have a fond memory of it, the reason I re-wachted it, it’s a bit surprising my parents let me watch this. The show is very gritty, especially when it was still set in Chicago and there are a lot of deaths throughout the series, often preceded by torture scenes. There’s the obligatory drug abuse, Heroin was really hot at the time, but as always there’s hardly any cursing around. People getting tortured, killed or shooting up are all fine, yet some raw dialogue is a no-go. Double standards: they’re great, aren’t they?

One thing I always love about old TV shows is the moment when a then beginning star has a guest starring role. Having watched both The X-Files and Starsky & Hutch last year I’ve already had my fair share of famous names popping up in an episode and Crime Story delivers as well. In the central cast there’s stand-up comic Andrew Dice Clay who plays a gangster, blaxploitation Pam Grier has a recurring role as a reporter and Silence of the Lambs’ Buffalo Bill (Ted Levine) is a burglar part of Luca’s crew from the first episode. Other famous actors that showed up in one or more episodes are amongst other: David Caruso, Julia Roberts, Kevin Spacey, Gary Sinise, Ving Rhames, Christian Slater, Stanley Tucci and Michael Madsen.

After 25 years Crime Story holds up relatively well. Since it was a period piece to begin with it hasn’t aged in terms of clothes and sets, though a series like Mad Men pays a lot more attention to the details of the time. In Crime Story you can sometimes see 80’s cars driving around in the background. Made today on a network like HBO this could be something very good, instead of being just OK. To me the show has a nostalgic factor I take in account, something new viewers don’t and who might more easily be put off by the lack of focus on the overall story line. Something I also found annoying was the acting of some of the actors or the way they were written. The character of Paulie Taglia became too much of a comic relief with all his stupid ideas and mispronouncing of words, Stephen Lang as Abrams overacts in a lot of scenes.

Crime Story is a cult classic,mainly because of its influence on the movie Heat and later TV-shows, but isn’t a brilliant series. I had fun watching it again after 20 years, but I also found it to be dragging a lot. Still it’s too bad the show ended on a cliffhanger and never got a season 3 even if it was just half a season to wrap things up.