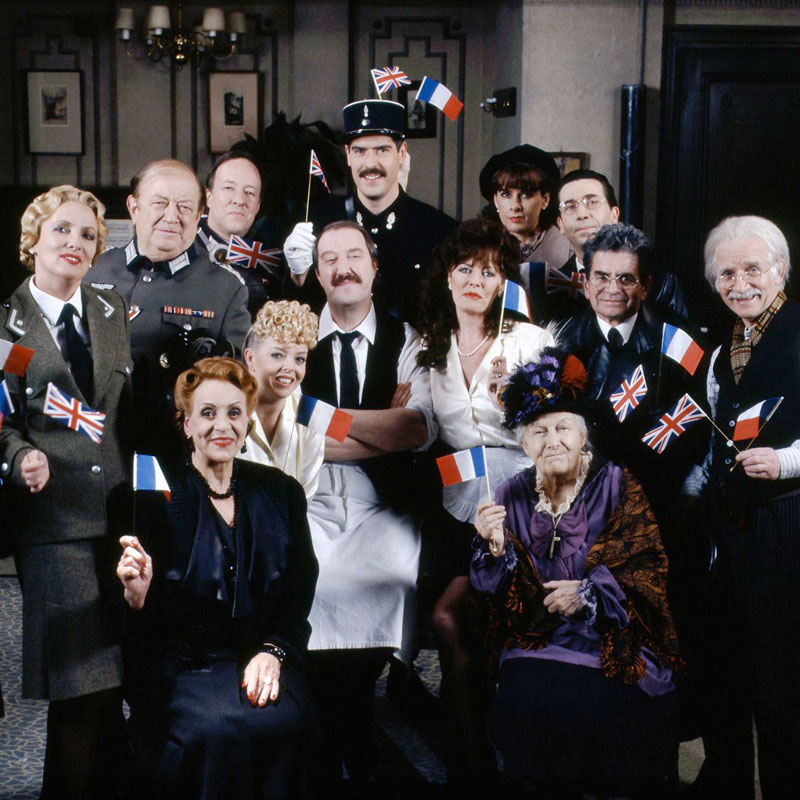 I have fond memories of the British comedy series ‘Allo ‘Allo! The TV show ran for much of my younger years and I grew up on all of the catchphrases produced by this show. When walking into the classroom it would become a staple to greet everyone with “good moaning”. Though adults weren’t always happy seeing young kids pretending to be a member of the Gestapo. Something which went over the head of the average eight year old anyway. As was the case with most of the double entendres in the show. Having not seen the show in almost 30 years I decided to watch it from the very beginning. As an adult I can now fully grasp all of the aspects of ‘Allo ‘Allo! and see if the show still holds up. 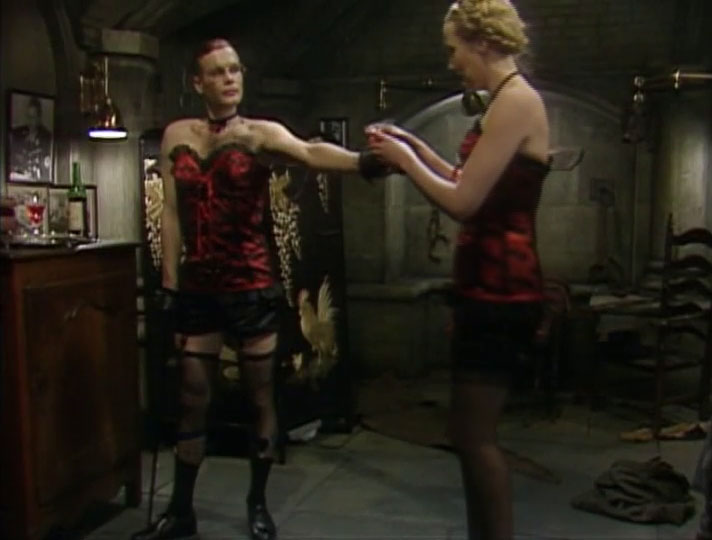 The short answer is yes. ‘Allo ‘Allo! still holds up after all these years. Because the show is set a certain period in history the material still feels fresh after all these years. It isn’t bogged down by outdated references that shows set in their current time often have. Only the technical aspects of the show reveal its age. This is not a show that is available in widescreen HD, but rather in 4:3 DVD quality.

I watched these episodes during my daily commuting. Watching two episodes a day it took me about a month or four to watch all 86 episodes. Sometimes the show was so funny I had to laugh out loud, which is always a bit awkward in public transport. Luckily most people are now so caught up in their phones they did not notice. 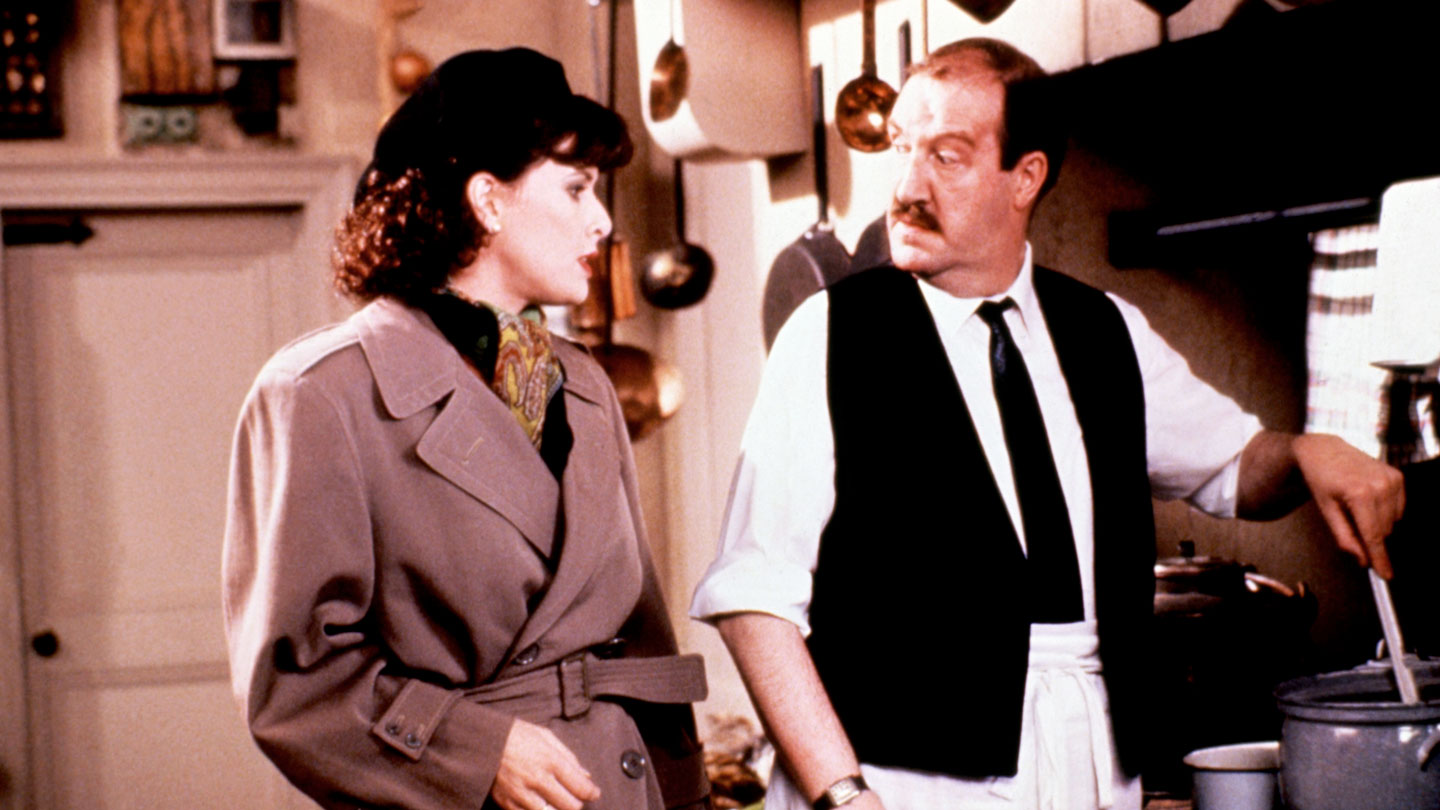 ‘Allo ‘Allo! revolves around French cafe owner René Artois. He is a chubby, balding, middle aged man. He’s trying to make the best of it during the war. He befriends the Germans that often come to his cafe and works for the resistance at the same time. Often under the threat of violence or other repercussions.

But while René is the leading man, the show is very much an ensemble piece. It is full of colorful characters. Characters who often have a catchphrase which they use at least once per episode. The most famous catchphrase is probably resistance leader Michelle’s “Listen very carefully, I shall say this only once”. But the show is filled with others that are at least just a memorable. Whether it’s “Good moaning” by Officer Crabtree, or “It is I, Leclerc” by, well you guessed it, Leclerc. 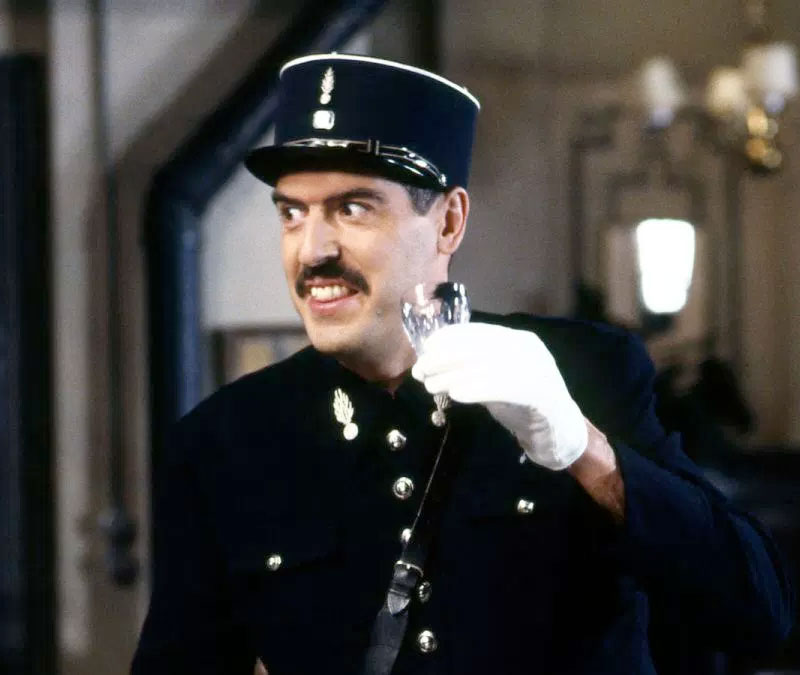 ‘Allo ‘Allo! is mostly a farce. Much of the laughs come from the ridiculous situations the characters are put in, the fact the most of the characters are clueless and the aforementioned catchphrases. Familiarity in the form of running gags also play a large part in generating laughs. The British Airmen who are hidden in a different spot each episode or the mangled sentences by Officer Crabtree who thinks he can speak fluent French, but in reality is hard to understand. 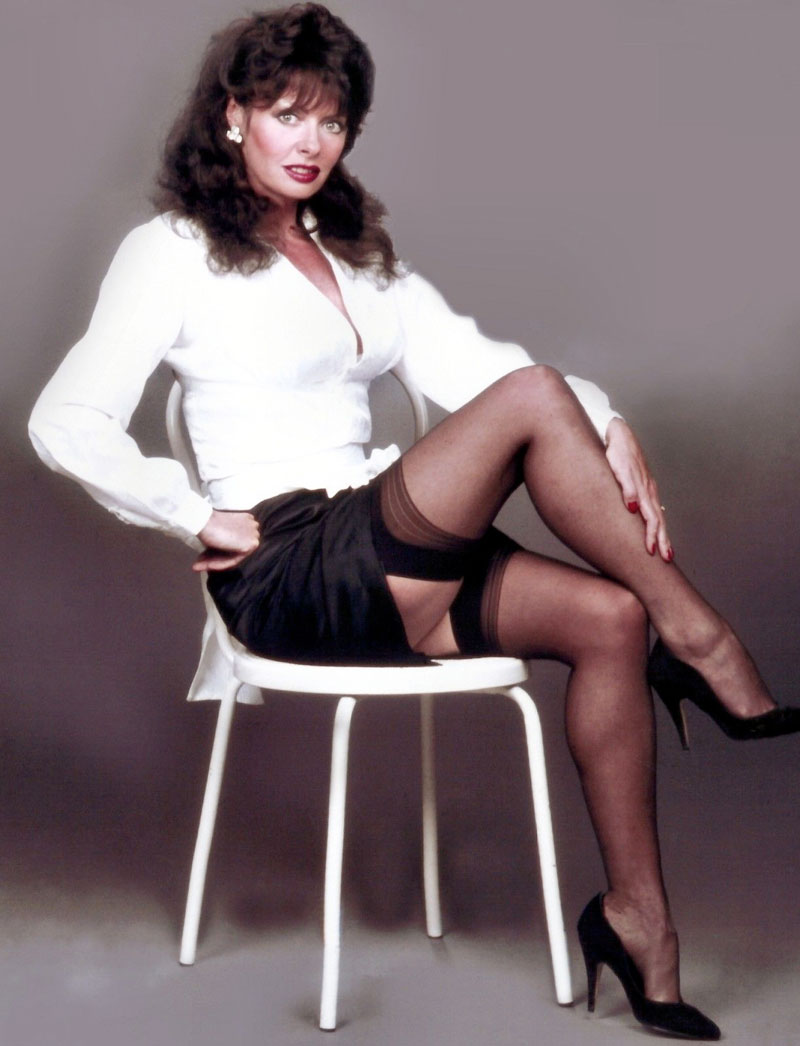 The most controversial element of the show is of course its setting. It uses one the darkest periods in recent European history as the background for a comedy about a group of bumbling characters who are after a couple of valuable antiques they will try to sell after the war. In doing so ‘Allo ‘Allo! even makes the Nazi’s, usually depicted as pure evil, somewhat sympathetic. Especially the soft-natured Lt. Gruber who fancies René.

The show creates an equal playing field for all of the characters despite their background. Only René was a tad less clueless than the rest of the characters. but even he often got the short end of the stick. This is because the show always revolved around elaborate plans that are destined to fail. Whatever that plan entailed. Whether it was to get the airmen back to England, to retrieve a device or for René to elope with his waitress/mistress Yvette. The saying “even the best laid plans sometimes go askew” is pretty much what sums up this show’s plots.

‘Allo ‘Allo! consists of nine seasons which can be divided into three notable parts, mostly based on the cast members:

With seasons 4-7 consisting of a total of 50 episodes it makes up the bulk of the series and in my opinion can be seen as the cast most people were familiar with. Especially when you consider this show ran for 10 years. People watching the show in 1989 probably had a hard time remembering characters like Maria who departed the show 4 years ago without a big sendoff. 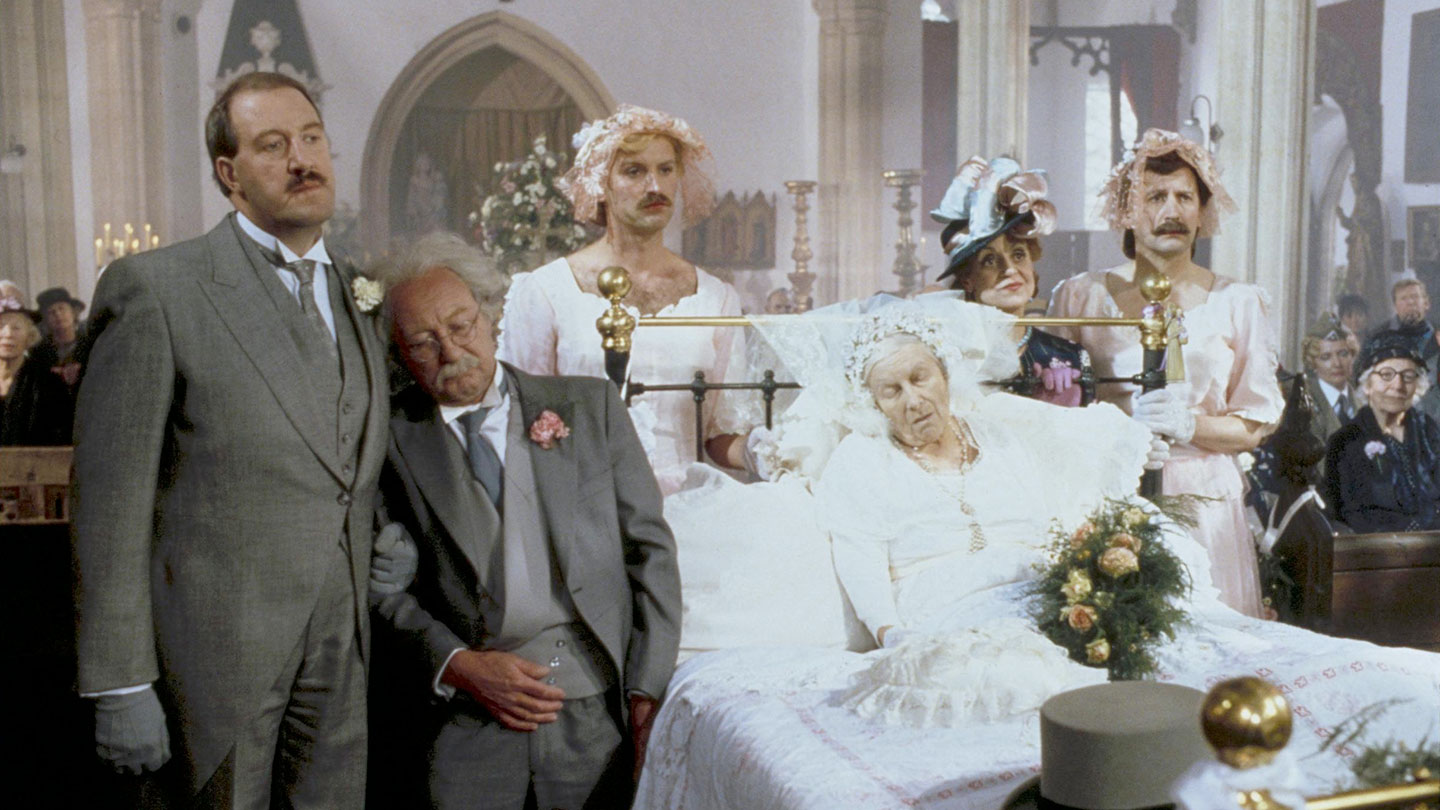 One of the most notable elements of the show was the fact that every episode would pick up where the previous episode left off. Something you often see in drama shows, but rarely in comedies. The plots became more and more convoluted with each episode. To solve this René would start each episode with breaking the fourth wall and addressing the viewer as to what has been going on. 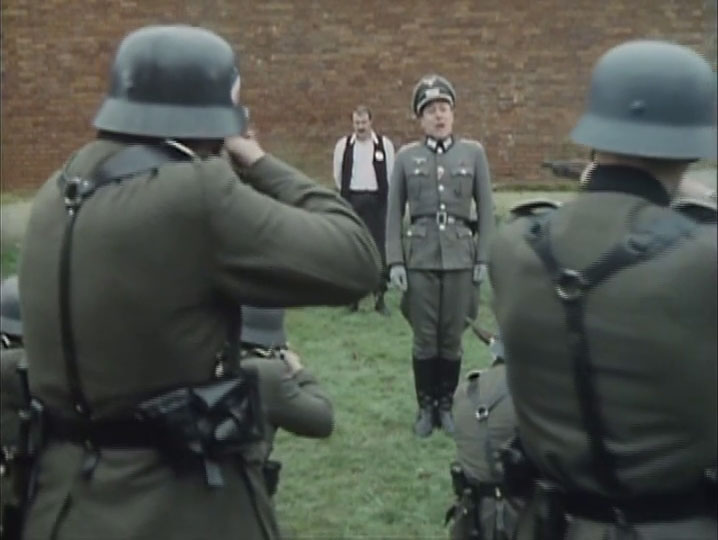 Early in season one René ends up before a firing squad led by Lt. Gruber. Unknowingly to him the bullets have been replaced with wooden ones allowing René to fake his own death. The rest of the show has René posing as his own twin brother who is also named René. In soap operas this would have been forgotten really quickly by the script writers but in ‘Allo ‘Allo! it is mentioned every so often and even has consequences on the plot. With René legally dead his cafe is now owned by his wife Edith and Lt. Gruber shows remorse on multiple occasions. 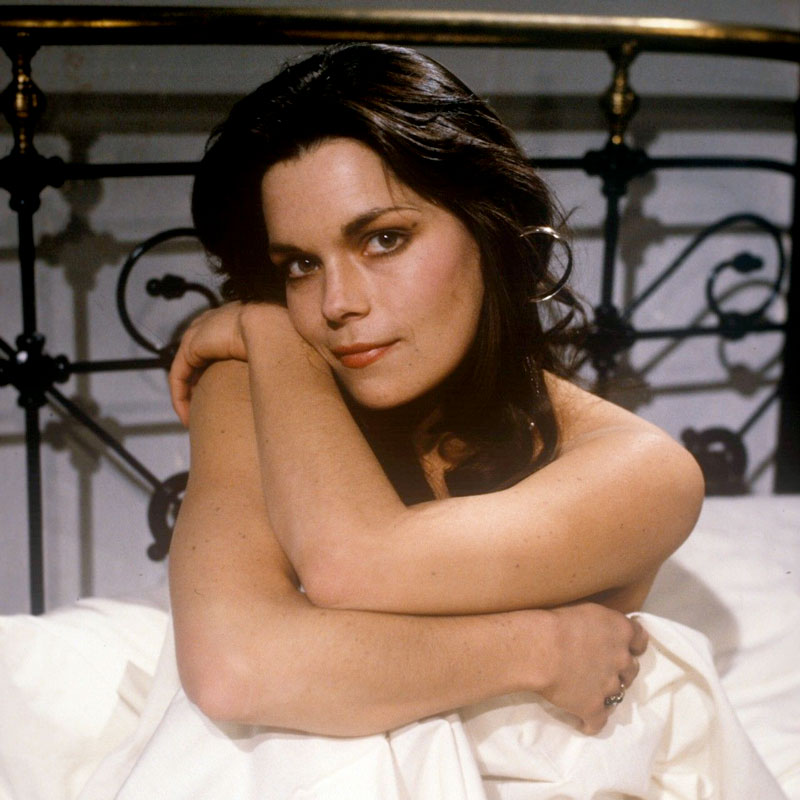 But the writers tend to be selective with the continuity of the show. Take the valuable antiques for instance. In the first season there is the famous painting of “The Fallen Madonna With The Big Boobies” by Van Klomp, but also a priceless cuckoo clock. Later on in the series a painting by Van Gogh was introduced: The Cracked Vase With The Big Daisies. While The Fallen Madonna is a consistent factor throughout the show, both the cuckoo clock and Van Gogh painting are suddenly never heard of again.

Some of the continuity is hindered by real-life events. In some cases actors quit the show between seasons. While the character of Hans Geering gets an official send-off early in season 4 a character like Maria is just suddenly gone. With only René mentioning how she has send herself as a parcel to Switzerland in a throwaway line. But tragedy also occurred during the run of the show. Jack Haigh who played Roger Leclerc died between seasons five and six. He was replaced by his nephew Ernest Leclerc. But actor Derek Royle died shortly after filming season six. Robin Parkinson took up his role for the remaining 13 episodes. Other characters have also been played by multiple actors. There have been two Captain Bertorellis as well as two Herr Flicks. 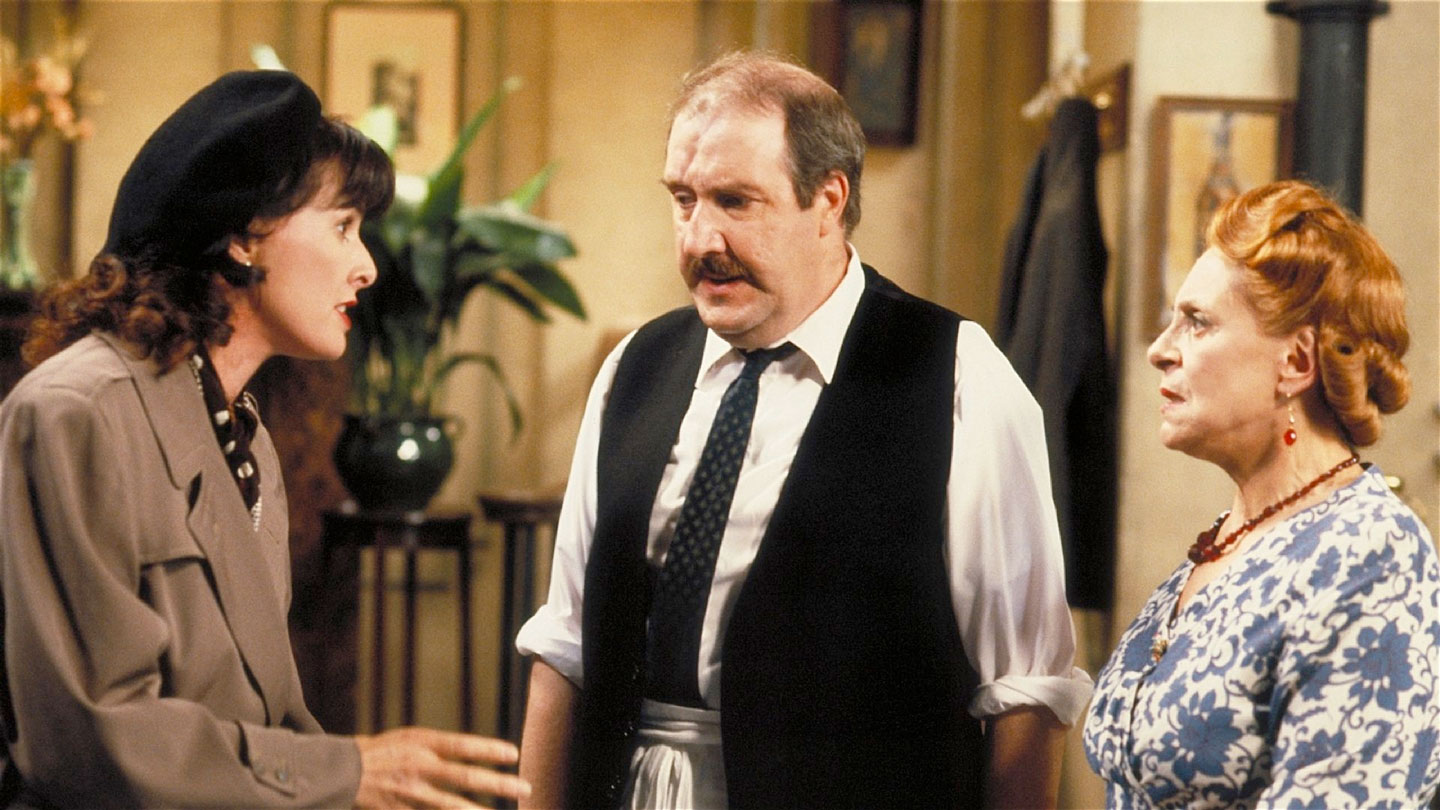 A sudden jump in time 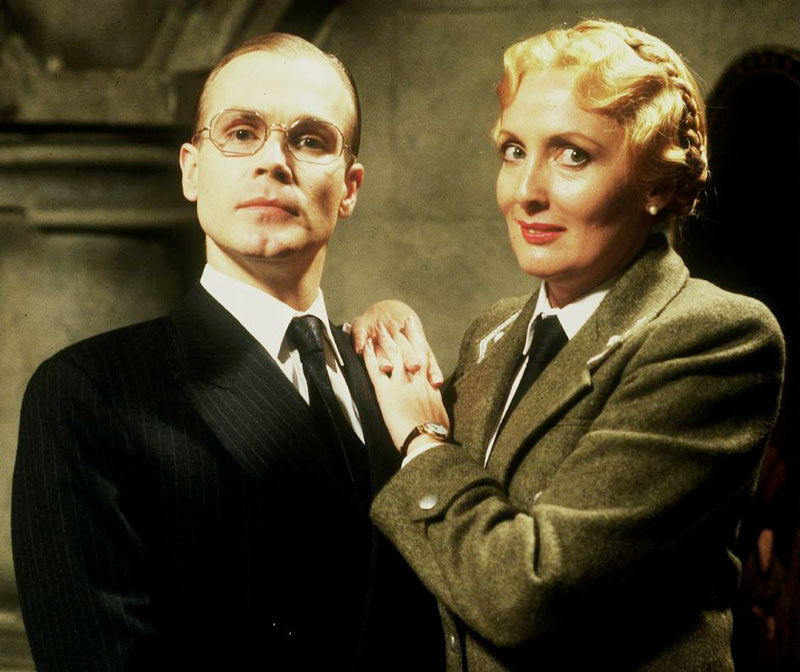 But continuity was always less important than generating laughs. Up until the end of the show the series manages to remain funny. But the final two seasons do feel tacked on. The most disappointing element being the sudden departure of the British Airmen. For seven seasons plans to get the British airmen back to England have been used to drive the plot forward. Plans that would ultimately fail. Then with the start of season eight and a sudden jump in time we are simply told that the airmen are back home. The audience at least deserves to be witness to this event as we have seen these events go wrong so many times.

Because of departing characters the writers had to come up with new plots and with the allied forces looming over occupied France the dynamic between the characters changed. Suddenly the German officers became much more dependent on René instead of the other way around. These changed dynamics are also responsible for the slightly different tone in the final two seasons. 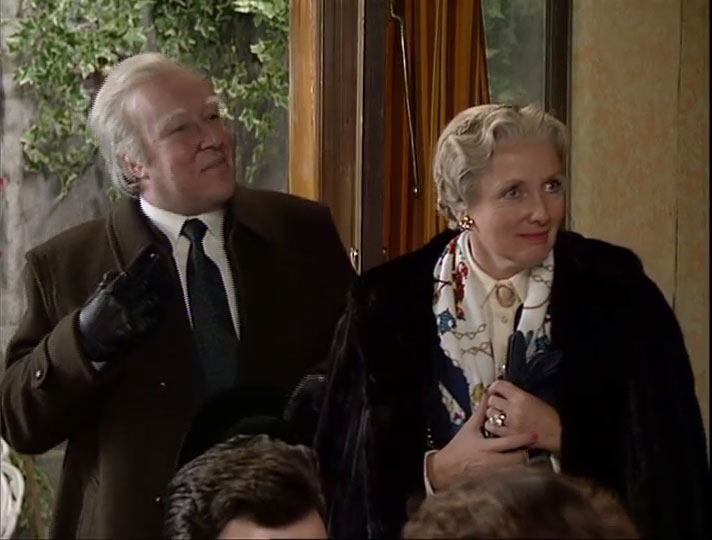 ‘Allo ‘Allo! does pull something off not many TV-shows are capable off: a satisfying finale. This is especially remarkable considering that 30 years ago TV-shows hardly had any definitive endings. Most of them were simply not renewed when ratings started to decline leaving viewers with a show that suddenly stopped. That does not pose a real problem when a show follows an episodic structure like Knight Rider or The A-Team. But ‘Allo ‘Allo!’s episodes were always part of a larger syory. And since it is set during World War 2 the inevitable end of the war could always be introduced as a deus ex machina. And so they did.

In the final season everything worked towards the moment the allied forces come through the door of René’s cafe. The final episode manages to give a satisfying conclusion to nine seasons of shenanigans in occupied France. It even fast-forwards to present day 1990 to show how the characters end up after the war. 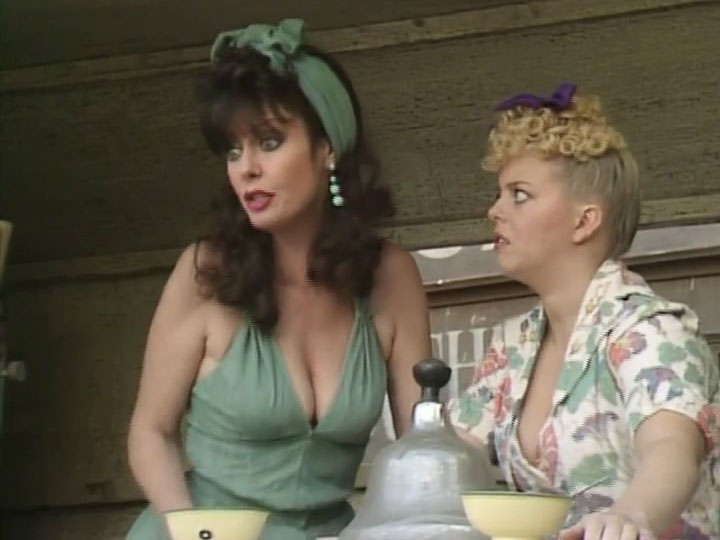 Looking back at ‘Allo ‘Allo! I can only conclude that this is a timeless comedy. There have been some remarks about the gay-stereotype Gruber embodies, but I think that they handled that character with respect. In a certain way it is even in touch with the period it was set. There were no prides back then. He was certainly not the laughing stock of the show, because everybody was. It’s a sweet and funny ensemble piece full of memorable characters and even more memorable catch-phrases. Some of which are still in use today.

If you start flipping the channels on your TV at this moment, chances are you will come across a rerun of this show. That is a testament of its timelessness. ‘Allo ‘Allo! will probably live on long after the last cast-member is gone. Which sadly is coming closer each day as most of the main cast has already departed. It’s a sad but inevitable conclusion. Luckily we can always go back to Cafe René in the small town of Nouvion and be pulled into whatever scheme to get the British Airmen back to England they have made up this week. Or just end up listening to Madame Edith singing off-key.

Anybody has some cheese for me to put in my ears?