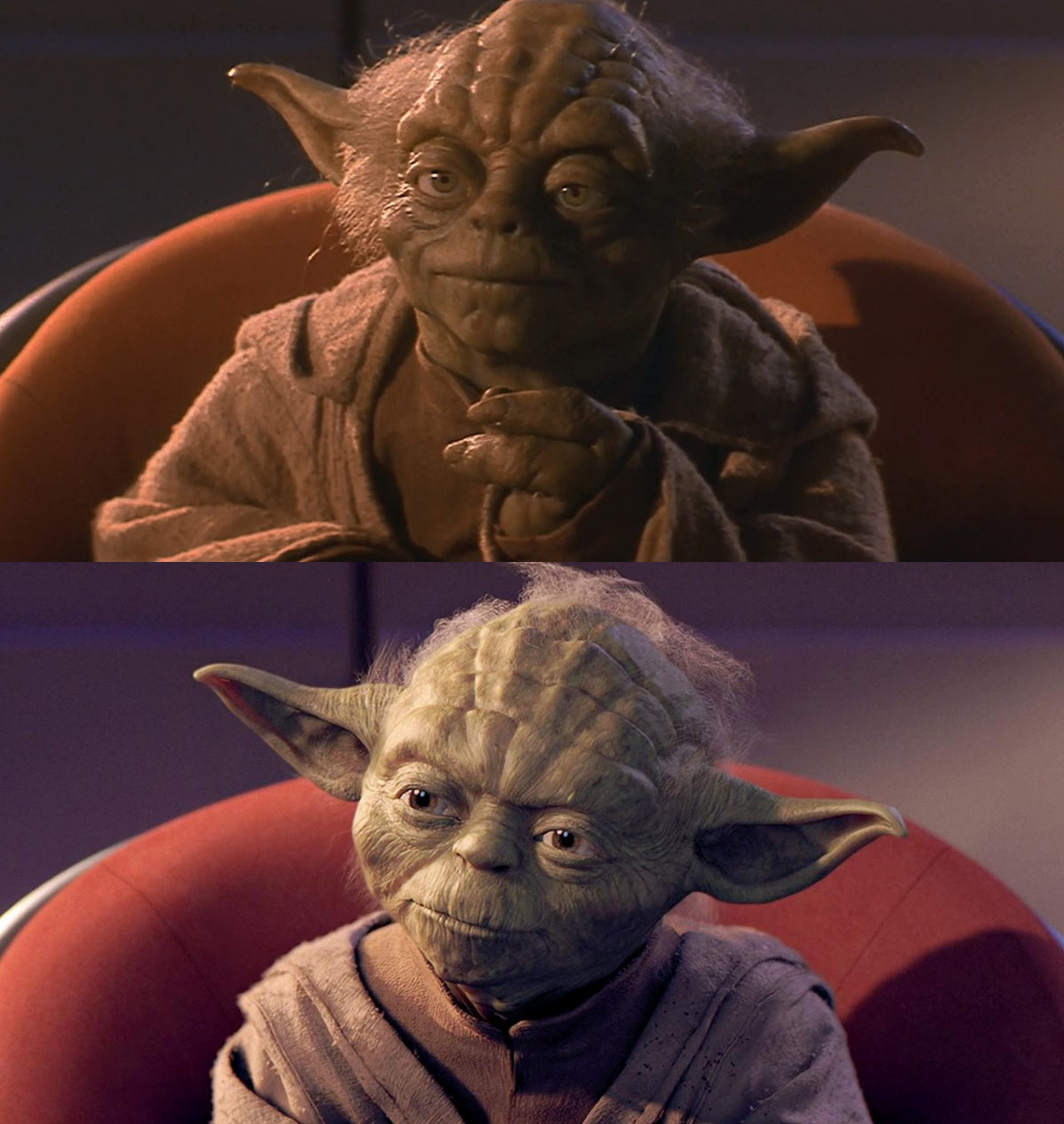 If there is one movie maker people love to hate it’s George Lucas. Lucas made himself an empire when he wrote and directed Star Wars back in 1977. This was the last highlight of his career as a director as the only movies he directed after that were the critically failed Star Wars prequel movies. But what people seem to hate most about George Lucas are the multiple additions/changes he made to the original Star Wars trilogy. It’s an infuriating topic among Star Wars fans and the status quo is that most of them want the original trilogy to be left untampered with. I myself hold a different opinion: If a director wants to update his movie, or make changes to them after its release: why not?

In 1997 20th Century Fox released the Star Wars Special Editions on VHS. I didn’t know what was so special about them and had only seen the original trilogy somewhere in the early 90’s  on TV one time so when I watched them nothing actually stood out, though some of the effects looked pretty good considering I was watching a twenty year old movie. There was a feature on the VHS tape about the Special Edition and what made it special. In this documentary Lucas pointed out that they remastered the movie and used today’s possibilities to enhance the movie’s effects. For instance: there was a little black line separating the cockpit window and the green screen projection behind it. They erased this making the effect more realistic. They did the same with the landspeeder Obi-Wan and Luke traveled in.  I can hardly imagine anyone making a fuss about these corrections.

The problem most people (i.e. fans) have with these began when Lucas started adding CGI over existing scenes. When you watch the new movies there are multiple scenes in which CG-creatures have been added as background filler. Apparently Lucas wanted to create a more grand scale feeling by having Storm Troopers riding lizard like creatures. Multiple scenes have added extras in the fore- and background. There were also some deleted scenes put back in, something which happens often, especially since DVD took over from VHS as the preferred home viewing format. Sometimes DVDs (or Blu-Rays) have multiple versions on them like director’s cuts.

I think this is the main problem with the updates on the Star Wars movies is that George Lucas sees the latest update on his movies as the definitive version. He handles his movies as a software upgrade rather than a remix of a song; The older versions aren’t available for viewing, just the new one. If you want to watch movies as they have been originally released: good luck finding a VHS tape with its glorious 4:3 aspect-ratio.

Times change and so does the way we watch movies. Movies today all look and sound very differently than movies made 40 years ago. A simple comparison between the Obi-Wan Kenobi/Darth Vader and Qui-Gon Jinn/Darth Maul fights in Episode IV (1978) and Episode I (1999) respectively is a good example. While the first is the better movie, the latter has a better choreographed fight scene making it much more spectacular than a geriatric Alec Guinness waving his light saber. To attract a new audience with old movies can be difficult if the movie has special effects which are considered dated compared to today’s standards or the movie’s pacing feels awkward because of the rapid editing we’re used to now. Hate George Lucas all you want but you know what the alternative is? 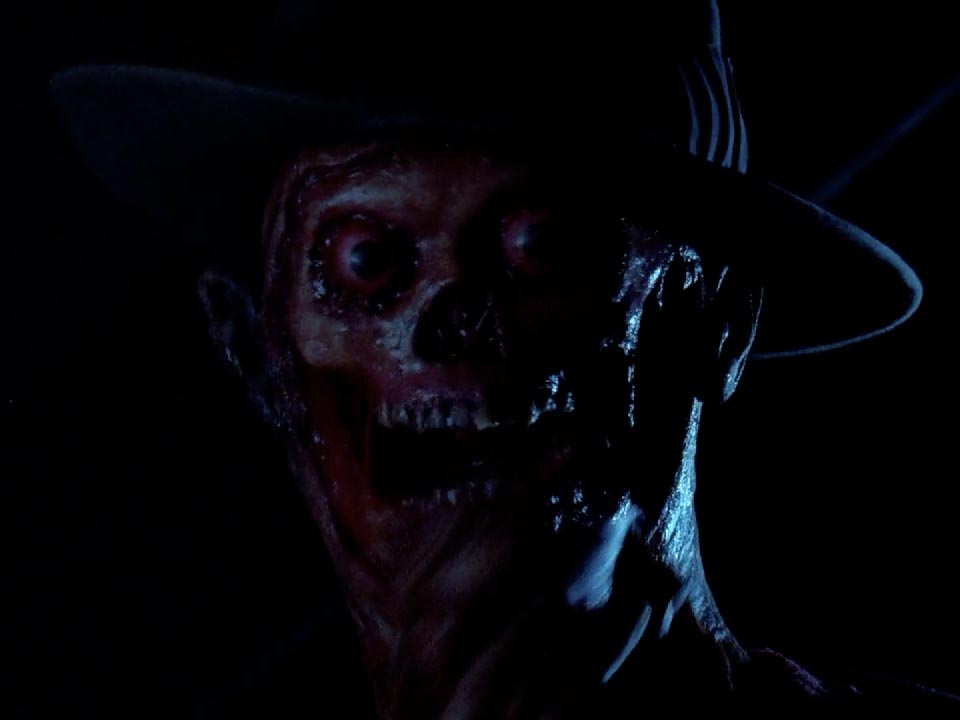 The last 15 years or so a lot of old movies have been getting the remake treatment, especially in the Horror department. Halloween, Friday The 13th, A Nightmare on Elm Street, The Evil Dead… the list goes on and on. The audience wasn’t waiting for them and most of them have been negatively received by critics and fans of the originals. But they have a slick look and some great special effects so the young audience swallows it like candy, rather than watching the old grainy original version with outdated practical effects and mono audio. The way George Lucas approaches his older movies might not be such a bad idea after all then. Would you really mind if Wes Craven went back into the editing room and made some of the effects like Freddy pulling his face off or Nancy’s mom being pulled through the window better/more realistic by recreating them with the computer? My guess is: probably not, as long as the original print is kept available for your nostalgic viewing pleasure.

Let’s take another famous property which could benefit from an update: The Terminator. The first two movies are pure classics, the second one even being responsible for kick starting the use of CGI in movies. The first one however, was made on a low budget with a bunch of little known actors and became a modest hit in the cinemas but really became a success due to video rentals. As a low budget movie it should come as no surprise that the effects of this 1984 movie look rough and dated. The practical effects of the damage to Arnold’s Terminator are still passable, but the moment the Endoskeleton rises from the flames it becomes much harder to believe what we see on screen. The close-ups are realistic, but when he walks it’s all clearly a stop-motion effect. If James Cameron would give some effects guys carte blanche to recreate these scenes with a CG-model I wouldn’t mind at all. Better that, than yet another pointless remake. 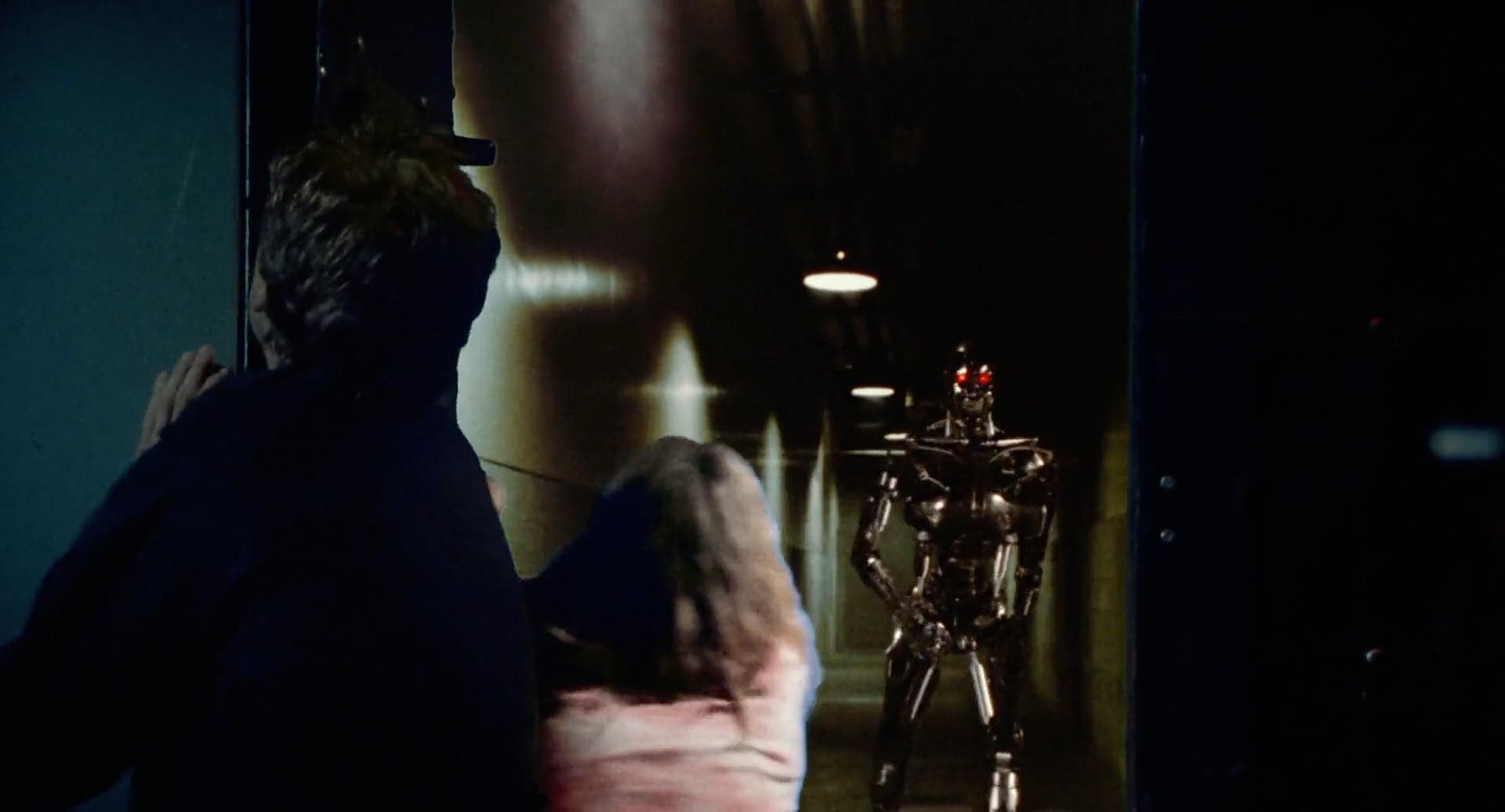 Despite being a robot, the movements of the T-800 in this scene are too stiff

I think updating old movies with CG isn’t a bad thing per se. Think of it as the coloring of old black and white movies. There are always people who protest it but for the general audience it’s the preferred version. I’ve seen a lot of Hitchcock classics in a colored version while they were originally released in black and white. To be honest, unless the black and white is a stylistic choice like in Ed Wood or Schindler’s list, I would rather watch a movie in color than in black and white. I’d also rather watch an old action movie with an updated 5.1 soundtrack than the original flat mono sound track. As long as it improves the movie I’m OK with it. The only thing I would like to see is that the original movie is just as easily available as the original. In a way this is already the case with the aforementioned Blu-Ray/DVD releases. When you buy Terminator 2 on Blu-Ray you have the choice to watch the original theatrical cut or the director’s cut which runs 16 minutes longer.

This is something that has gained ground since DVD replaced VHS and it became easy to include multiple versions of a movie. Nowadays it’s even announced at the release of a movie in cinemas that the Blu-Ray release will feature a certain version with deleted scenes put back in. It’s perfectly normal and completely accepted to have multiple versions of a movie. Watchmen is a fine example: There is the 3 hour theatrical cut, the 3.5 hour director’s cut and a 4+ hour Ultimate cut. Everybody who wants to see Watchmen can pick one of these 3 versions. For the release of all the Alien movies Fox provided us with the original theatrical versions and director’s cuts.

This was especially welcome in the case of Alien 3, a movie that was butchered by the studio resulting in a disappointing movie from first-time director David Fincher. They released an “Assembly cut” with all of the deleted scenes put back in an it in my opinion a far better movie. The mistake George Lucas makes is not granting people access to the original trilogy in its original form in current formats, whether that would be DVD, Blu-Ray or VOD.

A shot from the Assembly cut of Alien 3 in which the Alien hatches from an ox instead of a dog.

In fact the entire movie industry could take some notes here and make all of the versions of their films available. For collectors it has been troublesome to collect certain versions of movies that have been rumored to exist. Sam Raimi’s Army of Darkness has been released in a wide variety of different versions all around the world making it impossible to pinpoint which one the official release is. If MGM (the owner of the rights) would collect all of these cuts and make them all available in VOD format so that the user can easily pick which version they want to see it would please everyone. You can switch on the latest Star Wars: Return Of The Jedi for your kid so that he can watch the Ewoks blink their eyes and snappy CG creatures in the background, while you yourself watch A New Hope without the CGI Jabba the Hutt scene inserted.

But updating a movie is one thing. Simply remastering of both picture and audio is welcomed by most people. Clearing a picture from artifacts or upgrading a mono soundtrack to a 5.1 soundtrack isn’t as controversial as what Lucas is doing with his movies. The question is: when is someone going too far? That is difficult to pinpoint, but my opinion is that Lucas is taking it too far. First of all he keeps on updating. Every release on home video so far has come with new adjustments to the movies. I can also relate to complaints that some scenes have been updated that hardly need updating. I always preferred puppet Yoda to the CG-Yoda from Episode II and III. He just looks more realistic, mostly because he’s a real object. Because Lucas wanted to keep Yoda’s look consistent throughout the prequel movies he has gone back and recreated Yoda’s scenes in Episode I with the same CG-Yoda used in the next two movies. To me a nonsensical addition. Then again people will probably say the same thing about my proposal of replacing the stop motion scenes of the original Terminator.

I think that updating works best when it doesn’t involve changes to the plot or replacing perfectly good scenes just because they are not CG. What I won’t mind are updates that take place in the background like added flying vehicles, creatures or small updates like blinking eyes. Also updating effects that are clearly dated like stop-motion animation are OK by me. But as long as the original versions stay available to the public I don’t see any problem with directors tinkering with their products after they have been released.