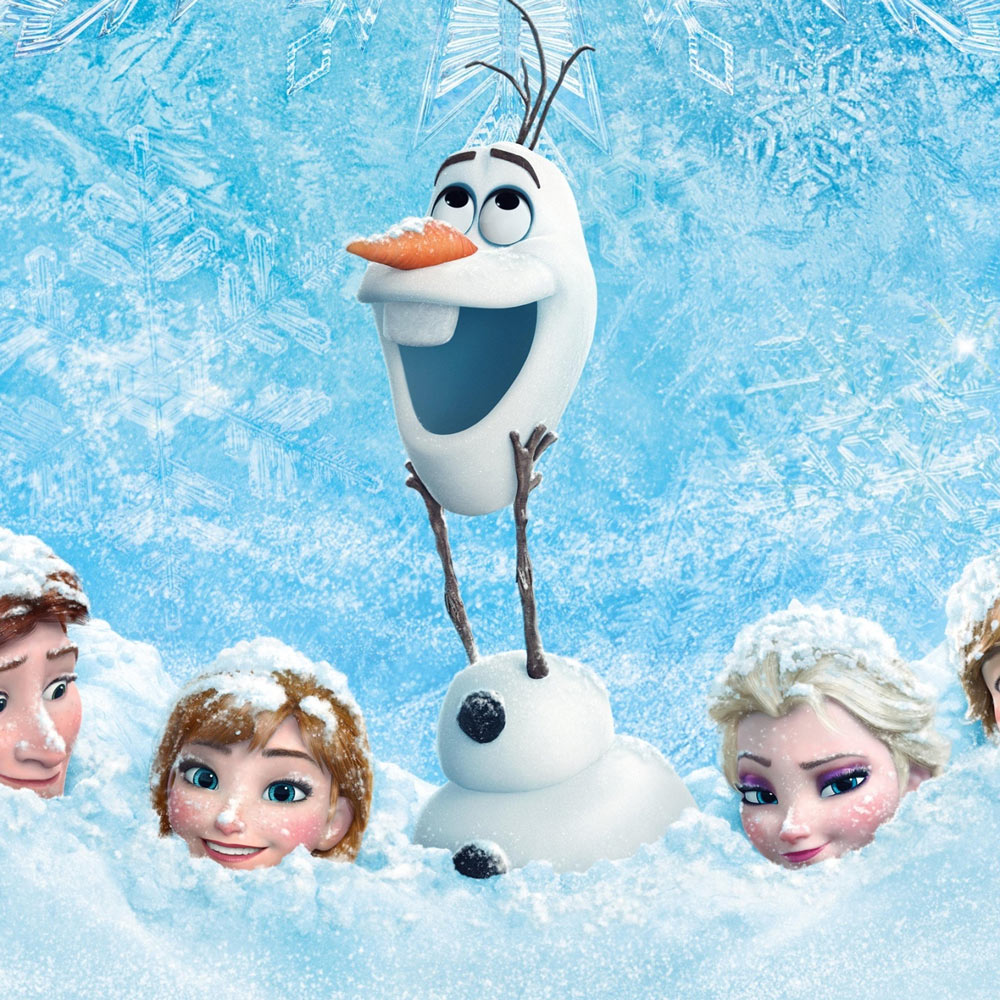 Today I came across an article with a title that pretty much covers it all: “Frozen” now no. 5 all-time at global box office. Ever since Frozen was released in november 2013 it seemed to have taken the world by snowstorm. It received good reviews, won an Oscar for best song and somehow is still pretty popular even in the spring. Pretty impressive for a movie which mostly suits the winter months. Even the internet has been taken over by Frozen as people are still raving about its quality and fun sites like 9Gag are full of images from and about the movie. So with all the hype surrounding it I watched it.

First of all I was a little bit mis-informed expecting a general Disney movie, with maybe a song and dance number here and there. Frozen however is a full fledged musical throwing songs at the audience every 5 minutes or so. Had the majority of these songs been fun and catchy like in Grease or Mary Poppins it would be great, but Frozen has a bunch of songs of which only “Let it go” is truly memorable. Each song is basically part of the generic song staple: an exposition song, a ballad, a funny song, a love song etc. Frozen is decades of Broadway musical experience used in a movie and it gives this the movie an overproduced feel.

On a side note: I “hate” those kind of Musicals; the ones in which everything is explained or solved with song and dance.

So I’m not the target audience, but is this movie really deserving all that praise? When you look at it it’s a pretty safely made movie which takes almost no risks and has a generic fairy tale story with a happy end. It didn’t surprise me at all and if you don’t like the songs or musicals in general there’s very little for you left. Sure the animation is great, but all I hear is about how great it is that this movie is about female empowerment and how fresh this is especially considering this is a Disney movie.

Really? Both Mulan or Pocahontas don’t ring a bell?

The days of Snow white and Cinderella are long gone so the whole female empowerment argument is bullshit. Frozen is something that belongs on Broadway and, not quite surprising, that is were it will go. If you like it, that’s OK, but please keep the praise down. As much as you might have enjoyed it, in terms of storytelling or original ideas this is hardly The Godfather of animation.