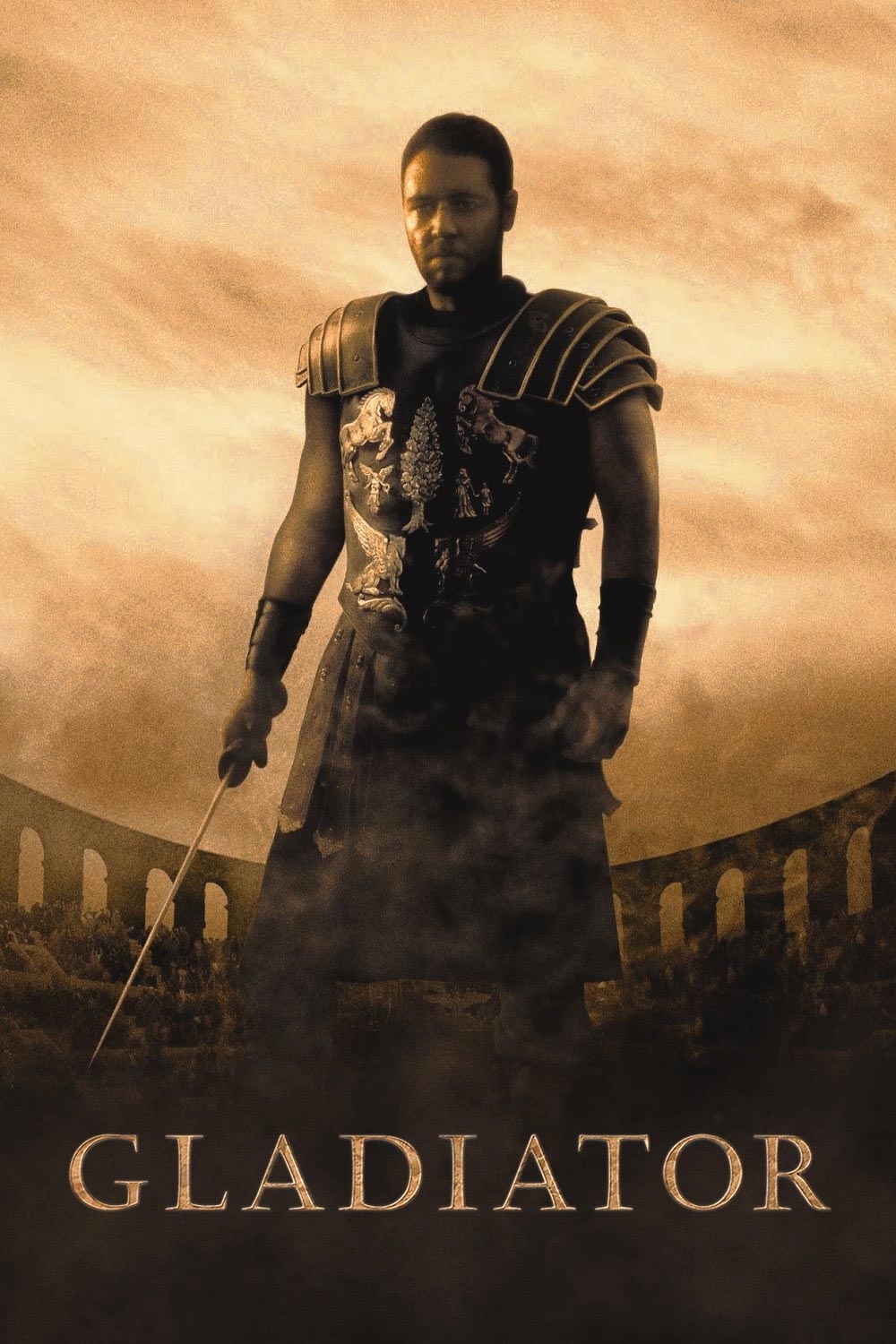 The movie that made Russell Crowe a leading man as his “Gladiator” defeated “Chocolat”, “Crouching Tiger, Hidden Dragon”, “Erin Brockovich” and “Traffic” in a fight to the death or so to speak. A movie that reinvented and rebooted the swords-and-sandals genre that was pronounced dead practically. And with a solid 8.3 it’s on the #102 spot in the Top 250, but once again there are other movies released that year that we have rated much higher and weren’t even nominated. “Memento”, Christopher Nolan’s breakthrough picture for instance. It might have been a too difficult or too independent for the Academy, but we’ve rated it an 8.6 which brings it to the #27 spot on the list. Next up is “Requiem For A Dream”, the movie that cemented Darren Aronofsky’s name after his debut “Pi”. It’s on #61 on the list. Then comes “Gladiator” followed by “Snatch” (#135), Amores Perros (#163) and “Crouching Tiger, Hidden Dragon” (#222). Only two of the year 2000 movies in the Top 250 were nominated for the Best Picture Oscar. “Gladiator” might have been a good movie, we don’t think it’s as good as “Memento” or “Requiem For A Dream”. It’s funny how we the audience like a couple of small difficult art-house movies more than the Academy does which rewarded the more Hollywood-like “Gladiator”. Normally it’s the other way around. 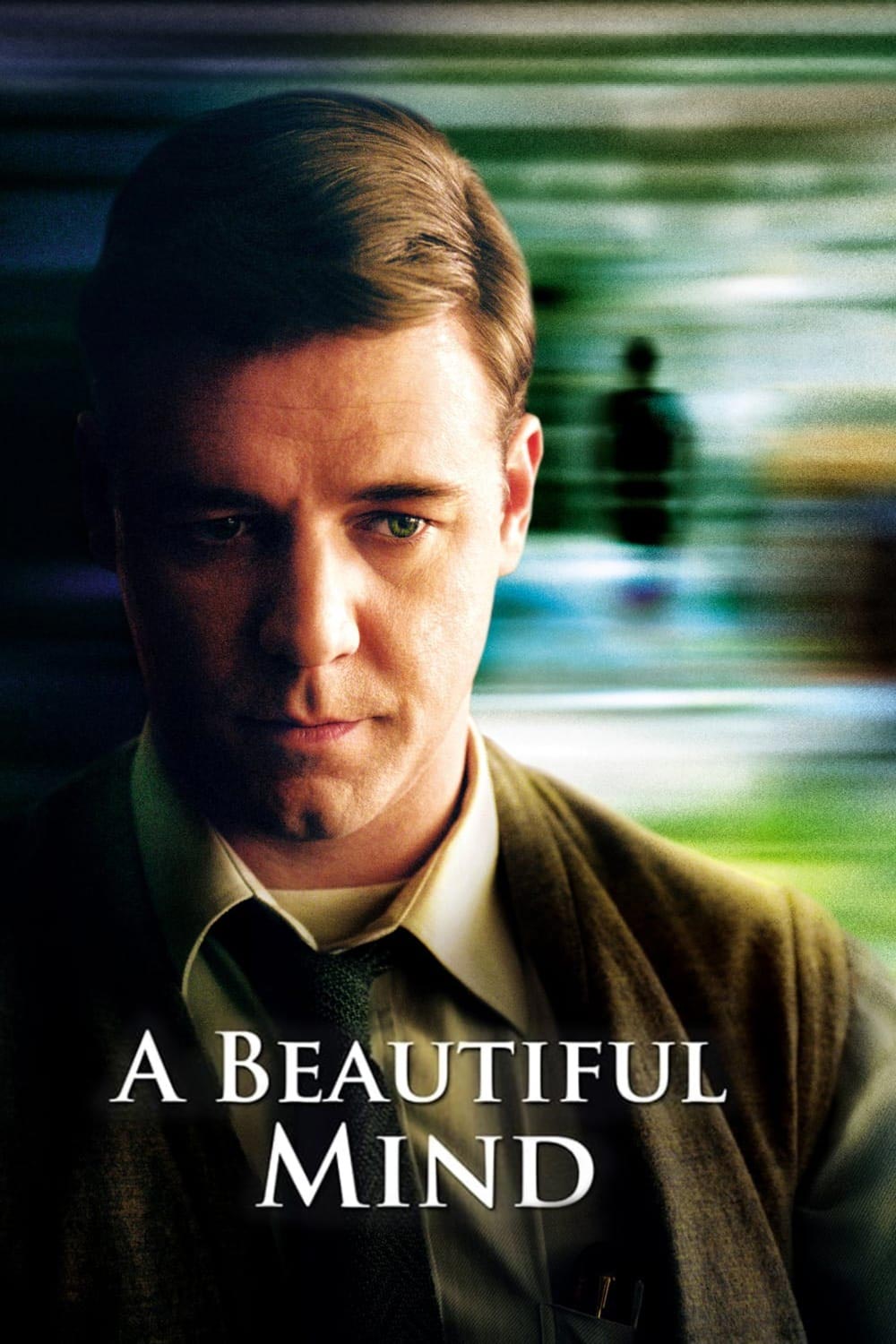 “A Beautiful Mind” was considered a beautiful movie by the Academy and they chose to reward it with a Best Picture Award. The competition consisted of “Gosford Park”, “In the Bedroom”, “The Lord of the Rings: The Fellowship of the Ring” and “Moulin Rouge”. 2001 was the year that the “Lord Of The Rings” movie franchise started and instantly were put on the nominee lists year after year only for “The Return Of The King” to win in 2003. it was quite clear from the start that the Academy was probably going to wait until the last movie to see how the series turned out before it started throwing awards at the films. And as the 3 movies are basically one giant 9 hour film I can’t actually blame them.
While “A Beautiful Mind” is a good film the ratings say that we don’t agree with the choice of the Academy, because we do think “The Lord of the Rings: The Fellowship of the Ring” was the best movie of that year with an 8.7 grade, which puts it on #19 on the list, followed by “Le fabuleux destin d’Amélie Poulain” on #43 with an 8.5. A movie that is strangely missing as it was an art-house hit that went mainstream with ease. It hasn’t even won the Foreign Language Oscar. None of the nominees other than “Lord Of The Rings” is on the Top 250 making, not even the winner of the Oscar. Movies that are but weren’t even nominated: “Spirited Away” (#45), “Donnie Darko” (#124), “Mulholland Dr.” (#235) and “Monsters, Inc.” (#244). 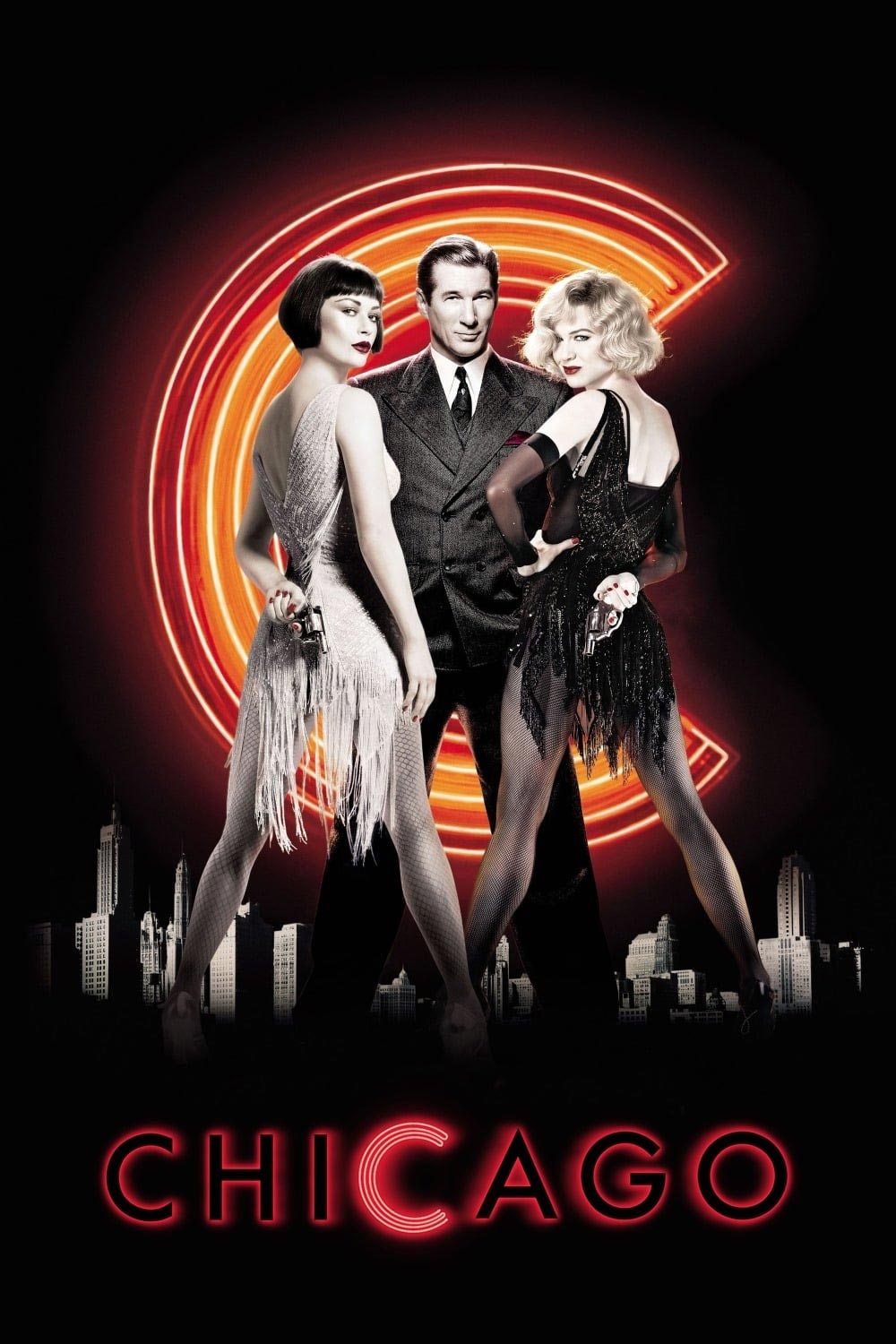 A musical that wins Best Picture is not something we see every year. The more admirable it is when it happens, or not? Well, we have graded “Chicago” with a mere 7.2 on IMDB. A good, but far from great grade. When you look at the competition this must have been the underdog of the bunch. It won over “Gangs of New York”, “The Hours”, “The Lord of the Rings: The Two Towers” and “The Pianist”. It wil probably not come to you as a surprise that we rate “The Lord of the Rings: The Two Towers” as the best movie of the bunch, but the non-nominated “Cidade de Deus” is the highest rated movie of the year: 8.7, #17. And it wasn’t even nominated for a Best Foreign Language Picture award! “The Pianist” also has a high rating (8.4, #52) but the other two movies aren’t even on the list. But given the high praise of the Academy it might come as a surprise that we have given “Chicago” the lowest rating of all the nominees. 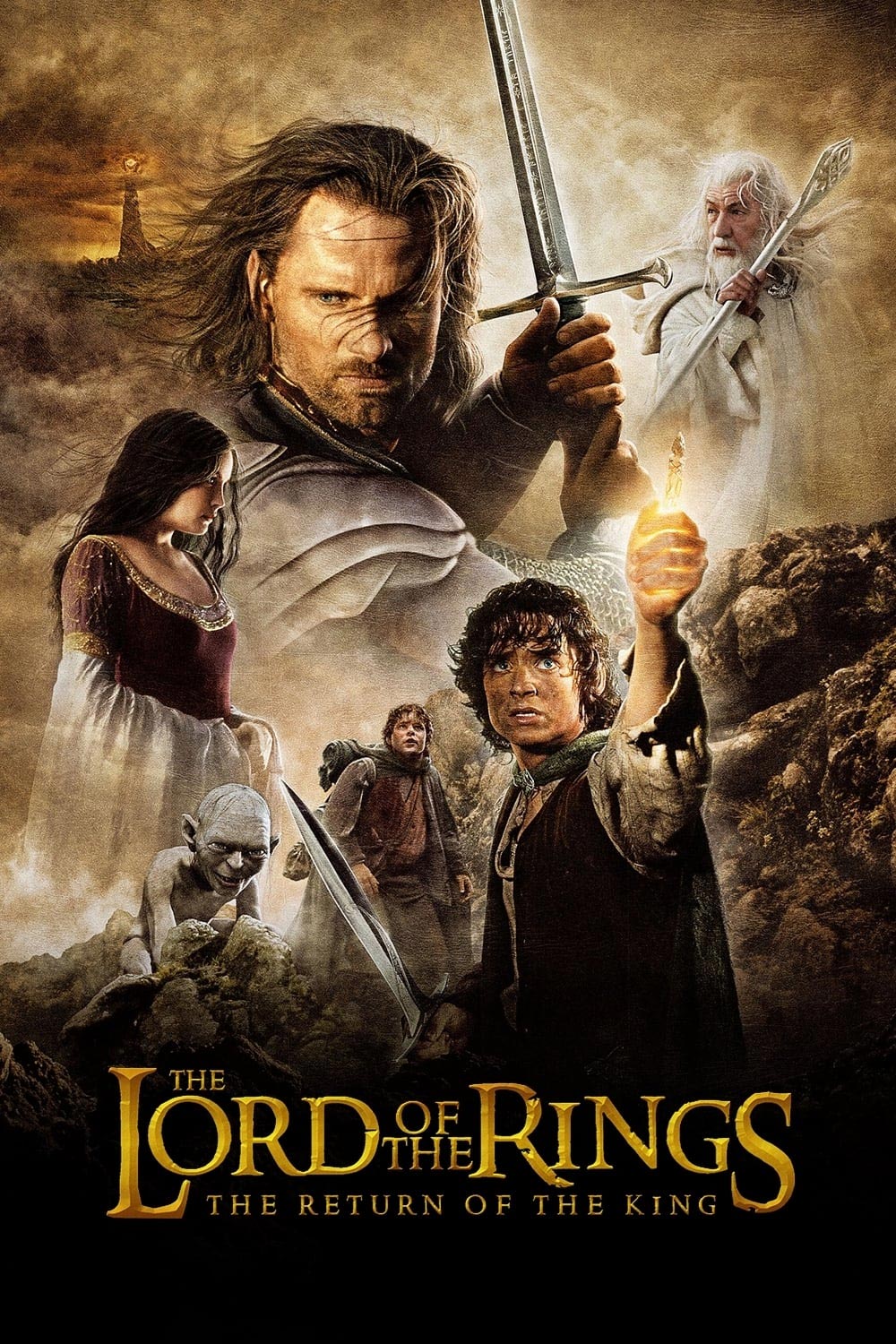 After two years of losing out it came as no surprise that “The Lord of the Rings: The Return of the King” took home the Oscar for Best Picture. It had some tough competition but still it was clear form the start which movie would take home the Golden Boy. “Lost In Translation”, “Master and Commander: The Far Side of the World”, “Mystic River” and “Seabiscuit” could not stand up to the tour de force that Peter Jackson started with this franchise. We agree with this win as we rate the movie a solid 8.8 (#11) while only “Mystic River” is in the list as well but much lower: #213. Again the list is filled with other movies from 2003 but none noted by the Academy for the Best Picture nomination: “Oldboy”, “Kill Bill: Vol. 1”, “Finding Nemo”, “Big Fish”, “Pirates of the Caribbean: The Curse of the Black Pearl”. “Finding Nemo” did got its due as it won the award for best animated feature, and it’s the highest rated animated film of that year by us too, but that competition wasn’t that strong: “Brother Bear” and “Les triplettes de Belleville”. 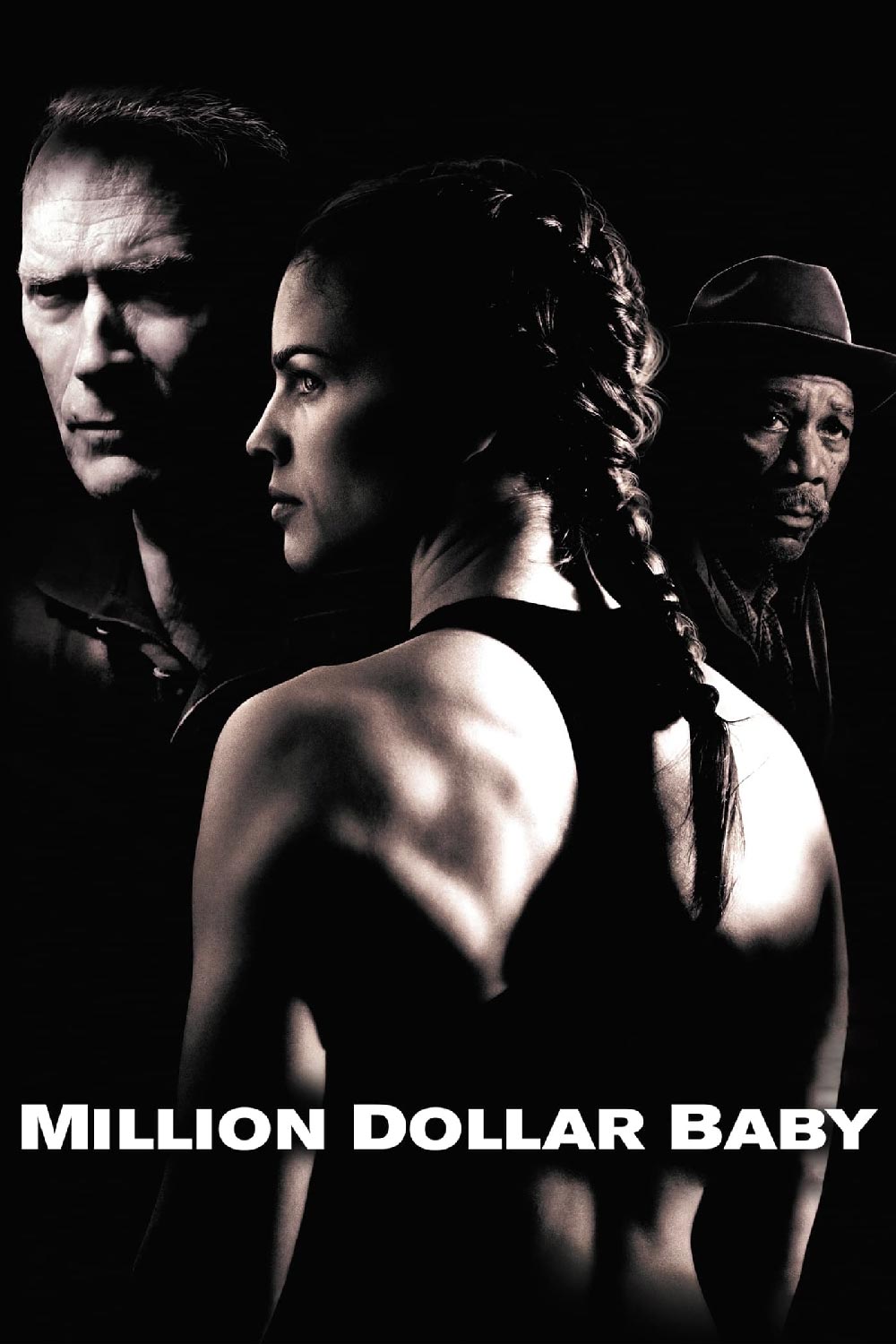 A movie that infuriated religious movements as it was a boxing movie on the outside, but an euthanasia movie on the inside. These kinds of topics can always count on critical praise when the end result is of a high quality, like “Philadelphia”, a groundbreaking movie about AIDS. The competition that year was tough as it went up against “The Aviator”, “Finding Neverland”, “Ray” and “Sideways”. Three of them being biopics which is another favorite category of the Academy. Yet, it did won by a KO and gave previous winners another one to add to their collection. None of the nominees pop up in the Top 250, only “Million Dollar Baby” (#142), yet again other movies are rated higher by us. “Eternal Sunshine Of The Spotless Mind” (#59), “Der Untergang” (#83), “Hotel Rwanda” (#102), “The Incredibles” (#178 – did won Best Animated Feature Oscar), “Kill Bill: Vol. 2” (#204) and “Shaun of the Dead” (#233). 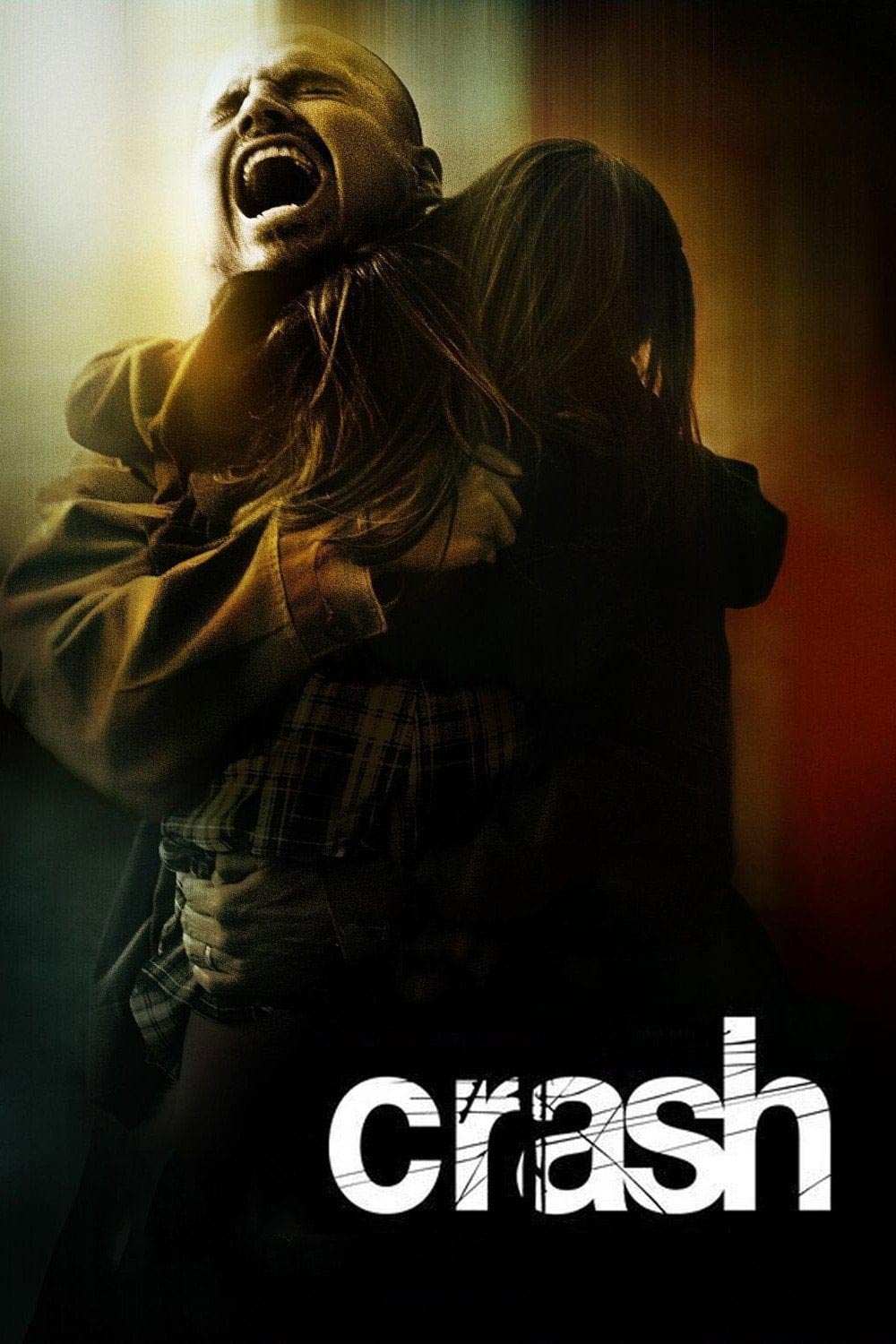 A year featuring heavy topics: racism, gay love, a terrorist attack on the Olympics, communist hunting and a biopic about a gay writer. Of all these movies “Brokeback Mountain” got the most press yet it did lose out to “Crash”. A mosaic movie about racism in Los Angeles. “Crash” also was a movie that was praised but also described as being too morally. Other movies nominated that year were “Capote”, “Good Night, and Good Luck” and “Munich”. Now while heavy topics are favored by the Academy, comic book movies are not. We don’t discriminate and so the highest rated movie of that year by us was “Sin City” (#95) followed by “Batman Begins” (#106) and “V For Vendetta” (#167). We do think Crash is the best of the nominees as it resides on #208, but for us 2005 was the year of the comic book movie. 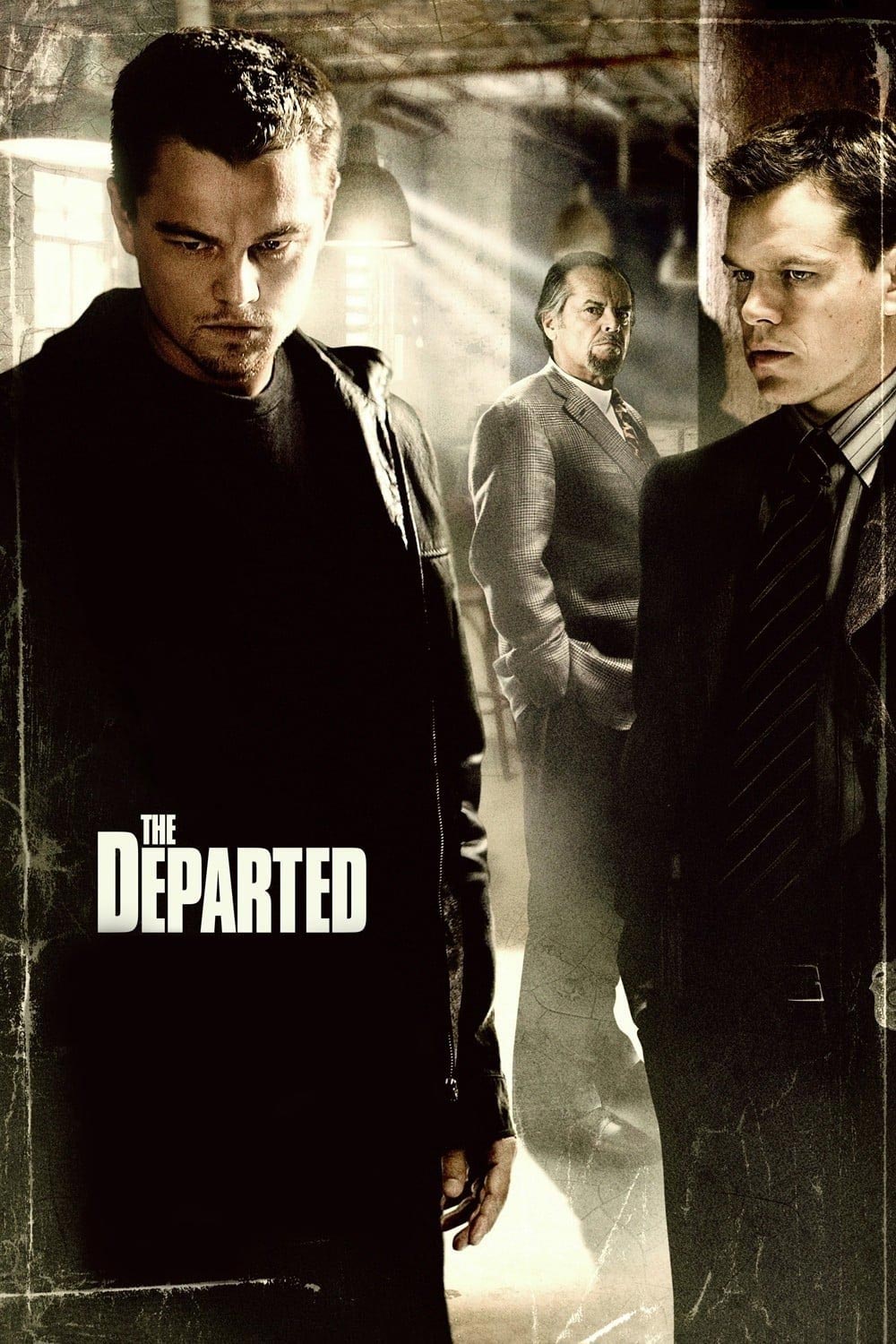 Due to the fact that Martin Scorcese lost out everytime it was only a matter of time before he finally got his due and in 2006 it was his turn to pick up the award for Best Picture. Funny thing is that the movie is actually a remake and even more remarkable: one of those rare seen better-than-the-original-remakes. The movie won over heavy drama like “Babel” and “Letters From Iwo Jima”, light hearted indie movie “Little Miss Sunshine”, and biopic “The Queen”. Well, partially a biopic I guess.
We agree with this win, as “The Departed” is on the #50 spot on the Top 250. “Letters From Iwo Jima” and “Little Miss Sunshine” are also on this list but they have some other movies released in 2006 above them: “Das Leben der Anderen”, “Pan’s Labyrinth”, “The Prestige” and “Children of Men”. “Das Leben der Anderen” did win the Foreign Picture award, but “The Prestige” and “Children Of Men” were sadly overlooked. 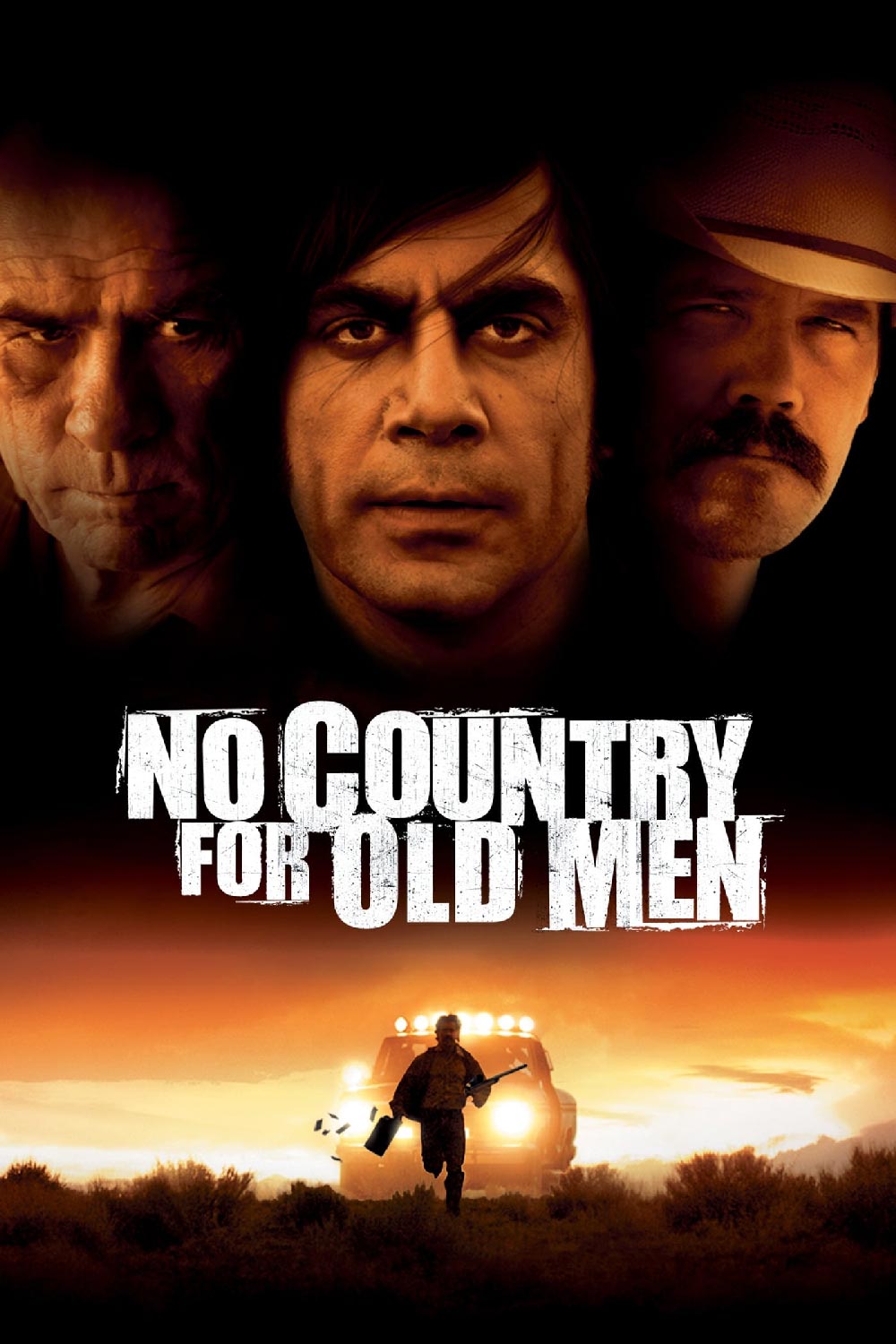 In 2007 the battle was between “No Country For Old Men” and “There Will Be Blood”, the rest of the nominees, “Atonement”, “Juno” and “Michael Clayton”, never had a chance. “No Country For Old Men” won and brought back the Coen brothers after years of making disappointing comedies like “The Ladykillers”. We agree with the Academy as “No Country For Old Men” is the highest rated movie of 2007 by us with a solid #112 position in the Top 250, followed by “There Will Be Blood” (#129), “Into The Wild” (#140), “The Bourne Ultimatum” (#147), “Ratatouille” (#162) and “The Diving Bell and the Butterfly” (#209). A lot of good movies overlook by the Academy for this category, although “Ratatouille” did win an Oscar for best Animated feature. 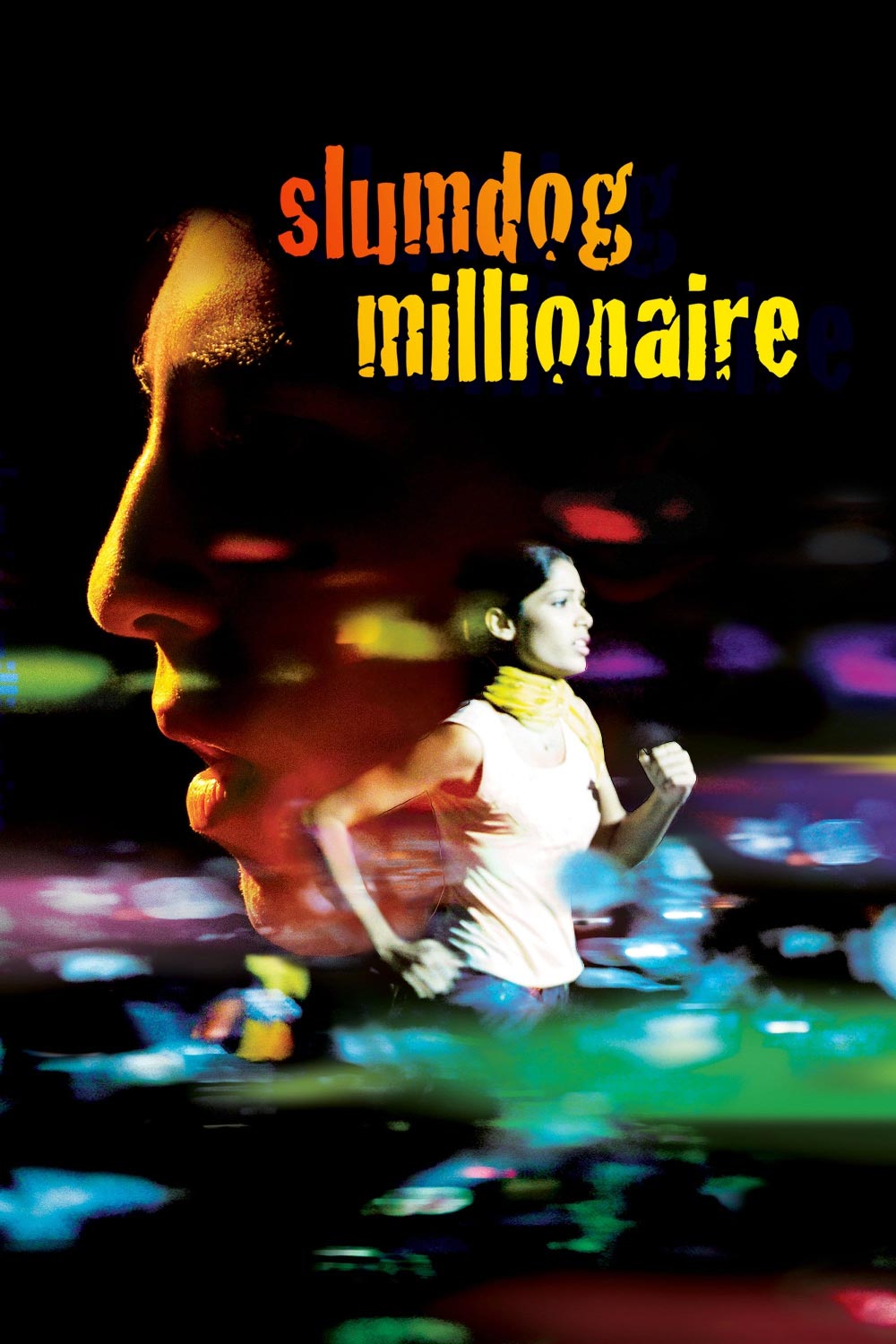 A surprise winner, this India-based movie starring local actors and directed by a British Director. Yet it was this movie that won over another fairytale (The Curious Case of Benjamin Button), a World war 2 Drama (The Reader) and two movies depicting actual events: “Frost/Nixon” and “Milk”, the latter being a biopic. But no matter how good the nominees and winner are, this is the year that one movie was overlooked which did not go by unnoticed. I’m talking of course about “The Dark Knight”. A master piece, and for a while on the #1 spot on the IMDB Top 250, yet other than a posthumous Oscar for Heath Ledger’s performance as the Joker it was ignored by the Academy. Even though we loved it, and the box office exploded, something the Academy must take in consideration when nominating looking at the nominations for “Titanic” and “Avatar”. But “The Dark Knight” is a comic book movie and those are ignored by the Academy as was proven by “Sin City”.

We don’t agree a lot with the Academy and that’s not a total surprise. They have the tendency to pick the more artsy movies rather than big blockbusters. And if it’s a blockbuster that is being chosen than at least it has to be epic.

Who will win the 2009 awards? I can’t tell you. Probably “The Hurt Locker”, especially now that the “Avatar” hype is coming to an end and people see it for what it is: technically impressive but story-wise rather flat. I would like to see Quentin Tarantino win it with “Inglourious Basterds” though. It would really be a surprise win and the man does deserve it after losing, or not being nominated at all, all these times.

One thing is for sure: if “Avatar” wins we will have the same opinion as the Academy as “Avatar” is on spot #55, followed by “Inglourious Basterds” on #71. “The Hurt Locker” is nowhere to be found, so my guess is that one will win. Why? Because the Academy and the audience just don’t agree.