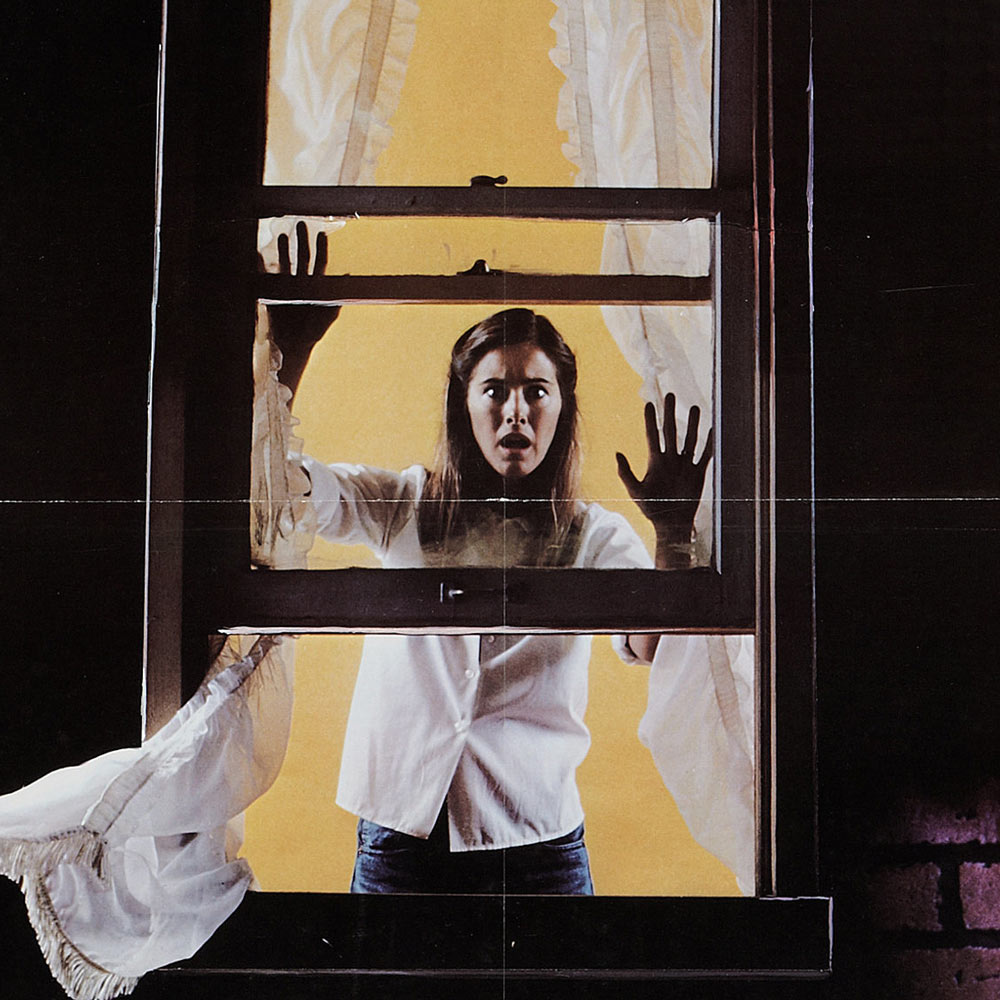 I recently stumbled across the special “Women in Danger” episode of Sneak Previews you did with the late Gene Siskel. Having watched it, it stirred something in me that made me want to give you my opinion about that particular show even though it’s been 32 years.
I’m well aware that I have the power of retrospect and that I am of a different generation but still not all points you make in the episode are valid.

The show starts of with you and Gene elaborating about how a lot of pictures released at the time dealt with violence directed at women. You show a scene from “When A Stranger Calls”, a commercial for “The Boogeyman” and you also question the tag lines from the ads. I can’t quite understand how you could accuse these tag lines as they are clearly thought up by some advertising guy to sell the movie and aren’t really that violent at all. None of the tag lines actually deal with violence directly aimed at women. Tag lines for horror movies always are a bit unsettling; they always need be some kind of warning and have that sound of impending doom in them just as tag lines are supposed to be humorous when it comes to comedies or heart warming when it comes to a family movie. Alien had the tagline “In space no one can hear you scream”. How is that different from “If you’re not back by midnight you won’t be coming home”? The only difference is that Alien is a vastly superior movie.

I can see why you picked the commercial for “The Boogeyman” as it clearly uses female nudity to sell the movie to the public, but I don’t think that all of these so-called “Women in Danger” movies do that. Some of the movies you mention do feature a female-dominant cast, but that also means that in the end the only survivor would be a woman as well, as evil is almost never triumphant in these kinds of movies.
But the major criticism I have on this matter is that you and Siskel completely neglect the fact that there are male characters in these movies too, and that these male characters get butchered just the same. When you think of it, the only time a male character survives a movie his female love interest does too. On the other hand, when a woman survives a movie she is almost always the last person standing and probably lost her boyfriend as well. You might say that these movies actually empower women as they clearly have a woman be victorious and defeat a (male) serial killer in the end.

Gene had this theory that these movies were made as a reaction to the growth of the women’s movement, which you agreed upon. I don’t think that that is the case here and that you were reading too much into the existence of these movies. The real reason they were produced on a large scale was that they didn’t cost must and really made a lot of money. True, nine out of ten were made by untalented people so the eventual movie was crap, but they didn’t have some sort of political agenda. You do later acknowledge that these movies are made purely for the money rendering the whole political agenda argument useless.

You ask what these women did to deserve all the torment they receive and come to the conclusion that they are independent women who need to be punished for being just that. I personally think that the choice for endangering women instead of men comes from natural instincts. Men care for women and want to protect them, so they feel empathy for the females in danger. Men are expected to be strong, so when a man is face to face with a serial killer we think he’s a wuss when he loses or runs away. When the killer kills a couple of men that not only makes the character more dangerous to the final girl standing, it also makes her victory more glorious.

You then point out Friday The 13th. The remark you have about this movie is that scenes are shot from the killer’s point of view as if the movie is asking the audience to identify with the killer. This is where you completely seem to miss the point. In Friday the 13th all those scenes are shot that way to keep the identity of the killer a secret, the secret that the killer is actually a woman. This woman killed eight people in this movie of which four are men and the lone survivor is a young woman. So you’re talking about movies that put women in danger, yet all the men get killed.

You two have some true remarks about that these movies have scantily clad women and gratuitous nudity and that women in these scenes seem to get punished. I can’t disagree with you on that, but then again men who had sex or did drugs also never made the end of the movie alive. But what shocked me the most was that Gene basically wanted to ban these movies because they could give people the wrong idea and once again you did not oppose that notion. I can understand conservative parents and/or religious groups wanting to ban media that they consider being dangerous whether that would be music, movies or video games, I just never expected movie critics to say the same thing. You and Gene complain about seeing these movies week in, week out but how many women have you raped and killed? You can’t seriously be asking for a ban just because you sat next to a disturbed guy? If the audience cheers for the killer, apparently the victims aren’t really likable as would be the case in most movies. In Halloween all the victims were innocent people, in later movies the teens would mostly consist of various stereotypes like the obnoxious jock, the hot bitch and the annoying nerd. Luckily you did later in the episode oppose to censorship.

A couple of times “I spit on your grave” is mentioned and yes this is a shoddy made picture but somehow everybody seems to forget one thing about it despite it being stated on the poster: the woman in the movie kills a couple of men who raped her. I guess most people never read the lines and just stare at that butt. Which brings me to the movie’s major fault: the sexualization of the female lead. Everybody just talks about the lengthy rape scene completely ignoring that the second half of the movie features the rapists getting mutilated by the woman, who uses her sexuality as a trap to get these men alone. In the end this is a movie about a strong woman who takes justice in her own hand and even castrates a guy. It’s just too bad it wasn’t a talented cast who made this movie. I know you oppose to the whole revenge thing as stated in your review of the 2010 remake, but that didn’t stop you from liking other movies with a revenge motive like Death Wish. It’s funny that this movie is so hated, while another movie with raping rednecks is considered a classic. I’m talking of course about Deliverance which features some backwoods rednecks raping Ned Beatty. Maybe it’s because the poster didn’t feature his butt.

In conclusion I think that you two overreacted when it came to these kinds of movies. You have read the subtext (sex and drugs will get you killed) right which would become much parodied later on, but you see a political agenda behind these movies that isn’t really there. Yes, most of these movies are badly made and as a critic it’s you job to tell us that, but it isn’t really your job to condemn these movies and basically say that you’re a bad person if you attend them. The public always gets what the public wants and if the public pays good money again and again for cheap badly made movies, can you blame the studios for releasing them? And the irony of the whole thing: the profits these movies made also went into big budget award winning movies. It could very well be that what you consider to be some of the greatest movies ever were made partially thanks to the profit Prom Night or Friday The 13th made.

I am very curious how you view these movies and their legacy nowadays.